Fundamentals: Everyone is certain this is a bear market rally. Bear market or not, the S&P corrected 20.8% from its high to low, a move of 1001 points, and we are unaware of anyone who has consistently and comfortably made money getting short after a 20% correction, nonetheless a 15% correction. It is absolutely a possibility that stocks could roll back over any moment, however, timing such is significantly less important than having a sound strategy. We may have turned cautiously Bullish in Bias a few days early, but we guided you through the bottoming processes: how a VIX blowout was unnecessary, the Fed sounding a bit less hawkish, China reopening, earnings, the inverse head and shoulders, seller’s exhaustion and finally a trend line breakout. As we noted here yesterday, from a trader’s perspective, we are comfortable watching a few rounds; the S&P did just rally 10%. Although this certainly does not mean we expect the stock market to roll back over and in fact remain upbeat, but monetizing the move is simply part of our gameplan. Whether you are a trader, now watching a few rounds, or a portfolio manager raising 2-5% cash from near zero, something we also began doing yesterday, it is all part of reassessing the market and having a sound strategy.

The Federal Reserve begins normalizing their balance sheet today. They are allowing expiring bonds to mature without reinvesting the proceeds. This is arguably known as Quantitative Tightening, as they are not deliberately selling down those assets. The bank set June 1st as the start date, but the impact of this reduction will not be realized until the first set of bonds mature on June 15th. Still, the financial system must prepare to see $47.5 billion less per month in liquidity each of the next three months, before increasing the pace to $95 billion.

Salesforce topped earning estimates after the bell yesterday with mixed but stable guidance. The stock is up 10% in the premarket and helping to set a positive tone.

The economic calendar through the end of the week is jam-packed and begins today with final SPGI Manufacturing PMI due at 8:45 am CT, followed by the more closely watched ISM Manufacturing at 9:00 am CT, along with JOLT Job Openings. New York Fed President Williams speaks at 10:30 am CT and the hawkish St. Louis Fed President Bullard speaks at noon CT. The Fed’s Beige Book is released at 1:00 pm CT.

Technicals: U.S. equity benchmarks are digesting the recent run and are stable ahead of the opening bell. Yesterday’s gyration did not do anything wrong; the S&P held our first major three-star support at 4108-4109, now 4102.75-4109, and the NQ battled well out above Friday’s opening range low of 12,402. Both indices also responded to these levels of support, buyers showed up, which has recently not been the typical case and signals there may be legs to this rally. Ultimately, traders must take it one day at a time in this environment. Did the market do anything wrong today? In our mind, closing to a new low on the week and a failure to respond to major three-star support at … Click here to get our (FULL) daily reports emailed to you!

Fundamentals: Crude Oil reversed sharply yesterday from its 119.98 peak, a fresh July contract high and highest front-month price since March 9th. The move came on reports OPEC+ could suspend Russia from their production pact. The market rallied overnight Monday, discounting the loss of Russian Oil after the EU announced a ban on imports by sea. The OPEC+ news would pave the way for Saudi Arabia and the UAE to increase output to make up for the loss of Russian Oil. If there is spare capacity, it is believed these two counties have it. This all leads into tomorrow’s OPEC+ meeting, and we are likely to hear developments between now and then.

Technicals: Price action reversed sharply in front of the round $120 mark, but its reversal has so far held constructive groundwork. We will continue to watch the breakout range of 116.43-117.07; decisive price action above here is needed to stoke higher prices. We have several layers of strong support and yesterday’s weakness responded to the first, only sticking its nose below briefly at … Click here to get our (FULL) daily reports emailed to you!

Fundamentals: Gold and Silver slipped sharply yesterday and overnight as Treasury yields were on the mend. On this first day of the month, we are seeing a rebound in precious metals after the intraday open at 7:20 am CT; end and start of month volatility in precious metals is something we often speak of. It is Platinum leading this higher, gearing for $1000 and the highest since April 19th. As we head into a deluge of economic data through the end of the week, beginning with ISM Manufacturing at 9:00 am CT, it will be the rate and currency complex that will most impact Gold and Silver; strengthening rates and U.S. Dollar will weigh on metals, but a retreat and strength in the Chinese Yuan will help pave a path of least resistance higher. Also, keep an eye out for Fed speak, New York Fed President Williams talks at 10:30 am CT and the hawkish St. Louis Fed President Bullard speaks at noon CT.

Technicals: Gold did slip below our first major three-star support, but both Gold and Silver did respond to a do or die level early this morning. This morning’s strength has both trading back above our momentum indicators, denoted as our Pivots and this should help lead a rebound. It is likely that we now have our line in the sand, a break and close below major three-star support in Gold at … Click here to get our (FULL) daily reports emailed to you!

Taking Profits While the Market Tanks 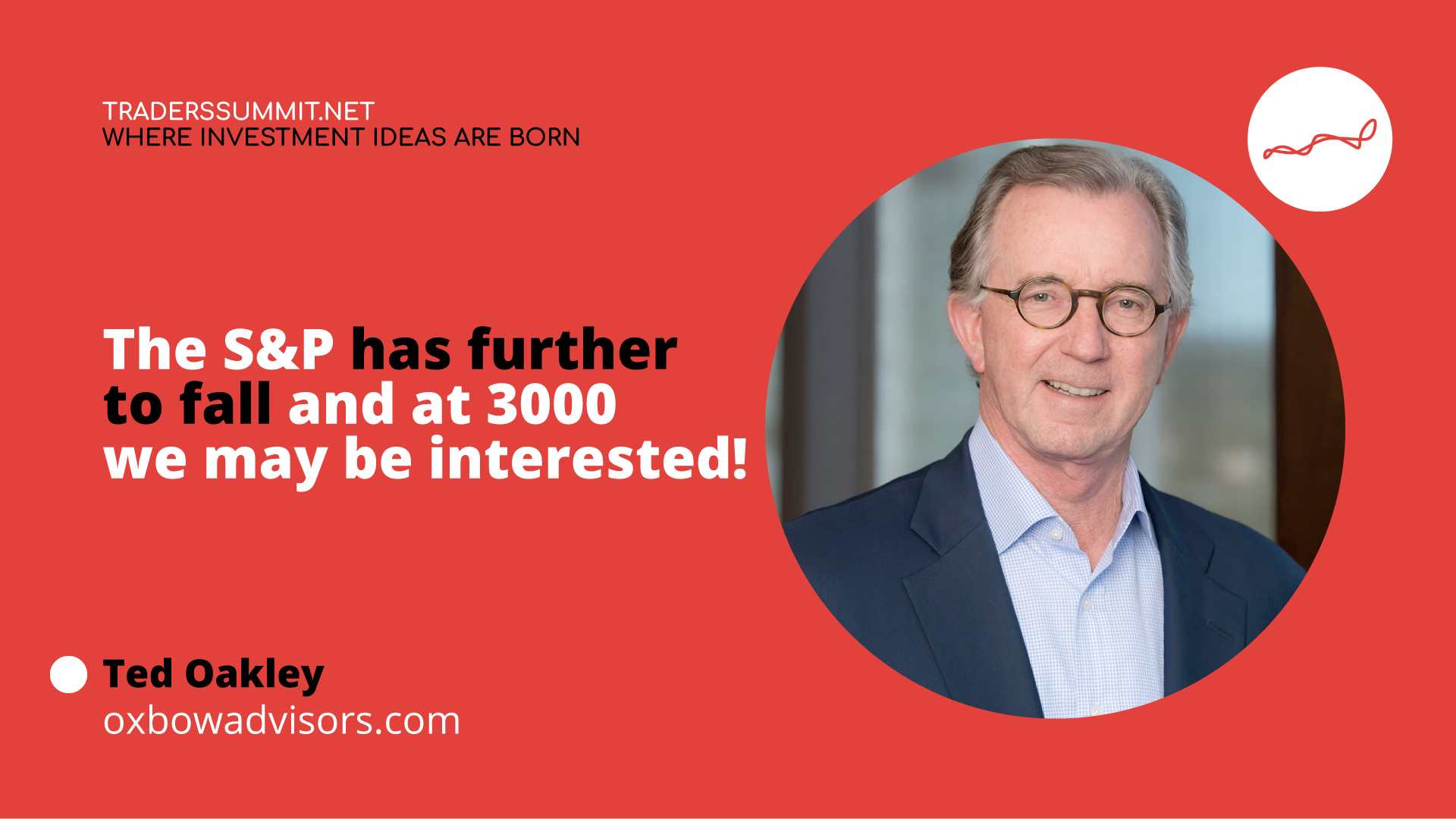 The S&P has Further to Fall and at 3000 we may be Interested!