Last week was primarily dominated by the debate over when the Federal Reserve will taper its asset purchases, in other words, tighten. Publicly the Fed, in particular Jerome Powell, has been repeating its commitment to its dual mandate of full employment and low inflation through an ultra-loose policy. After months of the same mantra, a sentence in the minutes of the last FOMC meeting, released Wednesday, was pounced on by the markets. The seemingly innocuous remarks made by “various participants” that at “some point in upcoming meetings”, the pace of asset purchase may need to be adjusted were enough to make equity markets fall, yields to rise, and the dollar rally. Although the moves were relatively short-lived, the speed and sharpness of this reaction was a warning of the shakeout that the markets will encompass when tightening does occur.

There has been unprecedented volatility in cryptocurrencies, which continued into the weekend, with Bitcoin falling over 15% yesterday. The established financial markets most often ignore this asset class, but the volatility is starting to worry stock markets. Investors fear that losses in the crypto markets will lead to liquidation in the equity markets, causing a flight to safe-haven currencies such as the dollar. If the slide in cryptocurrencies continues, we will be watching out for signs of contagion and any knock-on effect to currencies. The ongoing will they won’t they tapering discussion will continue to be the central narrative in the week ahead.  As the month draws to a close, book rebalancing will start to influence markets, and it looks to be a lively end of the week with a long weekend ahead on both sides of the Atlantic and the release of US Personal Consumption data.

Sterling spent most of last week gradually edging up against the greenback and has opened this morning at $1.4150, just above its important support level of $1.4145. If it manages to hold this level, technical traders are looking for it to advance towards its highest levels for several years of $1.4500. Despite the performance of the UK in the Eurovision song contest, sterling is still holding up well against the euro, opening at €1.1615. With a dearth of macroeconomic data in the week ahead, we will be focusing on whether the so-called Indian variant of covid is spreading and likely to disrupt the final re-openings on June 21st. After last week’s surprisingly strong retail sales and better than expected unemployment report, we have an unusually quiet week ahead with no data scheduled to be released apart from the Public Sector Borrowing Requirement tomorrow. It is also slow on the speech front, with only BoE speakers Silvana Tenreyro tomorrow and Gertjan Vlieghe on Thursday.

With the economic recovery lagging behind both the US and the UK, the ECB has so far been keen to continue its dovish policies. This was backed up by its President, Christine Lagarde, who said on Friday that due to the ongoing uncertainty that its accommodative stance would remain for months to come. With these remarks in mind, the euro is likely to ease against both the dollar and sterling. Today could be a quiet session for the euro with several European countries on holiday, including France and Germany, celebrating Whit Monday. Tomorrow Germany releases its Gross Domestic Product (GDP) for the First Quarter and also the Ifo Business climate reading for May. The highlight of the Eurozone data calendar next week will almost certainly be the May readings for consumer and business confidence. There is also a special European Council meeting, but the main focus will be on climate, not economics and is unlikely to move the markets. The only noteworthy speaker is ECB Chief Economist Phillip Lane, who is on an “ECB Listens” panel tomorrow.

In the week ahead, investors worldwide will continue to try and second guess when the Federal Reserve will start to tighten by tapering its asset purchases. With contrasting messages coming from employment and price data, the debate is likely to continue for some time, certainly until the next FOMC meeting in June, leading to choppy markets. Looking ahead, the US has a relatively sparse data calendar in the week ahead, and none on the docket is likely to sway the Fed away from its present stance of pedal to the metal. The data week starts tomorrow with Consumer confidence and New Homes Sales. We then have a lull until Thursday, which is the busiest day on the data docket with further reports on the state of the housing market in the shape of Pending Home Sales alongside the weekly Jobless Claims and Durable Goods Orders. Also released on Thursday are revisions to the first-quarter GDP figures, and Treasury Secretary Janet Yellen is slated to speak. Ahead of the long US weekend celebrating Memorial Day, one of the Fed’s favoured data sets, Personal Consumption, is released on Friday. We will be listening for any hints on tapering timing when Lael Brainard (this afternoon) and Randal Quarles (tomorrow), both from the Federal Reserve, take to the stage.

The Swedish krona saw some fast swings and movements last week, but they were all within a narrow range. On Friday, it appeared as if it would hit a month high against the euro but managed to lose some ground just before the closing bell.  This week is quite macro data-intense with the PPI figure out tomorrow, followed by the Unemployment rate on Wednesday. More Swedes are expected to have found jobs, but the level is still likely to show that 9% of the population is unemployed. On Thursday, we get the Consumer Confidence figure and the Economic Tendency Survey. Finally, Friday finishes the week off with the Trade Balance being reported as well as the GDP figure and then the latest Retail Sales. Sweden’s economy is expected to have grown by 1.1% on a Quarter-On-Quarter basis but not expanded on a yearly basis. The latest data from the high street is expected to be a sombre affair with sales declining 1.5% on a Month-On-Month basis.

Norway’s currency, the Norwegian krone, has weakened throughout May and lost a lot of ground against the euro last week. Weaker GDP figures than expected and lower inflation figures than anticipated have contributed to its current lacklustre performance. Nevertheless, it is now trading well above the important 10.0000 mark against the euro. This week we will watch the Unemployment Rate, released on Friday, which is expected to come in at 3.5%, an improvement of 0.5% from the previous month. 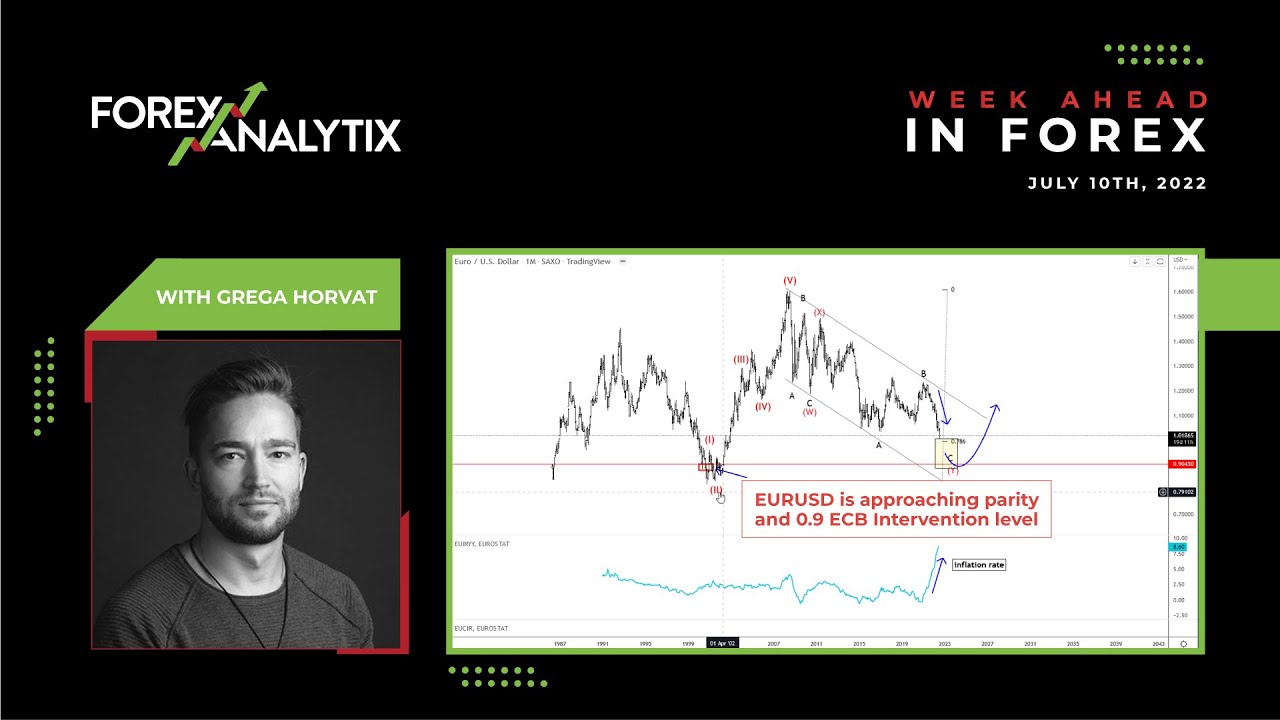 US Jobs and OPEC+ Day

AUD: Ready For Some Gains?