Yesterday’s greenback gains have been mostly reversed today. New efforts by China in its property market and anticipation of more stimulus helped rekindle the animal spirits today. Asia and Europe shrugged off yesterday’s losses on Wall Street and the rally in bonds continued. The 8-12 bp decline in European benchmark 10-year yields comes even though the final composite PMI was better than expected fanning hopes of a short and shallow economic downturn. The Australian dollar is leading the G10 currencies higher with the help of the risk-on mood and reports suggesting that after two years, China may resume buying its coal.

Still, dollar’s setback is stretching the intraday momentum indicators, and this may discourage early North American operators from chasing the G10 currencies higher. The US 10-year yield is below 3.70% after reaching 3.90% at the end of last year. The minutes from the December FOMC meeting will be released later today and the outcome of the meeting was regarded as hawkish. We suspect that the market is under-appreciating the risk of a 50 bp hike at the conclusion of the FOMC meeting on February 1 and expect the greenback to find a better bid ahead of Friday’s jobs data.

The US dollar recorded its six-month low against the yen yesterday (i~JPY129.50) in thin conditions with the Tokyo markets still closed for the extended holiday. The greenback recovered to almost JPY131.20 in Europe and North American turnover. Having been caught off-guard by the Bank of Japan late last month, macro drivers are cited behind the yen’s move. Yet, we are still struck with what appears to be record BOJ bond buying last month (~JPY17 trillion, or ~$128 bln). As Tokyo markets reopened today, the BOJ stepped in again, the fourth consecutive session, with unscheduled bond purchases. It offered to buy unlimited amounts of two-five-year notes and JPY600 bln (~$4.6 bln) of one-to-25-year bonds. The 10-year yield firmed to 0.47% and a new 10-year bond will be auctioned tomorrow. The longer-dated JGBs are not capped, and the yield increase was more modest. The 20-year yield rose from about 1.18% on December 19 to a high of 1.33% last week and edged a little higher today. The 30-year yield rose nearly 10 bp to about 1.64% last week and to 1.66% today.

There were hints late last year that China would improve trade ties with Australia. Recall that following former Prime Minister Morrison’s call for an investigation into the origins of Covid that Beijing retaliated by disrupting trade in a number of products including coal (and wine, beef, lobster). Reports today suggest that Beijing may move to ease the coal import restrictions as soon as April. Australian coal producers rallied on the reports and some link the surge in the Australian dollar to it, as well. Despite China’s embargo, Australian coal exports have been robust.

The US dollar ticked up in early Asian trading as Japanese markets re-opened to reach almost JPY131.50 before coming off to dip below JPY130 ahead as European activity got under way. The initial bounce stalled ahead of JPY130.60. Yesterday’s low was near JPY129.50. A close below JPY130 could target the JPY128.60 area. Part of the pressure may be coming from the decline in US rates, where the 10-year yield has fallen by about 20 bp since the end of last year. The Australian dollar fell 1.1% yesterday and has recouped it in fully today, 2.2% today almost $0.6885. It is pushing above the 200-day moving average (~$0.6855) for the first time since last June. The next target is $0.6900, where is peaked last month, and then $0.6915, which is the (50%) retracement of the decline from last April’s peak near $0.7660. As one would imagine, the intraday momentum indicators are stretched, and the upper Bollinger Band ($0.6875) has been frayed. Broad dollar weakness has helped the Chinese yuan recovered from yesterday’s pullback. The dollar settled near CNY6.9150 yesterday and fell to CNY6.8790 today. The PBOC set the dollar’s reference rate at CNY6.9131, slightly lower than the median in Bloomberg’s survey for CNY6.9134.

At the end of last year, Spain reported softer than expected December CPI. The EU harmonized measure fell to 5.6% from 6.7%, helped by government tax breaks on electricity and gas bills. Yesterday, Germany reported its EU harmonized CPI fell to 9.6% from 11.3%. It too was helped by government assistance in reducing gas bills for some households. France followed suit today. The EU harmonized measure of CPI eased to 6.7% from 7.1%. Economists surveyed by Bloomberg anticipated a gain to 7.3%. Note that the energy cap is being adjusted this month and next that will allow household bills to rise by 15%. Italy reports tomorrow, while the eurozone aggregate figure will be released Friday. ECB President Lagarde, who pre-committed the ECB to a 50 bp hike when the next meeting concludes on February 2, suggested that the central bank will look through the downticks in headline inflation spurred by limited fiscal measures. She warned prices pressures could snap back when the subsidies/tax breaks end later this year.

The final December composite PMI in the eurozone was better than the preliminary estimate suggested. The warmer-than-expected winter so far is also fanning ideas that much-anticipated economic downturn can be short and shallow. Germany and France’s flash estimates were revised higher, and Italy and Spain’s readings were stronger than expected. The net result is that the eurozone composite PMI was revised to 49.3 from the 48.8 flash and 47.8 November report. Although it remains below the 50 boom/bust level, it rose for the second consecutive month for the first time since June-July 2021.

The euro settled yesterday slightly below $1.0550, its lowest close since December 12. It meandered most of the Asian session below $1.0580 but caught a bid before the European session began and extended its gains to $1.0635. Yesterday’s high was near $1.0685. With the intraday momentum indicators stretched, the scope for additional gains may be limited to around $1.0650. Sterling also recovered from yesterday’s drop that took it to almost $1.19, which it has not traded below since November 23. It has bounced to yesterday’s high (~$1.2085) where it has stalled. Here too, the intraday momentum indicators are stretched, ostensibly warning against chasing it higher in early North American activity. It was capped in the $1.2100-25 area over the holiday period, and the 20-day moving average is near $1.2135.

After delivering four 75 bp hikes the Fed downshift to a still large 50 bp hike in December. The minutes of the meeting due later today will provide some color. Most importantly, the minutes may shed some light where the bar is to ratchet back to 25 bp at the next meeting, which seems to be the consensus view at the moment. We argue that the risk of another 50 bp move is greater than the Fed funds futures suggest. In a nutshell, the economy appears to be growing too fast to allow price pressure to recede fast enough from the Fed’s point of view to avoid them becoming embedded into business, household, and consumer expectations. The Atlanta Fed’s GDPNow tracked was revised to 3.9% yesterday from 3.7%, which is roughly twice the pace that the Fed (median) sees as non-inflationary. We note that the market took the December statement and press conference to be hawkish, as bonds and stocks sold-off. The November JOLTS may attract attention, given Fed Chair Powell’s references to it. It has been trending lower since peaking last March (~11.85 mln job openings) and is expected to fall to around 10.03 mln, the lowest since June 2021. In the March through November 2022 period, nonfarm payrolls rose by a cumulative 3.087 mln.

December’s manufacturing ISM is unlikely to add much to what the market already knows from the manufacturing PMI. Activity has slowed. The manufacturing PMI was below the 50 boom/bust level for the second consecutive month. The ISM likely was too. Weakness in new orders suggests a challenging outlook. Auto sales are expected to have slumped to a four-month low in December of about 13.4 mln vehicles at a seasonally adjusted annualized rate. Monthly sales have averaged almost 13.8 mln through November and nearly 15.2 mln in the first 11 months of 2021. According to Cox Automotive, auto inventories have crept up to 53 days at the end of November, the highest since March 2021. However, they are still low by historical standards. In November 2019, for example, auto inventories were closer to 86 days of supply. Mexico also reports December auto sales today. Mexico’s auto sales have been improving. Through November, they averaged 87.75k (not seasonally adjusted) and 83.39k in the first 11 months of 2021. The have averaged 90.94k in the three months through November.

The US dollar rose slightly more than 0.7% against the Canadian dollar yesterday, its largest gain in a couple of weeks, and approached CAD1.3685. Rebounding US equities and the risk-on sentiment have offset the continued pullback in oil prices. February WTI is off 2% after yesterday’s 4.1% drop. It has approached $75 a barrel, the lowest in nearly two weeks. The greenback has returned to the CAD1.3550 area. Support is seen in the CAD1.3480-CAD1.3500 band. There are options for about $320 mln at CAD1.3480 that expire today. The greenback settled softly against the Mexican peso yesterday (~MXN19.4070) and has weakened more today. It is toying with the MXN19.32 area in the European morning. It found support last week near MXN19.30. A break could target MXN19.25. Meanwhile, concern about the early talk from Brazilian President Lula and Finance Minister Haddad continue to spook investors and this has weighed on the Brazilian real. The greenback rose nearly 2% yesterday and 1.5% on Monday. It has risen in five of the six sessions since December 23 for a cumulative gain of about 5.8%. After settling near BRL5.4625 yesterday, some consolidation seems likely today. Initial support may be around BRL5.40 and then BRL5.36.

Are Currency Futures Better Than Forex? 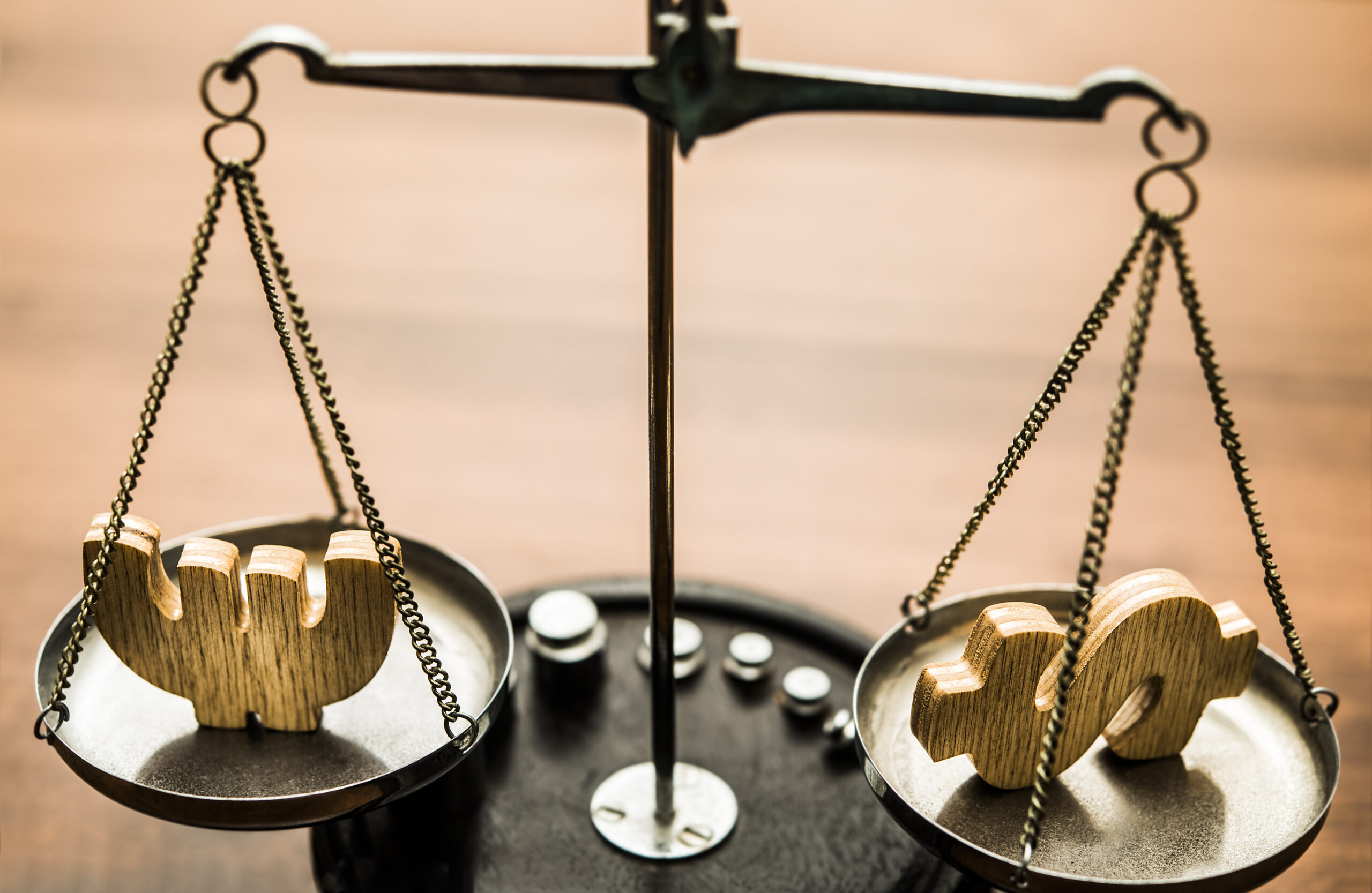 If the Market Holds Watch Bitcoin and the Biotech Space