Profit-taking on long dollar positions was seen ahead of the weekend.  The yield on the December 2022 Eurodollar futures slipped to finish unchanged on the week that saw CPI and PPI reports. The preliminary University of Michigan’s consumer confidence measure tumbled to its lowest level since 2011 as the delta variant flares, leading to new social restrictions and delays in the return to work in the US for many.

The market appears to have fully discounted a Fed hike at the end of next year.  Although at the June FOMC meeting, two officials thought that two hikes by the end of 2022 would be appropriate, the market, investors seem reluctant to give countenance now.  This, coupled with the proximity of key support like $1.1700 in the euro, $0.7300 in the Australian dollar, and $1.3780 in sterling, and the summer doldrums may see a consolidative phase, though, with speculation of a hint of tapering later this year from Jackson Hole, the greenback’s downside may be limited.  Still, Norway and New Zealand’s central banks meet in the coming days and will likely provide a timely reminder that the Federal Reserve is not in the front of the queue.

Before turning our attention to the technical analysis of the currencies, it may be worth going over the math behind our judgment that a 25 bp hike has been fully discounted by the December 2022 fed funds futures, especially given others claim that a rate hike is expected early 2023.  The first thing to note is that the futures contract settles at the average effective fed funds rate for the month, not the target rate or the end of month rate.

Dollar Index:  After stalling in the middle of the week at last month’s high (~93.20), the Dollar Index sold off ahead of the weekend to new lows for the week near 92.45.  It nearly retraced half of this month’s gains.  The next retracement target is close to 92.30.  It seems premature to play for the potential double top pattern.  Let’s revisit it when the neckline (~91.80) comes into view.  The MACD appears to be stalling in the middle of the range, while the Slow Stochastic is still moving higher.  The Dollar Index lost about 0.33% last week.  It is only the fourth weekly decline since May 21.

Euro:  One of the most important technical developments last week was that the $1.1700 level, the year’s low set in March, held.   That area represents the (38.2%) retracement objective of the rally since March 2020 when the euro visited the $1.0625 area.  Below there, support is seen in the $1.1600-$1.1650 area, though the next retracement objective (50%) is slightly below $1.15.  The MACD did not confirm last week’s low, setting up a potential bullish divergence.  The Slow Stochastic did continue to trend lower last week but is stabilizing in oversold territory.  The lower Bollinger Band was frayed as $1.17 was approached, but the short-covering ahead of the weekend lifted it toward the middle of the band (20-day moving average), which comes in near $1.1800.  The $1.1830 area corresponds to the (61.8%) retracement target of this month’s decline.

Japanese Yen:  The rise in US yields helped propel the greenback to a one-month high near JPY110.80 in the middle of last week after a 2.5-month low was recorded in the previous week around JPY108.70. After peaking at midweek, US rates stalled, and the dollar was sold ahead of the weekend.  New lows for the week were visited as the dollar was sold through the 20-day moving average (~JPY109.95). The dollar approached (61.8%) retracement near JPY109.50. Its five-day advance fizzled, and a three-day decline is in tow to start the new week.   The MACD is gently edging higher, while the Slow Stochastic is pushing into overbought territory.

British Pound:  Sterling fell to new two-week lows before the weekend near $1.3790 and just ahead of the 200-day moving average (~$1.3780) but recovered as the session progressed to reach $1.3875.  Resistance extends into the $1.3890-$1.3910 area, though last week’s high was set a little higher, and the more formidable resistance is the old $1.40 area.  The two-week downtrend will begin the new week a little above $1.3900.  The momentum indicators are mixed and not particularly helpful here.  Still, sterling finished the week a touch lower.  Since the end of May, sterling has risen in only three weeks.  It was the only major currency besides the Swiss franc to slip against the dollar, and pressure from the cross may have contributed.  It fell against the euro for the first time in four weeks and only the fourth time since late April.

Canadian Dollar: Last week, the US dollar barely traded outside the August 6 trading range (~CAD1.2495-CAD1.2580).  To further underscore the sideways movement, consider that for the fourth consecutive week, the greenback settled between CAD1.2500 and CAD1.2530.  The MACD is trending higher while the Slow Stochastic has turned down. The US dollar flirted with the 200-day moving average (~CAD1.2565) in the first part of last week but posted an outside down day on Tuesday (traded on both sides of Monday’s range and then settling below the previous day’s low).  It found support in the CAD1.2490-CAD1.12500 area.  Speculation of an election call with a vote in late September did not seem to move the market.  A continuation of the status quo seems to be the most likely scenario.

Australian Dollar:  The Australian dollar has held key support around $0.7300 and closed about 0.20% higher on the week.  It was the first back-to-back weekly gains since April.  In the middle of the week, it has put in a roughly $0.7325-$0.7390 range and stayed within it during the last two sessions.  A move above the month’s high near $0.7430 would initially lift the tone and target $0.7500.  Here too, the momentum indicators are moving in opposite directions.  Speculators in the futures market have been net short the Aussie since early June, and the 50-day moving average broke below the 200-day moving average (dead man’s cross) last month.  The (38.2%) retracement objective of the Aussie’s rally from March 2020 low (~$0.5500) is found near $0.7050, which roughly corresponds to the possible head and shoulder tops measuring objective.

Mexican Peso:  The dollar was turned back on August 10 after briefly and barely trading above the 200-day moving average (~MXN20.1360) as the market prepared for the Banxico rate hike delivered on August 12.  Although “buy the rumor sell the fact” activity was seen as the greenback recovered and closed higher on the day.  However, the dollar fell ahead of the weekend and closed at the lowest level in more than a month.  Still, the broad sideways movement is reflected in the convergence of the 20, 50, and 100-day moving averages  (~MXN19.99-MXN20.02).  Support is seen near MXN19.80. which is also where the lower Bollinger Band starts the new week.

Chinese Yuan:   Net-net, the dollar did not change by more than 0.1% against the yuan in any session last week for the first time since November 2019.  The greenback slipped marginally against the yuan for its second weekly loss since the end of May.  The exchange rate remains within the CNY6.45-CNY6.50 area, which has mostly prevailed for the past two months.  With turmoil from the surging virus, the shutting of a key port, the regulatory crackdown, it is little wonder that Beijing prefers a very stable exchange rate. Moreover, China’s high-frequency data is expected to show a gradual slowing of the economy, confirming what the PMIs have suggested. As a result, the PBOC is expected to ease policy again, likely through reserve requirement ratios over the next few weeks. 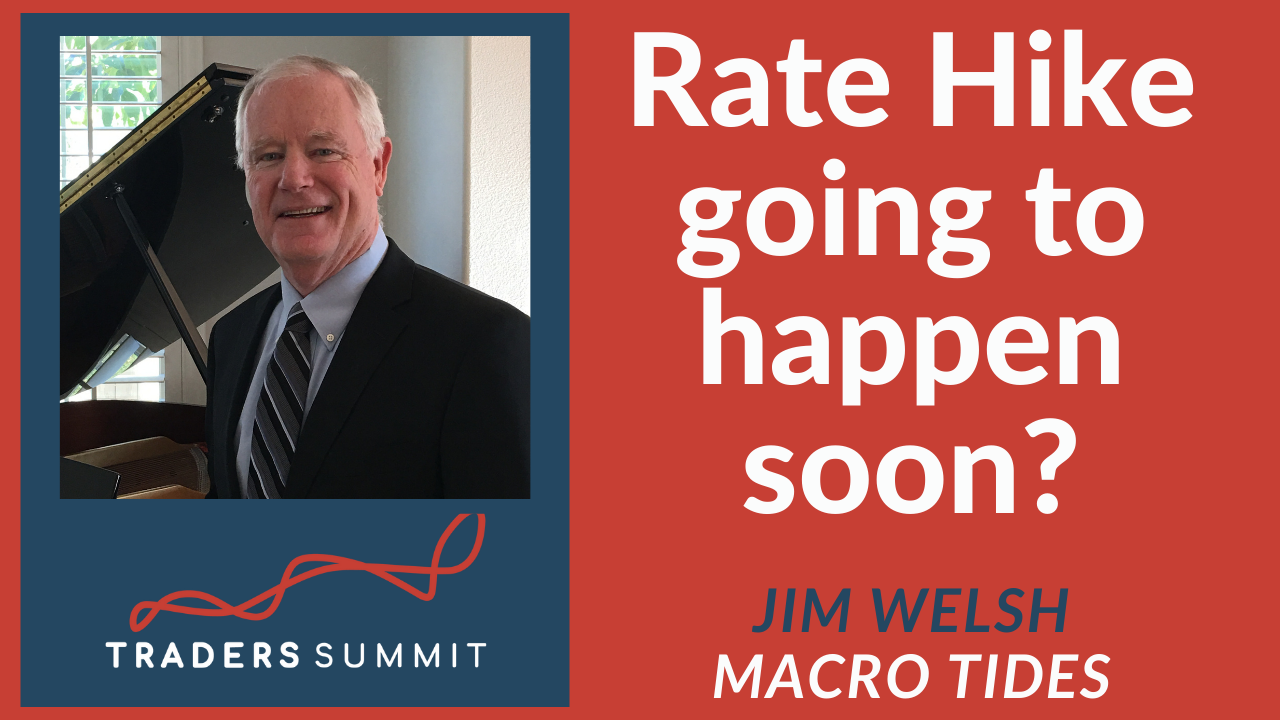 Is a Large Interest Rate Hike Going to Happen Soon?

Powell Sent the Dollar Lower. Will the August Jobs Data Bring it Back?

How to Trade in Uncertain Markets