US Government Shutdown Averted, while Equities Continue to Slide

•    The US dollar is mixed as the North American session is about to start.  The upside momentum that carried it to new highs for the year appears to be stalling ahead of the weekend.
•    Investors have continued to sell equities, and bonds have caught a bid.
•    Japanese data surprised on the upside, setting the stage for a stronger rebound in Q4 as the formal emergency has been lifted and fiscal stimulus is expected.
•    The eurozone CPI rose to 3.4% in September, a little more than expected, while the final manufacturing PMI was shaved to 58.6, a seven-month low, but hardly weak.
•    The UK energy crisis is part of a larger labor issue that has impacted poultry, construction, and warehouse activity.
•    The US has a full slate of economic reports, including the final manufacturing PMI, and ISM.  The personal income and consumption data will help shape Q3 GDP forecasts, while the deflators may have stabilized.  The Fed targets the headline PCE deflator.
•    Mexico and Colombia hiked rates by 25 bp yesterday and are likely to hike rates again in Q4.

Investors continue to sell equities today.  The Asia Pacific was a sea of red, with Japan, Australia, and Taiwan off 2% or more.  It is the third consecutive weekly loss for the regional benchmark.  Europe’s Dow Jones Stoxx 600 is off less than 1% through midday and is down around 2.6% this week, the most since January.  US futures are 0.5%-0.7% lower, setting the stage for one of the worst weeks of the year.  The bond market is subdued. The 10-year US Treasury is soft below 1.49%.  It was virtually flat for the week coming into today.  European benchmarks are 3-4 bp softer.   The dollar is mixed against the major currencies, with the Norwegian krone and British pound posting modest gains.   Ironically, on the week, among the poorest performers, the New Zealand dollar (~-1.5%), Norwegian krone (-1.2%), and British pound (-1.2%), have central banks that are seen ahead of the Fed in adjusting monetary policy.  Emerging market currencies are mixed, and the JP Morgan Emerging Market Currency Index is slightly higher after falling for the last five sessions.  It is off for the fourth consecutive week (~-1%).  After a sharp rally yesterday, gold is consolidating above $1750.  Oil is trading heavier, but November WTI is holding above last week’s close (~$74) that will secure the sixth consecutive weekly advance. Singapore’s iron ore futures contract fell almost 2% to give back a third of this week’s gains. Copper is nearly 2% higher to pare this week’s loss to a little less than 3%.  The CRB Index will put the finishing touches on what will likely be the sixth consecutive weekly advance for a cumulative gain of more than 10%.

Japan’s economic data was a pleasant surprise, and it comes as the formal state of emergency is lifted.  The August unemployment rate did not rise as expected and remained at 2.8%.  The final manufacturing PMI was revised to 51.5 from 51.2 flash reading, which is still off from the 52.7 in August.  The Tankan Survey was stronger than expected.  Sentiment among large manufacturers rose to 18 rather than falling to 13 (from 14 in Q2), which is the fifth quarterly improvement and is a new three-year high.  Large non-manufacturers did not see the same strength, but it ticked up to 2 from 1.  The market had expected it to have slipped lower.  Sentiment among small companies remained challenged.  Lastly, the all-industries capex plans improved to 10.1% from 9.6%, all besting expectations.  The expected LDP-led fiscal stimulus may reach the economy as it enjoys forward momentum in Q4.

The first gain in Australia’s manufacturing PMI was not quite as large as initially reported.  It stands at 56.8 rather than the 57.3 reading of the flash estimate.  Still, it is the first increase since May.  Australia’s house prices rose 1.5% last month, the same as in August.  Prices are up over 20% year-over-year.  According to CoreLogic figures, New Zealand’s house prices rose 1.4% and are up almost 28% over the past 12 months.  Separately, the EU has signaled that it will postpone this month’s 12th round of trade talks with Canberra, citing unresolved issues, which seems to be an allusion to the sub-snub. The talks are scheduled to resume in November.

China’s markets are closed until next Friday.  Late yesterday, Beijing reportedly told its top state-owned energy companies to secure supplies for the winter “at all costs.”  China’s coal and gas inventories are thought to be less than its oil stocks, suggesting that is where the focus may be.  China’s own coal miners have been instructed to produce at full capacity for the rest of the year, apparently suspending annual quota caps.  Still, note that China has committed to stop building coal-fired power plants abroad as the US has pressed.  The US Justice Department dropped its extradition request for Huawei’s Meng, setting the stage for the “prisoner” swap.  These are the kind of gestures that may make a Biden-Xi meeting possible, perhaps before the end of the year.

The eurozone September CPI was a little firmer than expected, while the flash PMI was trimmed.  The CPI rose 0.5% on the month, in line with forecasts, but that translated into a 3.4% year-over-year rate, up from 3.0% and above the 3.3% median projection in Bloomberg’s survey.  The core rate was spot-on expectations at 1.9%, up from 1.6%. The aggregate manufacturing PMI was revised to 58.6 from 58.7 and down 61.4 in August.  It is the third month that the manufacturing PMI has eased.  Supply constraints are evident, and new orders and output slowed.  German and French preliminary readings for shaved, and they stand at eight-month lows.  Spain’s came in at 58.1, slightly less than expected after 59.5 in August.  Italy’s exceeded forecasts slightly at 59.7 (instead of 59.5), but still off from the previous report of 59.5.

The decline in the UK’s manufacturing PMI was not as severe as the preliminary estimate implied.  The final report puts it at 57.1, up from the flash reading of 56.3 but still below August’s 60.3.  It is the fourth consecutive fall.  Meanwhile, UK officials try to discourage hoarding of fuel, suggesting an improvement in supply.  Still, the Petroleum Retailers Association reports that a quarter of its stations are without fuel, down from about 50% at the peak.  The government has called in 150 Amry drivers and offered short-term visas for foreign drivers.  However, the underlying labor problem is considerably broader and has impacted the poultry industry (short-term visas have been offered), construction, and warehouse workers.

The euro has steadied after testing yesterday’s low slightly below $1.1565, which is the low for the year.  However, it has not resurfaced above $1.16 today, where a 440 mln euro option expires.  The euro has fallen for the past five sessions.  It settled at $1.1580 yesterday and has not moved more than about 15 ticks from it.  The euro’s weakness is causing some strain on the Danish krone, where the central bank cut key rates yesterday by 10 bp  (deposit rate now is at minus 60 bp).  It has been intervening, selling an estimated DKK50 bln (~$8 bln), so the rate cut represents an escalation of its efforts.  Sterling is trading quietly inside yesterday’s range, which was also inside Wednesday’s range (~$1.3410-$1.3555).  It finished last week at about $1.3680. Without an unlikely strong recovery ahead of the weekend, it will be the fourth consecutive weekly decline for sterling.  Still, a close above $1.3520, which also seems improbable, would help steady the technical tone.

A shutdown of the US government has been averted.  The proverbial can has been kicked to early December, by which time it is hoped to be resolved as part of the large budget deal and would obviously include lifting or suspending the debt ceiling.   Remember, the debt cap limits the US from paying for its past spending that was authorized.  The US reports August personal income and consumption figures today.  Income growth is expected to slow after rising 1.1% in July, while spending likely improved after increasing 0.3%.  There will be keener interest in the deflators.  The Fed targets the headline PCE deflator.  With a bit of luck and favorable rounding, it may stabilize at 4.2%, and the core deflator may slip to 3.5% from 3.6%.  The final manufacturing PMI may confirm the decline to 60.5 from 61.1 in August.  The second consecutive fall should be taken in stride.  A reading above 60 cannot be considered weak.  The ISM is likely to confirm the softening of the manufacturing sector, though the employment component may resurface above 50 after falling to 49.0 in August.  Perhaps amid the various economic reports, auto sales are among the most overlooked, perhaps because the figures trickle in over the course of the day.  Auto sales are expected to have fallen for the fifth consecutive month.  Here shortages are the key force hampering supply.

Canada reports July GDP, which the Bank of Canada already warned could contract after a 0.7% expansion in June.  Nevertheless, the central bank is looking past this near-term weakness and anticipates that the output gap will close around the middle of next year.  Mexico reports worker remittances, a bright spot for the country and the manufacturing PMI.  The central bank hiked rates 25 bp yesterday.  By pushing out for another six months when it expects the CPI to converge with its target (now Q3 22), the signal was hawkish.  Banxico Governor Diaz de Leon has two more meetings before his term expires and will be replaced by former Finance Minister Herera.  Despite fears that AMLO appointments would be dovish, the central bank has hiked rates at three consecutive meetings and the vote this time was 4-1, with only Esquivel dissenting.  The market appears to be discounting 4-5 hikes over the next six months.  Lastly, Colombia joined the regional rate hikes with its first move in several years.  The 25 bp hike was widely anticipated and is likely the first in the cycle.

The US dollar is trading quietly inside yesterday’s CAD1.2630-CAD1.2765 range.  It is straddling the CAD1.27-level near midday in Europe.  The weakness in stocks and the pullback in oil may prevent a return to yesterday’s lows, let alone the low for the week, slightly below CAD1.26, which was a three-week low.  The greenback extended its gains against the Mexican peso to reach almost MXN20.73, a new three-month high but has pulled back to the MXN20.55-MXN20.60 area.  Its near-term fortunes may rest in the broader appetite for risk ahead of the weekend.  The Canadian dollar has rallied against the Mexican peso for the past nine sessions. However, it is over-extended and is consolidating lower levels today. 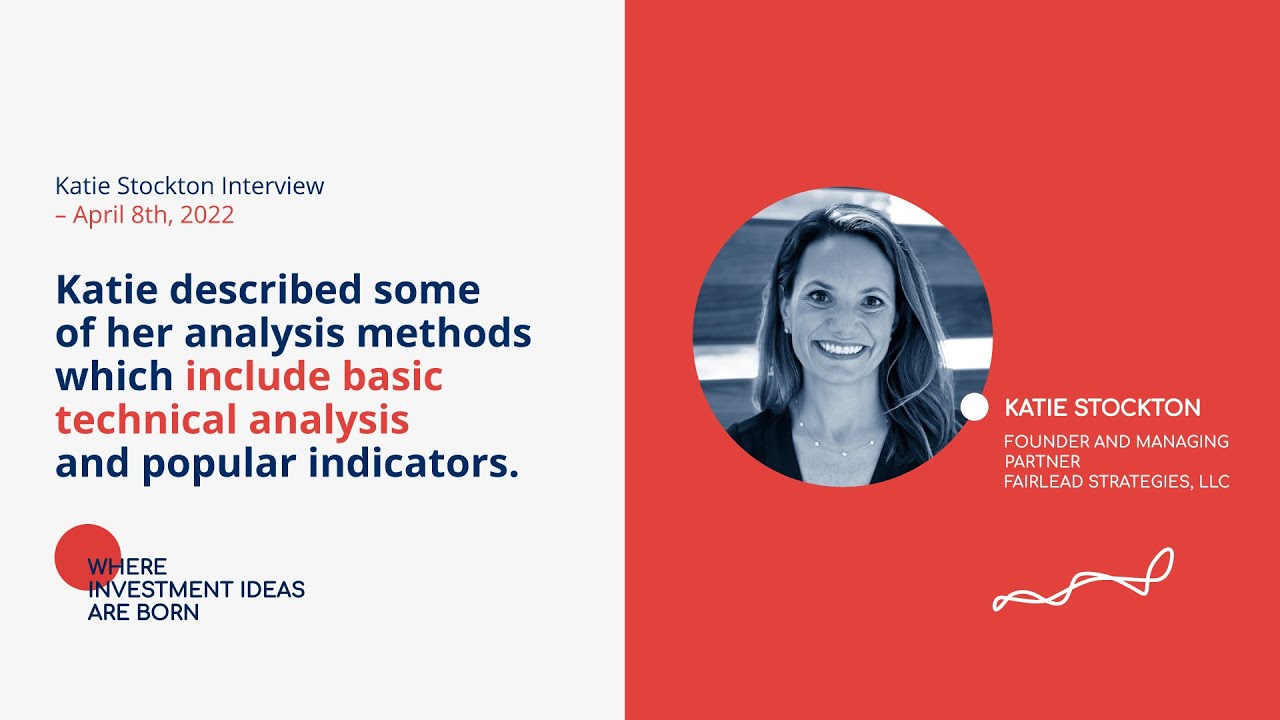