Fundamentals: U.S. benchmarks digested Friday’s gains yesterday and now find themselves at an inflection point. The U.S. Dollar has legged to the lowest level since the February 25th reversal, powering commodities and risk-assets once again. This would be the lowest close since the first trading week of the year for the U.S. Dollar Index. Strength across Asia, led by a 5.16% rebound in Taiwan, set an overnight tone for markets. With a favorable macro backdrop, retail giants are front and center. Both Home Depot and Walmart crushed top and bottom estimates. Each was classified as an essential business through pandemic lockdowns and although those did not start until the back half of Q1 2020 this was a tailwind for sales. Still, each surged passed those high watermarks; Walmart posted a +56% YoY in Net Sales and Home Depot +32.7%. Whereas Walmart raised guidance, Home Depot has not released an outlook for 2021, but spoke upbeat given the strong start to the year. The stocks are both up about 2% premarket.

Today’s economic calendar is overall quiet. Last night, GDP data from Japan underwhelmed. This morning, jobs data from the U.K and GDP from the Eurozone were both broadly in line with expectations. U.S. Building Permits for April are due at 7:30 am CT. Since hitting a high on May 10th, the price of Lumber has fallen 23%. Pertaining to the housing sector, homebuilders, and the overall inflation theme, this is something to keep an eye on. (Disclosure: Blue Line Capital owns PulteGroup)

Technicals: Price action remains firm on the heels of Friday’s strength and a wave of selling yesterday in the S&P was met perfectly by our support at 4134.75, the low from Friday’s opening bell. Despite the fresh wave of buying overnight, we find the tape very contained until a close above rare major four-star resistance at 4183.50-4186. This aligns the gap from last Monday’s close with our recurring 4186 area. Whereas the market could easily chop between 4105.25-4109 and this resistance through the end of the month, a close above here would likely bring a powerful tailwind to new highs. Yesterday settled right within our 4156.25-4158.50 pocket and this will bring first key support; a break below here will allow the bears to attempt to take the driver’s seat on the session. As for the NQ, we have noted how we believe once the markets are ready to go higher, the NQ will outpace during the initial jolt. It has stuck its nose above what has been our rare major four-star resistance at 13,346-13,388, but it has not been able to close above, and you know we like to see decisive closes.

Fundamentals: July Crude is now front month and unlike the June contract, it set a new contract swing high. Broadly powering commodity prices is a weaker U.S. Dollar, the Index is trading at the lowest level since February 25th and a close at this level would be the lowest since the first week of the year. Optimism remains steadfast in front of summer driving season, while reopenings and vaccinations bring added tailwinds within the same narrative. Although Covid cases in Southeast Asia pose a continued threat, a rebound across Asian markets overnight brought a supportive hand across markets. Brent Crude achieved $70 for the second time, the other being May 10th, can it close above here? We do find such price achievements meaningful in continuing to feed an inflationary and economic boom narrative that will build upon itself and therefore we remain Bullish across the space.

Technicals: We have noted here before that contract months after June begin exuding an even more constructive technical landscape. Therefore, we have been buying the September contract; not only do we believe backwardation comes out of the market, but September also broke out above its March high on May 4th. July tapped its March high on May 5th but failed to follow through. Despite the new swing high of 67.01 in June last night, it still has not exceeded its March high. Our only caution at this point is July Crude has not closed above its March high aligning to create major three-star resistance at 66.45-66.70; upon such, we will become more Bullish in Bias once again. Our rising momentum indicator comes in as our Pivot at 66.21 and the bulls are in the driver’s seat while above here. Major three-star support comes in at 65.36, unchanged on the week and a break below here will neutralize this leg.

Fundamentals: Gold officially broke out of its down trend yesterday and there are certainly the obvious drivers we have been pointing to. U.S. Dollar weakness and Treasury stability are both front and center. Today, the U.S. Dollar Index dropped to the lowest level since February 25th and is set to close at the lowest level since the first week of the year. Overnight, Asia gained strongly, and the Chinese Yuan edged higher, still on the verge of a bullish technical breakout. As for Treasuries, since the melt-up stalled in the first half of March, the weekly closing range of the 10-year yield has only been 15 basis points. In February, there were weeks when the 10-year yield essentially gained 15 basis points. Now, there are two other aspects to Gold’s strength that cannot be ignored, and no better time to begin this discussion than when it has officially broken its downtrend. First, Bitcoin has lost more 20% this month, whereas Gold is +6%. In February, Bitcoin mounted historical gains of 40% and Gold lost nearly 7%. These so-called safe havens are clearly battling for dominance within such a narrative and gains can come at the other’s expense. Secondly, there is an impending worldwide shift in the way banks can use their Gold holdings. There are two classifications for Gold holdings: allocated and unallocated. Allocated Gold is wholly owned. However, unallocated Gold is lent out or hypothecated. After the Great Financial Crisis, Basel III was created to set regulatory framework around the globe, and they allowed unallocated Gold to be accounted for just as allocated Gold in order to boost bank’s overall holdings. This framework will be rescinded at the end of June. In order words, the worlds Gold supply will theoretically shrink. Considering all these narratives, it is a great time to have Gold exposure. Although we do not recommend chasing price action, and always lean on picking your spots, at the end of the day what matters most is the sizing of your position in order to manage risk. We can at least find solace in that Gold has now broken its downtrend, but must confirm on a weekly basis, and is still more than 10% from its record set last August.

Technicals: In recent months we have pointed to the shrinking Open Interest in Gold and the excessively small Managed Money Net-Long position given Gold’s rise last year. Open Interest is up 10% in May and the Managed Money Net-Long position gained more than 50% over the last week from its meager level of 53k contracts to 81.6K. Think about how conspiracy theorists have always said banks were short paper but owned the physical. If this narrative holds true, banks now own less physical and must close some of those shorts; this suppressed Open Interest for months. We are seeing a massive unwind before our eyes. Although we are certainly not out of the woods yet and we expect tremendous volatility in the coming months, we do believe the market is setting up for a powerful move once June futures and options expire.

Price action remains very firm and holding well above our Pivots, which are our momentum indicators, at 1865 and 28.35. The bulls are in the driver’s seat across all timeframes while above here. Still, there are overhead resistance levels that cannot be ignored, and as always patience is recommended, 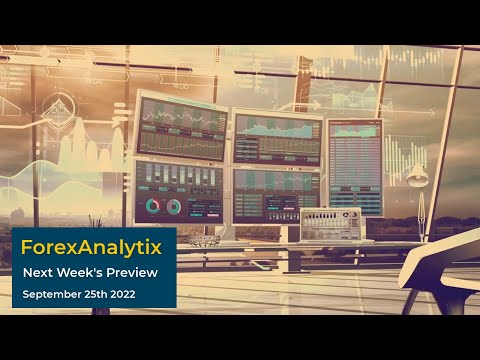 The Greenback Continues to Claw Back Recent Losses