The June FOMC meeting minutes is one of this week’s key event risks. The Federal Reserve grew less dovish last month by opening the door to the discussion of reducing asset purchases but since then disappointing U.S. data has investors questioning the timing of taper and ruling out an interest rate hike. Although Friday’s non-farm payrolls report showed the strongest job growth in 10 months, average hourly earnings and the jobless rate fell short of expectations. Today, the Institute of Supply Management reported a slowdown in service sector growth with their non-manufacturing index falling from 64 to 60.1. This was not only weaker than anticipated but the worse reading in 4 months.

Yet the dollar’s losses were limited to the Japanese Yen as the greenback traded higher against euro and other major other currencies. With the Dow Jones Industrial Average falling 200 points, renewed risk aversion drove investors out of risky currencies. However the 5% drop in 10 year Treasury yields will make it difficult for the dollar to extend its gains even if stocks continue to fall. Between weaker U.S. data and the Fed’s desire to temper hawkish bets, the Fed minutes could sound more cautious and balanced than the FOMC statement and Fed projections.  The sell-off in Treasury yields are a sign of bond investors positioning for less hawkishness. With USD/JPY peaking at 14 month highs after non-farm payrolls, less hawkish FOMC minutes could also take USD/JPY to 110 and renew the greenback’s rally against other currencies.

The sell-off in euro was compounded by weaker Eurozone data. Although retail sales rose slightly more than anticipated, the German ZEW survey plunged from 79.8 to 63.3, a year to date low. Economists anticipated a more modest decline to 75.2. The Eurozone ZEW index also experienced a steep decline from 81.3 to 61.2 while German factor orders turned negative. This was the second straight month that Germany’s ZEW economic expectations index declined but instead of expressing concerns about the drop, ZEW President Wamach said “The economic development continues to normalize. The situation indicator for Germany has clearly overcome the coronavirus-related decline. Although the ZEW indicator of economic sentiment has once again fallen significantly, it is still at a very high level.”

The worst performing currency was the Canadian dollar which was hit by the turn in oil prices. Crude rose to a 6 year high before pulling back to end the day down more than 2%. This reversal was triggered by the announcement by OPEC that their upcoming meeting will be canceled because key parties have been unable to agree of production changes. The breakdown in talks took the wind out of oil market and with no date for further talks announced, we could see a further correction. While this is important, focus for CAD will shift to data. IVEY PMI is due for release on Wednesday followed by Canada’s labor market report on Friday. Increased vaccinations have allowed the country to rollback restrictions. After two months of sub-par job growth, economists and investors are looking for a strong number for June.

In contrast, the New Zealand dollar’s losses against the greenback were limited by talk of a November interest rate hike. Several New Zealand banks are forecasting tightening by the RBNZ this year. The underperformance of the Australian dollar reflects the widening policy gap between the RBA and RBNZ.  While the Reserve Bank of Australia announced that they will not be extending their 3 year yield target bond from April 2024 to November 2024 and a reduction in bond purchases after their current QE program ends in September, they made it clear that interest rates will remain unchanged until inflation is sustainably between the 2 to 3 percent target range and wage growth is near 3%, goals that are unlikely to be met until 2024 at the earliest.

How to Prepare for Monday by Watching Trading Range Lows 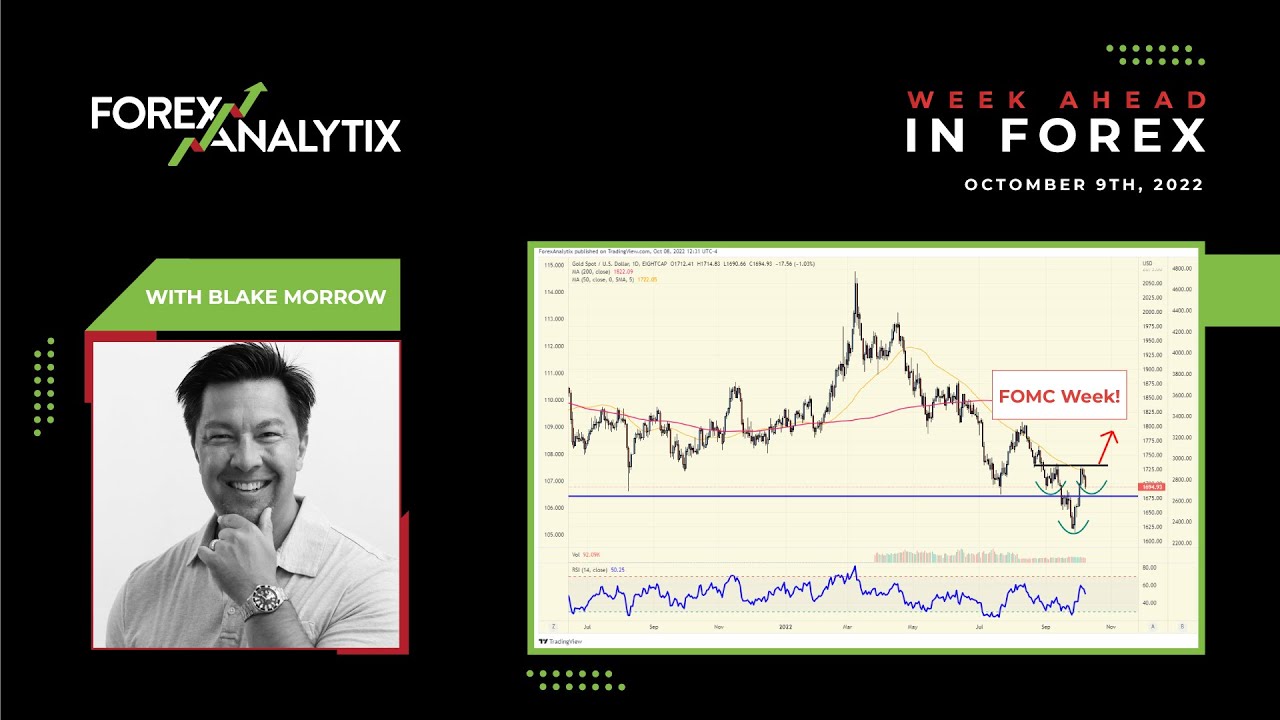 ForexAnalytix Week Ahead Video May 8th 2022