The economic disruption seen since the US warning of an imminent Russian attack on February 11 continue to ripple through the capital and commodity markets.  Equities are being slammed.  Most Asia Pacific bourses were off 2-3% today. Europe’s Stoxx 600 gapped lower ad has approached February 2021 levels, orr about 2.6% today.  US futures are around 1.5% lower. The reaction in the major bond markets is subdued.  The US 10-year yield is near 1.72%, off about 10 bp from a week ago.  European benchmark yields are mostly firmer after falling 15-20 bp last week.  In the foreign exchange market, the dollar-bloc currencies continue to show resilience, while the European complex remains under pressure.  The Swedish krona continues to underperform.  It is off more than 5% in the past week.  The euro slumped to almost $1.0810 in the European morning. The JP Morgan Emerging Market Currency Index is down 1.3% after last week’s 4.6% drop.  Central European currencies, as one might expect, continue to be punished the most.  They appear to be being treated like high-beta euros.  Gold is flirting with $2000.  April WTI gapped higher and spiked to $130.50 before pulling back to around $123.  US natgas is up more than 1%.  It has risen by more than a quarter of the past three weeks.  Europe’s natgas benchmark is surging by nearly a third today after jumping by almost 123% last week.  Iron ore rose about 5.5% today after 14.7% last week.  Copper initially rose by more than 1.5%, but is pulling back a bit. Still, it is up around 0.5% after gaining more than 10% last week.  May wheat is rising for the sixth consecutive session.  Today’s 7% advance comes on top of last week’s 40.6% jump.

China and Russia’s relationship is on two-tracks.  The strategic relationship is based on the antipathy to a US-centric world and the expansion of NATO, which Beijing says the US is trying to create a Pacific version.  The other track is tactical.  They avoid saying much about each other’s neighborhoods, including Ukraine, Taiwan, or the fact that Russia sells weapons to India that ae used to fight and resist China.

China reports a larger than expected Jan Feb trade surplus of nearly $116 bln.  The median forecast in Bloomberg’s survey was for a $95 bln surplus.  Exports rose 16.3%, more than anticipated, while imports rose 15.5%, a bit less than expected.  Separately, and also surprisingly, the value of China’s reserves fell to $3.21 trillion from $3.22 trillion.  A small gain had been expected.  Still, it appears that valuation, weaker non-dollar reserve currencies and a sell-off in bonds, is the key consideration.

China’s National People’s Congress gave a 5.5% growth target this year.  It is on the upper end of expectations and is higher than a weighted average of the projections of the provinces, which typically over-deliver. Still, it is the lowest since 1990, excluding 2020.  China’s economy is said to have grown 8.1% last year. Despite increased spending and slower growth, the NPC projected that the budget deficit would fall to 2.8% of GDP from 3.2% last year.  Here, Beijing seems to plant to draw from unspent funds from past year.  The targets seem ambitious and would seem to require more monetary and fiscal support.

South Korea votes on Wednesday for a new president, who serves one five-year term.  The contest will go down to the wire. Lee represents the governing Democrats, who enjoy a super-majority in parliament.  Of note, he has endorsed a universal basic income.  Yoon is the candidate of the major opposition People Power Party.  He enjoyed a slight lead in the last poll, and he may have enjoyed a slightly bump when a minor conservative candidate dropped out and endorsed him.  Both campaigns have been marred with gaffes and petty scandals.  Unlike Japan and China, South Korea is experiencing rising price pressures (3.7% February CPI and 3.2% core). The seven-day repo rate has been hiked three times beginning last August to 1.25%.  The won is off about 3.1% this year.

The yen is sidelined.  The dollar is trading in a narrow range between about JPY114.80 and JPY115.15.  Last week’s range was roughly JPY114.65-JPY115.80.  Nevertheless, benchmark three-month implied volatility has risen above 8% to approach last November’s spike to 8.2%, the highest since September 2020.  The put-call skew (risk-reversal) is the most extreme since October 2020.  Demand for dollar puts, perhaps has protection for dollar receivables appears to be a key factor.  The Australian dollar’s rally continues, as its commodity exposures attracts participants.  It reached $0.7440 today, its best level since last November.  It rose 2% last week, its fifth consecutive weekly advance.  It is getting stretched.  The upper Bollinger Band (two standard deviations above the 20-day moving average) is around $0.7330, and the Aussie has closed above it the past two sessions.  The greenback gapped higher against the Chinese yuan.  It opened on the session high near CNY6.3265 but ground lower to CNY6.3170.  The PBOC set the dollar’s reference rate at CNY6.3478.  The market (Bloomberg survey) looked for CNY6.3450.

The economic noose on Russia continues to tighten.  Mastercard and Visa will no longer support Russian activity (as of March 10).  Euroclear and Clearstream will no longer settle rouble transactions.  Russia’s ability to service its debt is at risk.  While some bonds allow for rouble settlement and coupon payments, some do not.  Some dollar bond coupons are due next week, which reportedly do not have the rouble payment clause, and this could be the default event that triggers credit-default swaps.  Of course, these is talk that China will help, but its assistance is likely limited.  It CIPS payment system works for yuan settlement only.  Meanwhile, Russia has begun rationing staples ostensibly to prevent hoarding.

The euro plummeted through the CHF1.0 level for the first time today since early 2015 when the Swiss National Bank lifted its cap (floor) on the franc (euro).  Under the threat of intervention by the SNB, the euro rebounded to CHF1.0050 in early European turnover but has begun coming off again.  The weekly sight deposit report suggests not intervention took place last week.  Overall sight deposits were little changed, while the domestic sight deposits fell by about CHF3 bln.  While the SNB may not have intervened, central banks in central Europe are thought to have intervened.  The proximity to Russia and the weakness of the euro are the proximate triggers.

While the US begins moving to ban Russian oil imports (500k-600k barrels a day), Europe does not appear ready to do the same.  April WTI futures gapped higher and pushed a little through $130 a barrel before pulling back.  It is hovering around $123.  The pre-weekend high was near $116.00.  There have been several developments over the weekend to note.  Iran will provide more data on its nuclear efforts, and this could lead renewing the accord the US pulled out of and allow for Iranian oil in Q3.  US officials reportedly met with senior members of Venezuela’s Maduro government, apparently to discuss lifting sanctions.  The US cut diplomatic ties in 2019.   Before the sanctions and mismanagement, Venezuela’s was producing around 3 million barrels a day.  Meanwhile, some Canadian capacity is being taken offline for maintenance, and Libya has lost 200k barrels a day over the past few days due to the political crisis.  Lastly, Saudi Arabia announced it will hike prices to Asia next month.

The economic highlight for the week in the US is the February CPI figures on Thursday.  The headline pace could approach 8% and the core near 6.5%.  Ahead of that report, on tap today is the January consumer credit.  Note that American household debt increased by $1.02 trillion last year, the most since 2007.  Total consumer debt is around $15.6 trillion, including cars and houses.  Tomorrow, the US see the January trade balance, where a large deficit is expected, and the wholesale inventories, which may be linked to stronger imports.

In some quarters, there is still talk about “artificially” low rates in the US. However, consider what would happen if next week, the Fed Chair Powell were to channel Volcker and hike the Fed funds target by 100 bp.  We suspect that medium and long-term US interest rates would fall sharply.  Many would likely assume that it would drive the world’s largest economy into contraction.  Note that 2-10-year yield curve is slipping below 25 bp today.

Canada reports tits January trade figures tomorrow and return to surplus is expected.  The highlight of the week will be the jobs report on Friday.  After losing 200k jobs in January, the Canadian jobs market is expected to have recovered smartly.  The unemployment rate is expected to fall to 6.3% from 6.5% even while the participation rate is projected to rise to 65.2% from 65.0%.  Mexico report February CPI figures on Wednesday.  A rise to nearly 7.25% is expected after 7.07% in January.  At the end of the week, January industrial production figures are due.  A small decline is expected.

Since late January, the US dollar has mostly been in a CAD1.2650-CAD1.2800 range.  It was briefly pushed below CAD1.26 in the middle of last week but quickly snapped back to the upper end of the range.  It is trading inside the pre-weekend range (~CAD1.2670-CAD1.2790).  The Canadian dollar appears pulled between its commodity exposure and its risk-off sensitivity.  The Mexican peso is less ambivalent.  The greenback jumped 1.5% before the weekend and is up another 1.2% today.  Near MXN21.20, the US dollar is at its best level since mid-December, when it poked above MXN21.36.  The dollar is rally has lifted it more than three standard deviations (~MXN21.21) from its 20-day moving average.

Risk On Can Be Supportive For Aussie

The ECB Will Respond to Inflation Pressures More than Growth Concerns 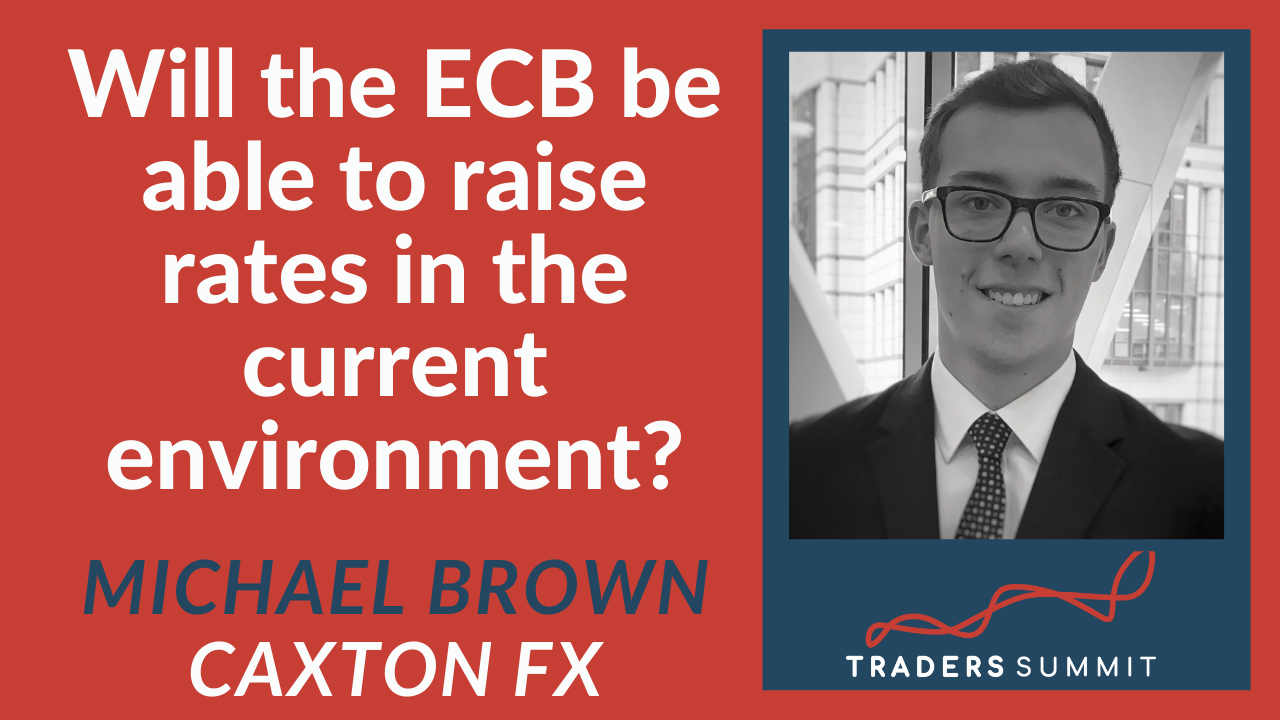