A quiet consolidative session has been recorded so far today as North American leadership is awaited. The preliminary PMI readings are mixed. Japan and the eurozone look somewhat better, but Australia and the UK disappointed.  The dollar is trading with a mostly firmer bias, but largely confined to yesterday’s ranges.  The markets seem to be looked ahead toward next week’s Fed, ECB, and BOE meetings, and the return of China from this week’s holiday.

Yesterday’s rally in US equities, which saw the S&P 500 close above the down trendline from last January (came in around 4010), helped give the Asia Pacific markets that were open a constructive bias. Europe’s Stoxx 600 is off around 0.4%. It has posted one losing session a week in the first three weeks of the year. US futures are a little softer. Benchmark 10-year yields in Europe mostly 1-3 basis points softer while the US 10-year Treasury yield is hovering around 3.50%. The healthy bidding for the US six-month T-bill yesterday suggests low-level concerns about the debt ceiling.

Australia’s flesh PMI disappointed. The manufacturing PMI slipped to 49.8 from 50.2, which is the lowest reading since May 2020. The weakness in services continued. It is at 48.3, up from 47.3 in December, but the fourth month below the 50 boom/bust level. The composite edged up to 48.2 from 47.5. It is also the fourth month below 50. The Australian dollar barely reacted had has remained above $0.7000. Tomorrow, Australia reports Q4 CPI. The year-over-year pace is expected to have accelerated to 7.6% from 7.3% and the underlying measures (trimmed mean and weighted median) are also seen accelerating. The new monthly report is seen showing prices pressures made a new cyclical high of 7.7% in December, up from 7.3%. The central bank meets on February 7, and the futures market is having second thoughts even about a 15 bp hike that some economists see as likely to bring the cash rate back to quarter-point increments (from 3.10%).

The Japanese yen is the strongest of the major currencies today as it posts minor gains against the mostly firmer greenback. The dollar is trading within yesterday’s range, and as we noted yesterday, continues to meet resistance near the 20-day moving average (~JPY130.85). It has not settled above this moving average since early November. Yesterday’s low was slightly above JPY129.00 and so far, today, it has held above JPY129.70. The Australian dollar initially extended the rally from last Thursday’s low (~$0.6870) to reach almost $0.7050 but has slipped in late Asian and European morning turnover. It may ease below $0.7000 but the intraday momentum indicators are getting stretched, suggesting the penetration may be shallow. In line with better tone for the US dollar, the offshore yuan is a little softer. The dollar appears stuck in a narrow range, little below CNH6.80 in quiet turnover.

Germany’s manufacturing PMI slipped to 47.0 from 47.1, despite reports of recovery of Germany industry with the help of cheap gas and conversion to other sources of energy. The median forecast in Bloomberg’s survey called for 48.0.  The service PMI rebounded above 50 (to 50.4) for the first time since last June. However, it was not sufficient to push the composite into growth. It stands at 49.7, up from 49.0.  It was at 53.8 last January. In contrast, the French manufacturing PMI rose to 50.8 from 49.2, and was stronger than expected. The French services PMI softer to 49.2 from 49.5.  The composite PMI slipped to 49.0 from 49.1.  It was at 52.7 a year ago. In aggregate, the eurozone manufacturing PMI rose to 48.8 from 47.8, while the service PMI increased to 50.7 from 49.8.  The composite PMI stands at 50.2 (from 49.3). It is the third month the composite PMI has moved higher and is the best reading since last June.

The UK’s manufacturing PMI improved by remained below 50 (46.7 vs. 45.3). The contraction in services deepened (48.0 vs. 49.9). The composite PMI slipped to 47.8 from 49.0. It is the lowest since January 2021 and stood at 54.2 in January 2022. Separately, the UK reported a sharp deterioration in public finances last month. The budget deficit was GBP27.4 bln (~$34 bln) a record for December and compares with a GBP10.7 bln deficit in December 2021. The median forecast in Bloomberg’s survey anticipated GBP17.3 bln shortfall. The Chancellor of the Exchequer presents the next budget on the Ides of March. Spending on energy subsidies and interest more than offset the increased revenue from VAT receipts and income tax.

The euro peaked in thin Asia Pacific trading yesterday slightly above $1.0925 and settled in North America closer to $1.0870. It is consolidating today in less than a half-of-a-cent range above $1.0850, where a 552 mln euro option is set to expire. Pullback since mid-October (euro bottomed in late September) have been at the most a little more than 2.5 cents. Nearly everyone it seems has a favorable outlook this year, spurred by an improved economic outlook and a favorable divergence between the ECB and Federal Reserve.  Sterling continues to meet resistance in front of $1.2450, which it first approached in mid-December. It is trading at a four-day low in Europe around $1.2300. A break signals a test on the $1.2250 area. But the intraday momentum indicators are stretched suggest more limited losses on a break. Lastly, note that Hungary’s central bank is expected to stay on hold today with its base rate at 13.00%.

The US two-year yield peaked in early November near 4.80% and last week fell to a low below 4.05%, effectively unwinding the gains of Q4 22. It moved above 4.20% yesterday and can rise into the 4.25%-4.30% area as the market positions for next week’s FOMC meeting. The Fed funds futures see practically no chance of a 50 bp move on February 1 and is pricing in about an 85% chance of another quarter point hike at the March 21-22 meeting.  While we tried making a case for a 50 bp hike rand pausing rather than two 25 bp moves, which seems to be what St. Louis Fed President Bullard (non-voter this year) suggest but cannot confuse what we think the Fed ought to do with what it is likely to deliver.

Looking further afield, we note two calendar spreads in the Fed funds futures. First, the implied yield of the September contract is about seven basis points below the June contract. This suggests the market sees a pause after the March meeting as the end of the cycle. The seven basis points is a little less than a 30% chance of a cut. Second, the market continues be highly confident of a cut in Q4 23. The implied yield of the December contract is about 30 bp below the September contract. Inflation is still expected to still be above the Fed’s target at the end of the year. Although a cut would seem unprecedented, the Fed itself, judging from the December Summary of Economic Projections, anticipates cutting rates in 2024, with inflation above 2%.

The Bank of Canada meets tomorrow. The market favors a quarter-point hike. That would lift the target rate to 4.50% and is seen as the terminal rate. The Bank of Canada need not be definitive and is more likely to frame it as a pause. Still, notably, the swaps market has a quarter point hike discounted by the late October meeting and another one by year-end. The year-end target rate is seen at 4.0%. Yesterday, StatsCan reported that the new house price index stabilized in December after drifting lower for the previous three months. We note that the five-year breakeven in Canada is slightly below 1.85%, while the US five-year breakeven is around 2.30%.

The US dollar is little changed against the Canadian dollar near CAD1.3370. It is trading in a narrow range (~CAD1.3345-CAD1.3385) and holding above yesterday’s low (~CAD1.3340). A break of CAD1.3320 is needed to signal anything of importance. That said, we are more inclined to see a test on the lows than a return to yesterday’s high near CAD1.3420. The greenback is finding support against the Mexican peso slightly below MXN18.80, which roughly corresponds to the (61.8%) retracement of the last week’s jump (from ~MXN18.5670 to MXN19.11). Emerging market currencies are mixed bit the freely accessible currencies are a bit softer.

Is the Santa Claus Rally Over? 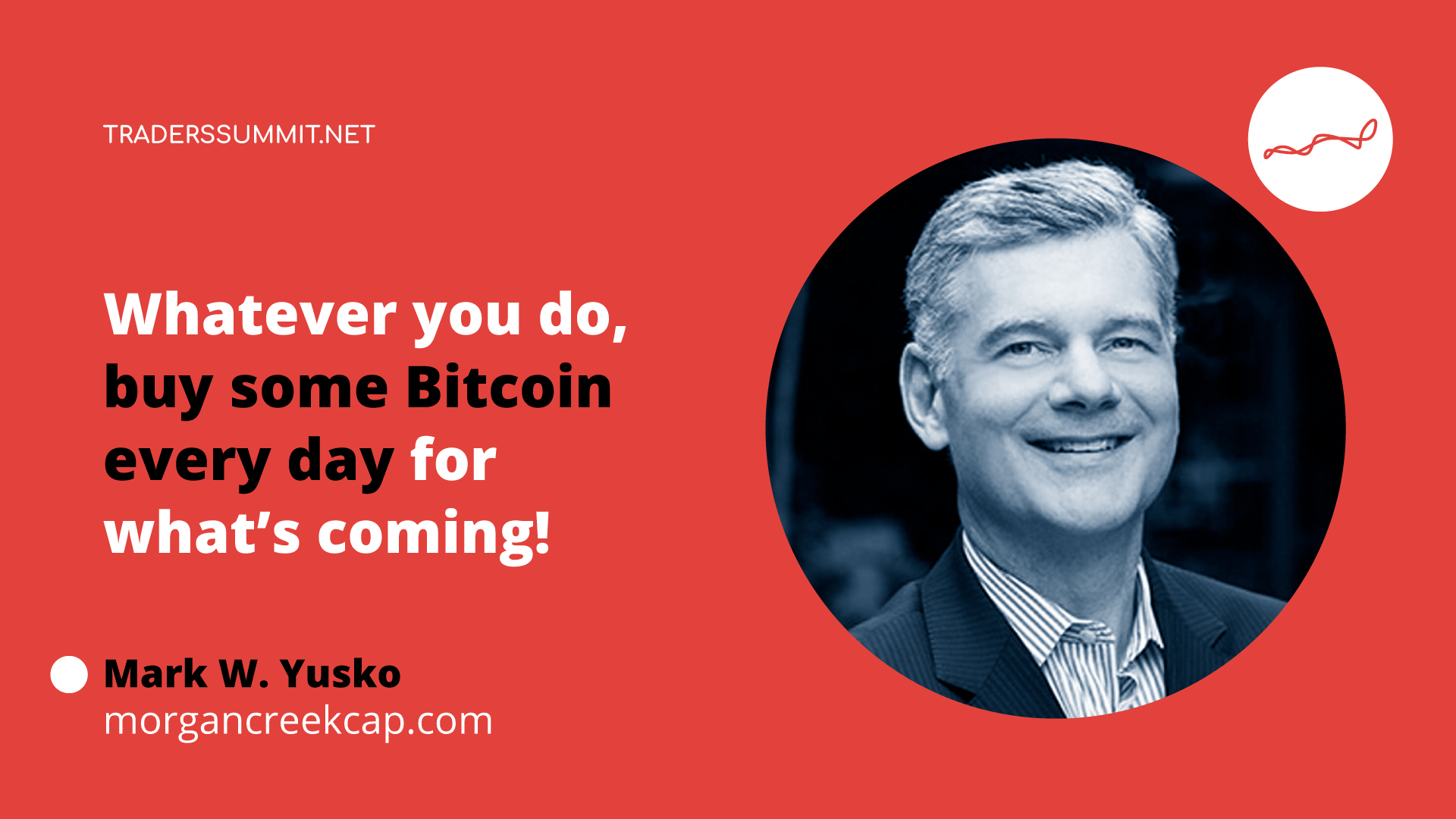 Whatever you do, buy some #Bitcoin every day for what’s coming!

Worrying Times Ahead for Sterling