The U.S. dollar snapped higher on Tuesday when Treasury yields surged right before the London close. It is difficult to pinpoint the exact catalyst as today’s U.S. economic reports were mostly weaker but the greenback took its cue from rates (Video – How to Bond Yields Forecast USD Direction). Month end flows may have played a role in the move along with expectations for Friday’s jobs report.

The focus turns to the U.S. labor market tomorrow with ADP’s employment report on the calendar. Economists are looking for private payroll growth to nearly double from 330K to 625K in the month of August. Whether this foreshadows a strong non-farm payrolls report on Friday remains to be seen because ADP significantly underestimated NFPs last month and the rebound reflects the adjustment. With little direction and catalyst a good ADP report could get still investors excited but the reaction in currencies, equities and Treasuries should be short lived as the drop in consumer confidence and Chicago PMI signal a slower Fall recovery.

Rising COVID-19 cases drove consumer confidence to its lowest level since February and it may not be long before this cautiousness impacts demand. Chicago also experienced a slowdown in manufacturing activity similar to the NY and Philadelphia regions. Wednesday’s ISM manufacturing report should show that this is a national and not regional problem. The good news is that house prices rose at a record rate in June according to S&P CaseShiller.

$EUR/USD traders shrugged off the hottest inflation print for the eurozone in a decade and stronger German labor market numbers.  Comments from ECB member Knot who said “practically all the incoming news has been a surprise to the upside,” should have also been positive for euro. However the market’s appetite for U.S. dollars will often overshadow other reports which is exactly what we saw today. Sterling on the other hand did not have the support of data. With mortgage approvals and lending falling, GBP ended the day down against euro and the U.S. dollar.

Although the Canadian economy grew at a faster pace in the month of June, the big story for #CAD today was the contraction in second quarter growth.  GDP fell –0.3% in Q2, ending a nine-month period of growth. To our readers, this contraction should not be a surprise as we pointed to lockdowns in Q2 as reasons for why activity will be constrained. With oil prices dropping nearly 1%, we are looking for further gains in $USDCAD.

Australia’s releases Q2 GDP numbers tonight. Like Canada, lockdowns could play a significant role in growth. However unlike the U.S.’ Northern neighbor, Q3 could be a dimmer quarter than Q2. New outbreaks were discovered in the second quarter in Victoria, prompting the state to enter a fourth, fifth and now sixth lockdown. Sydney did not go into lockdown until June 25thand remains there today. Economists are still looking for positive growth but if GDP turns negative, AUD could turn lower quickly.

The Australian and New Zealand were unusually strong, shrugging off weaker Chinese PMIs, a larger than expected decline in AU building permits and drop in ANZ business confidence. It will be almost impossible for these gains to continue if tonight’s Australian PMI and GDP reports surprise to the downside.

Is the Dollar’s Month-Long Pullback Over? 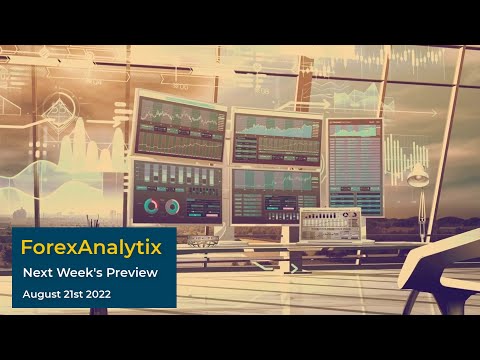 Will the Fed Admit they are Wrong About Transitory Inflation?

3 Things Need to Align for The Next Big Market Move