•    The US dollar is drawing a safe haven bid as equities drop amid concerns that surging energy prices will derail recoveries with boosting price pressures. The euro has been sold to new lows for the year.
•    The Reserve Bank of New Zealand hiked rates 25 bp and signaled more to come.  The New Zealand dollar found little succor and is off more than 1%.
•    After Beijing rejected US interest in a face-to-face between Biden and Xi, negotiators are to meet in Zurich to see about a virtual summit.
•    German factory orders collapsed by 7.7%, well beyond expectations and bodes ill for tomorrow’s industrial production report.
•    ADP provides its estimate for US private-sector jobs growth last month.  The fit with the official estimate is considerably better in the longer-term than the short-term. Bloomberg’s survey found a median forecast for 430k in ADP and almost 490k the headline non-farm payroll (Friday).

Investors worry that surging energy prices will sap economic activity and boost prices.  It is sparking a sharp drop in equities and bonds while lifting the dollar.  The Nikkei fell for the eighth consecutive session, and today’s 1% drop brings the cumulative decline to 9%.  South Korea’s Kospi also fell by more than 1%.  Some of the smaller markets in the region, like Malaysia, Indonesia, and the Philippines, rose by more than 1%.  They are an anomaly.  Europe’s Dow Jones Stoxx 600 is off nearly 2%.  US S&P 500 and NASDAQ futures are also trading more than 1% lower.  Bonds prices are also under pressure.  The US 10-year yield is up a little to 1.54%. European benchmark yields are 2-5 bp higher and at fresh three-month highs.  The dollar is broadly higher, with the Antipodean and Scandis suffering the most.  The Reserve Bank of New Zealand delivered a 25 bp rate hike, signaled more to come, and the New Zealand dollar is one of the weakest major currencies, off 1% near midday in Europe.  The Japanese yen and Swiss franc are among the most resilient.  Emerging market currencies are under pressure.  The South African rand, Hungarian forint,  and Mexican peso are off more than 1%, and the JP Morgan Emerging Market Currency Index is off for the third consecutive session and eight of the past ten.  Gold stalled around $1770 for the past two sessions and was sold to a four-day low by $1746 before stabilizing.  Energy prices continue to climb.  November WTI approached $80 a barrel, its fifth consecutive advance, before pulling back to the $78.25-$78.50 area.  Nat gas advanced by more than 9% yesterday in the US and rose further today.  Iron ore prices slightly changed in Singapore, while copper prices are off 1.5% after falling nearly 1.1% yesterday.  In the previous two sessions, the price of copper had risen by about 3.5%.

The Reserve Bank of New Zealand became the second high-income country to hike rates. The 25 bp was widely expected, though yesterday, some observers seemed to have second thoughts. However, officials clearly signaled that this was the start of a cycle.  The swaps market has two more hikes priced in this year.  The next meeting is on November 24.  Separately, the Reserve Bank of Australia lifted the interest rate buffer by 50 bp to 3% on mortgages.  That is, when housing loans are made, lenders need to assume debt servicing costs are 300 bp higher than the loan product rate.

Top US and Chinese officials are to meet this week in Zurich, and among the potential outcomes could be a Biden-Xi virtual summit.  Reports suggest that when Biden sought a meeting recently, Xi insisted that the US de-escalates its rhetoric, which it does not appear to have done.  Around the same time, the US asked Beijing to stop the sorties into Taiwan’s air defense identification zone, which it hasn’t.  Meanwhile, Japan’s new Prime Minister, Kishida, has kept the foreign and defense ministers from the Suga government, signaling continuity. Nevertheless, as we have noted, a consensus appears to have emerged for a more assertive stance in the face of Beijing’s regional aggression.  In this context, we note that Malaysian officials have formally protested encroachment by Chinese ships in the waters of Borneo.

South Korea reported firm September inflation figures, which will likely spur the central bank into hiking rates as early as next week (October 12).  The headline CPI stood at 2.5% last month, the sixth consecutive month above the 2% target.  The core rate ticked up to 1.9% from 1.8%.  The central bank hiked its seven-day repo rate by 25 bp in August to 75 bp.  This year, the Korean won is off almost 9%, the worst regional performer after the Thai Baht’s 11.8% fall.  Around a third of the won’s decline has taken place in the past month.

The US dollar has forged a base near JPY110.80 over the past three sessions and settled by JPY111.45 yesterday.  It was bid to almost JPY111.80 today.  Last week’s high, which was also the high for the year, was set slightly below JPY112.10.   While the dramatic fall in equity prices may spur the risk-off phase that often lifts the yen, the rise in US rates pushes in the other direction. The sharp increase in energy prices hurts Japan through the balance of payments channel while boosting measured price indices.   The Australian dollar tried again earlier today for the third session to re-establish a foothold above $0.7300.  This was rebuffed, and the Aussie is testing the upper end of the band of support seen between $0.7200 and $0.7220.  The low set late last month was closer to $0.7170. The greenback is trading near four-day highs against the offshore Chinese yuan.  It is approaching the 200-day moving average (~CNH6.47).  That puts the US dollar about 0.25% higher since the mainland holiday began.

German’s August factory orders were atrocious.  The 7.7% drop below way expectations for a 2.2% decline and the upward revision to the July series to 4.9% from 3.4% is hardly compensatory.  The supply chain disruptions in the auto sector played an important role, and orders for vehicles and parts fell by 11.6%, but the weakness was widespread.  Orders for metal production fell by 6.7%, while orders for computers and electronics fell 2.5% (after a 4.8% fall in July).  Domestic orders fell by a little over 5%, while foreign orders slumped by 9.5%.  Germany reports August industrial production figures tomorrow, and there is downside risk to the median (Bloomberg survey) forecast of a 0.5% decline after a 1% rise in July.

August retail sales in the eurozone disappointed.  The median forecast (Bloomberg survey) was for a 0.8% gain.  Instead, retail sales rose 0.3%, and adding insult to injury, the July series was revised to show a 2.6% decline rather than -2.3%.  Next week, the eurozone will report the aggregate industrial production figures.  German factory goods orders plummet bodes ills, as does Spain’s report today, which showed a 0.3% decline in August.  The market expected a 0.9% increase.

While the US reported a record trade deficit ($73.3 bln) in August, which was larger than economists expected, Canada reported its third-largest surplus in a decade, and at C$1.94 bln, it was more than four times larger than anticipated.  Supply chain disruptions appeared to have weighed more on imports than exports.  Exports rose a modest 0.8%, held back by weak vehicle and part shipments.  Exports rose by 2.3% in volume-term, led by energy (coal, nat gas, and oil) and metal products.  Imports fell by 1.4%.  Autos, aircraft, and other transportation equipment were important drags.  In volume terms, imports fell by 3.2%.

The $3 bln widening of the US trade deficit in August can be fully traced to the increase in consumer goods (especially pharmaceuticals, toys, and sports equipment).  Exports rose by a little more than $1 bln to nearly $214 bln, and merchandise exports are at a record high. However, there is another force at work. The service trade surplus has been deteriorating, and in August, it fell to $16.2 bln, the smallest in nearly a decade.  There may be pandemic and re-opening distortions, like the increase in Americans traveling abroad (the bean counters say it is an import of travel services) that reached a pandemic high, but still half “normal” levels.  However, the US trade surplus on services, which, if truth be told, is just as chronic as the deficit on goods, peaked nearly four years ago.

The equity market performance and continued fiscal drama provide the backdrop for today’s ADP private-sector job estimate.  It is expected to show a modest improvement from the roughly 375k it estimated for August to around 430k in September.  While the ADP does a fairly good job tracking the official estimate over the long term, short-run misses can be substantial.  Meanwhile, the economic calendars in Canada and Mexico are light. In addition, Brazil reports auto sales and production figures for last month and August retail sales.

The US dollar appeared to break the neckline of the possible head and shoulders topping pattern as it fell to almost CAD1.2545.  However, the risk-off mood today has lifted the US dollar back above CAD1.2600 and to nearly CAD1.2650.  Look for resistance in the CAD1.2660-CAD1.2685 area.  The greenback shot up against the Mexican peso in the aftermath of last month’s FOMC meeting, when it had been trading around MXN20.00.  It rallied to almost MXN20.75, where it chopped for several days, and today has surged above MXN20.88, its best level in six months.  Immediate resistance is seen near MXN21.00, but recall that the high for the year was set in March around MXN21.6360.  The US dollar also closed firm yesterday against the Brazilian real at its best level since April.  The BRL5.50 area corresponds to a (61.8%) retracement on the reais recovery since the high for the year was recorded in early March by BRL5.8745.

Are These 5 Key Sectors and Small-Cap Index Lagging or Leading the Market Higher? 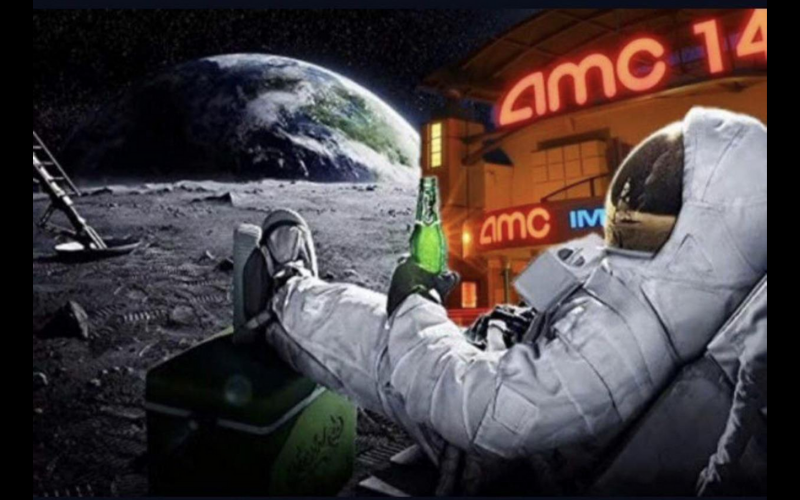 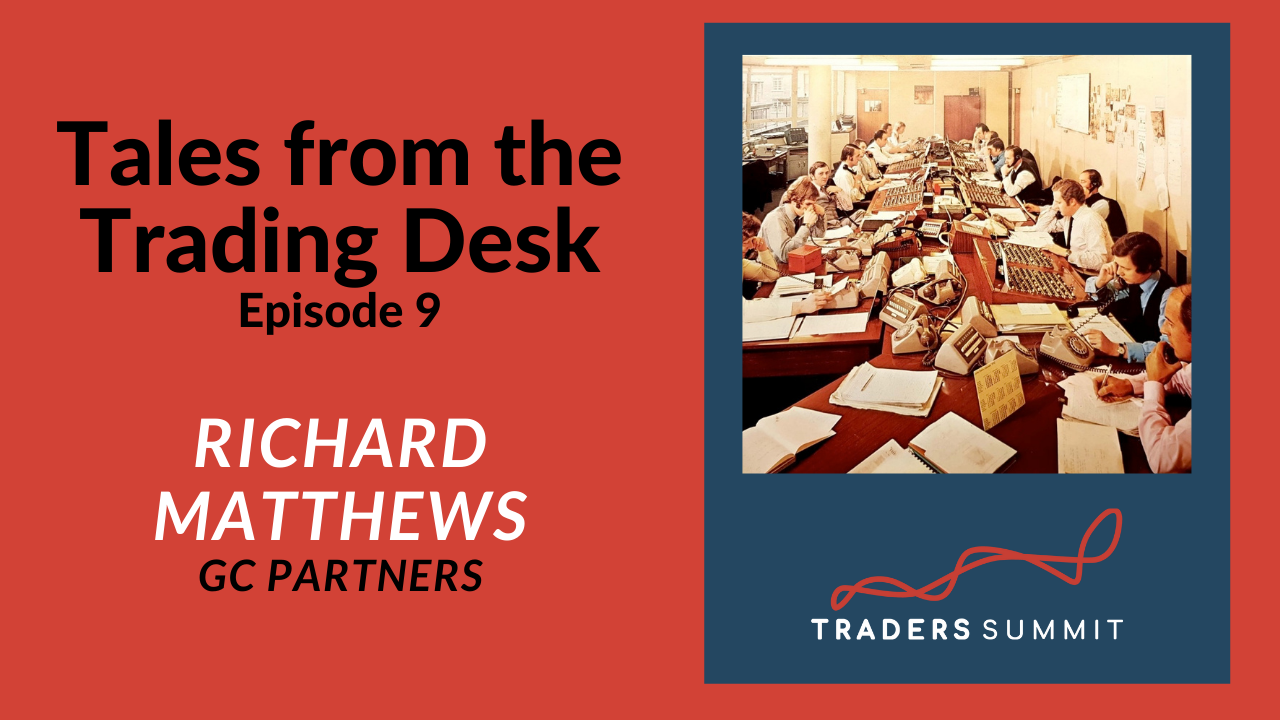 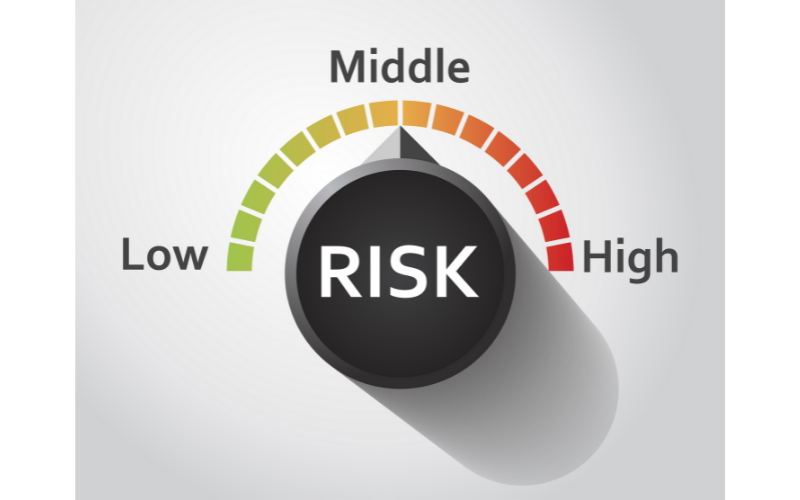