•    Following the disappointing jobs data, official comments in the coming days will be scrutinized for clues about the policy reaction.  On balance, we expect a reduction in the Fed’s purchase will begin late this year.
•    The ECB meeting may draw the most attention.  New staff forecasts will likely recognize that inflation has accelerated more than expected.  The more difficult decisions are about the future of PEPP.
•    China’s immediate economic challenge is sustaining growth, not fighting inflation. The weaker growth impulses may also dampen some non-food prices.  Producer prices remain elevated.
•    Last month, the Reserve Bank of Australia announced it would proceed with tapering this month, but economic conditions have deteriorated markedly.  The RBA may reconsider.

Don’t let the US holiday on Monday distract you.  The first full week of September is jam-packed.  The highlights include the ECB meeting and China’s inflation.  The Reserve Bank of Australia and the Bank of Canada also meet.

The Bank of Russia hiked rates consistently since March and moved by 100 bp in July, and meets again on September 10. Its key rate stands at 6.5%, the same as the year-over-year CPI in July.  The rate stood at 4.25% as recently as February, with inflation at 5.7%.  It has done much of the heavy lifting, but there is more work to be done.  The market looks for rates to peak in Q4 and begin falling in a year’s time.

Poland’s central bank meets as well.  It has not hiked rates yet, but pressure is building, and a 25 bp increase is discounted before the end of the year.  Consumer prices are 5.4% above year-ago levels, more than doubling since January (2.6%).  The CPI does not appear to have peaked, and it may not until the end of the year.  The recovery is on track, but the manufacturing PMI slowed in July and August.

Let’s unpack the rest of the calendar highlights.

ECB:  (September 9) The key issue is that the central bank boosted its bond-buying under the Pandemic Emergency Purchase Program, and with the economic recovery broadening and headline CPI above 3%, can it signal a return to earlier levels, which the ECB’s Chief Economist Lane acknowledged were already high.  The PEPP is currently scheduled to finish at the end of Q1 22, which could very well be before the Fed’s tapering is completed.  Still, after the PEPP, the ECB’s pre-pandemic Asset Purchase Program (APP) will continue but has limited flexibility and will soon be running against the self-imposed limits.  There also seems to be a preference by officials to taper the bond purchases ahead to minimize a hard stop. Still, on balance, we suspect officials would not make a decision until they have to, and that may not be until December.  The staff will update its forecasts.  In June, it projected CPI to finish this year at 1.9% and 1.5% in 2022.  This seems unreasonably low and will most likely be revised higher.  One important tell is where the 2023 projection (1.4% in June) is adjusted.  While it will probably remain below 2%, its proximity may show the confidence that the price pressures are transitory.  Our own projections are for price pressures to peak in Q1 22.

Bank of Canada: (September 8)The unexpected 1.1% contraction (annualized) in Q2 has tempered the already low expectations for the Bank of Canada meeting less than two weeks before the national election.  In any event, many expected the next tapering decision in Q4. Although the June monthly GDP rose by 0.7%, the most since March, Statscan warned that the preliminary estimate for July showed a 0.4% contraction.  The two main drags could persist.  The first is trade, and this reflected the disruption of the auto supply chain.  The second drag was residential investment, which has been running 17% above the five-year average for the last four quarters.  It fell by 12% at an annualized rate in Q2.  Neither sector looks poised to recovery immediately.  The July trade surplus, reported last week, was C$1 bln less than expected at C$780 mln, while July building permits were 3.9% instead of rising 1.5% as the median forecast in Bloomberg’s survey projected.  It may be premature for the central bank to conclude that it will take longer than the middle of next year to close the output gap. That said, the implied yield of the June 2022 Banker Acceptance futures contract has fallen from slightly less than 90 bp in early July to 70 bp at the start of September.  A strong employment report on September 10 would help rebuild confidence.  Recall that Canada lost 176k full-time positions in Q2 after gaining 275k in Q1.  The third quarter began off firmly with an 83k gain in July.

Reserve Bank of Australia:  (September 8)  Despite the lockdown, Australia struggles to bring the virus under control.  In addition to the human tragedy, the economy is taking a knock.  Growth slowed markedly in Q2 to 0.7% from 1.9% in Q1.  The unemployment rate fell to 4.6% in July from 4.9% in June (desirable), but it was primarily due to a decline in the participation rate to 66.0% from 66.2%, which incidentally is above the level that prevailed pre-pandemic (65.9% in each of the last three months of 2019).  The composite PMI was below the 50 boom/bust level in July and August.  Many market participants were surprised last month when RBA Governor Lowe indicated readiness to proceed with plans to reduce the bond-buying by 20% to A$4 bln a week. Nevertheless, the Aussie still fell to new lows for the year (~$0.7105 on August 20).  If anything, the economy has weakened more in recent weeks, and a new record high in covid cases has been reported.  Australia’s 10-year bond yield fell a few basis points in August, the sixth consecutive monthly decline.   Facing the possible economic contraction of around 3% in Q3, the two most populous cities remaining under lockdown, and greater uncertainty, look for the RBA to hold off tapering.

China’s Inflation: (September 8)  Beijing has several challenges, many of its own choosing,  Yet, consumer inflation is not one of them.  China’s CPI recorded a nine-year high in January 2020 of 5.4% and proceeded to collapse.  It bottomed last November at -0.5%.  It has since recovered to a tame 1% in July, and likely stayed around there in August.  There may be several offsetting developments.  Pork prices fell in the first few weeks of last month, but the July floods may lift vegetable and fruit prices.  The slowing economy may be reflected in weaker demand for services, which could weigh on prices.  Producer prices remain elevated. The auction from the state’s strategic reserves of some industrial metals (the third round was last week, zinc, copper, and aluminum) seems to have a little perceptible impact.  The year-over-year rate has steadied since April around 8.8%-9.0%.  Remember, producer prices fell (year-over-year) from February 2020 through year-end.  China’s also due to report August trade figures in the days ahead.  A slightly smaller surplus is expected amid softer exports and imports. After reaching a six-year high in July ($3.24 trillion), China’s currency reserves are anticipated to have changed little in August.  The dollar rose against the other reserve currencies, and bond prices fell, suggesting that valuation adjustments offset what minor growth there may have been.

US PPI: (September 10)  US producer prices likely accelerated further in August. The headline rate may rise from 7.8% to close to 8.5%, while the core rate could poke above 6.5% (from 6.2%). However, the month-over-month increase may slow from 1.0% (both the headline and core) in July to around half as much in August.  For the headline, it would be the smallest increase of the year. After trending lower in July and most of August oil prices over the past two weeks. With WTI pushed above $70  again, it is a timely reminder that higher oil prices are not inflationary but rather the opposite.  The past three US economic downturns were preceded by a doubling of the price of oil. Forget about the vortex,  a confluence of unlikely factors, which drove oil prices in April 2020 into negative territory.  Since the US election in early November 2020 and the announcement that an effective vaccine had been found, the price of oil has done a bit better than double.  The Fed issues two reports in the coming days: the Beige Book, which few read, many talk about, and rarely contains surprises.  The general takeaway is likely that many businesses still cannot find the workers they desire at the pay they offer, supply chain disruptions persist, and the broad economic expansion may have slowed a bit in recent weeks.  The high-frequency economic data has mostly disappointed, including the nonfarm payroll jobs gain.  Consumer confidence has suffered. Most states have reported an increase in the number of covid cases.  The other report that the Fed issues, which tends not to be discussed nearly as much but has new information is on consumer credit.  With households reportedly flush with transfer payments and supposedly less commuter-related expenses, one might be surprised to learn that consumer credit (excludes mortgages but includes auto, student loans, and credit cards) is at a record high.  It rose by $93.3 bln in Q2 20.  The previous quarterly record was Q1 16, when consumer credit rose by $64 bln. According to the Bloomberg survey, the median forecast calls for consumer credit growth to slow to about $28.5 bln in July after a record $37.7 bln increase in June, which followed the record $36.7 bln in May. 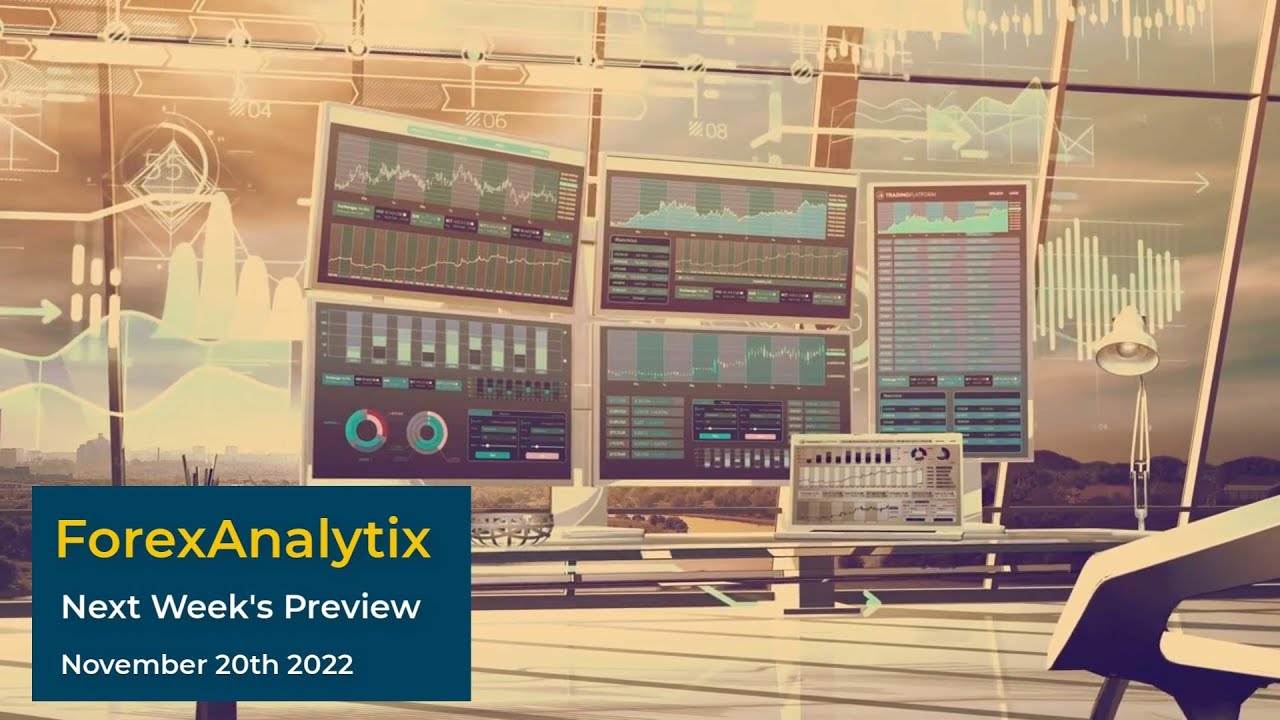 Two Steps Forward, One Step Back

When the FTSE Gains 90% of the Time