The Dollar Regains its Footing after Yesterday’s Drubbing

The markets have not sustained the powerful reaction seen yesterday after the Fed hike.  Japan and South Korean markets were closed, but many bourses including Taiwan, Australia, and India rose.  Europe’s Stoxx 600 rallied more than 1% and closed the gap created by Monday’s sharply lower opening.  US futures are 0.5%-0.7% lower.  The NASDAQ may end its three-day rally that lifted it around 5%.  The US 10-year yield is firm near 2.95%, while European benchmark yields have also firmed.  The US dollar, which was sold hard yesterday has returned better bid today.  The Australian dollar and Norwegian krone are off the most (~0.6%).  The Canadian dollar is the most resilient among the major currencies.  Emerging market currencies are mostly lower, except for handful of Asian currencies.  Gold set new high for the week above $1900.  June WTI is firm ahead of the outcome of OPEC’s meeting. US natgas is up for the fifth session and is at new highs.  Europe’s benchmark is off around 1% after surging nearly 7.5% yesterday.  Iron ore jumped 2% to snap a three-day slide. Copper is up for a third day but is still below the high set on Monday.  Reports suggesting India may limit grain exports has seen July wheat jump almost 2.5% after a 2.7% gain yesterday.

China’s markets re-opened after the long holiday, and the Caixin services and composite PMI were poorer than expected.  The service component fell to 36.2 from 42.0, well below the 50 boom/bust level.  The composite sank to 37.2 from 43.9.  The news will add further pressure on Beijing to provide new support for the economy.  At the same time, although the Shanghai and Shenzhen composites posted modest gains (~0.65%), the CSI 300 slipped.  The yuan also traded heavily.

Australia reported a larger than expected trade surplus of A$9.3 bln in March after A$7.4 bln in February.  It is experiencing a positive terms-of-trade shock.  In Q1 22, its average monthly trade surplus was A$9.72 bln, up from A$8.49 bln in Q1 21.  The average monthly trade surplus last year (A$10 bln) was almost twice as high as the average in 2019 (A$5.68 bln).  However, what is striking about today’s report is that exports were flat, while import fell by 5%.  That said Australia’s exports to China rose 13.2% month-over-month and nearly as much with the EU.  We learned yesterday about the yawning US trade deficit, and Australia’s figures showed a 76% jump in exports to America in March.

Japan returns from holiday tomorrow.  Tokyo’s April CPI will be released.  It leads the national figures and what makes tomorrow’s number especially important is that it will show a significant jump as the cut in mobile phone charges drops out of the 12-month comparison.  It is worth about one percentage point.  The headline is expected to jump to 2.3% year-over-year, and the core rate, which excludes fresh food, will rise to around 1.8%.  The measure that excludes fresh food and energy will turn positive for the first time since March 2021.  The BOJ is well aware of this, and Governor Kuroda was explicit: the central bank would look through it on the grounds it is not the material for a sustainable rise in price pressures.  Recall too that Prime Minister Kishida’s fiscal initiatives are expected to take off as much as 0.5% from the headline CPI readings.

The push lower in US rates following the FOMC meeting saw the dollar fall to about JPY128.65 yesterday.  It has bounced back to JPY129.85 today.  The importance of the price action is that it remains within the range set on April 28 (~JPY128.35-JPY131.25).  Japanese officials complained about the pace of the move and the combination of jawboning, US yields, and the local holiday have contributed to the consolidation.  The Australian dollar bounced in the post-Fed adjustment to about $0.7270, meeting the (38.2%) retracement of drop from last month’s high near $0.7660.  There was no follow-through buying and the Aussie has come back offered.  It is approaching $0.7200.  Below there, support is seen in in the $0.7150-$0.7175 area.  The greenback rose against the Chinese yuan as local markets re-opened.  It reached CNY6.6250. Before the holiday, the dollar came off from the CNY6.65 area.  The PBOC set the dollar’ reference rate a little softer than expected (CNY6.5672 vs median in the Bloomberg survey of CNY6.5699).

The UK is center stage today.  The Bank of England is widely expected to lift rates by 25 bp.  With the move, the base rate will be 1%, which is the threshold to allow active selling of the assets accumulated under QE instead of passively through not re-investing maturing proceeds.  However, Governor Bailey is likely to reiterate that it is not an automatic trigger and that the passive approach will be maintained.  Local elections in England, Wales, and Northern Ireland will likely shake up UK politics.  The Tories are expected to lose a few hundred council seats and in Northern Ireland, Sinn Fein is tipped to lead the NI assembly for the first time.

Germany’s March factory orders crashed by 4.7%.  The median in the Bloomberg survey called for a 1.1% decline.  Some of the sting may have been mitigated by the upward revision to the February series to -0.8% from -2.2%.  Still, today’s news is disappointing.  Domestic orders fell by 1.8% and foreign orders tumbled by 6.7%.  It warns of heightened risk of a sharp fall in industrial production figures due tomorrow.  Separately, France reported a 0.5% decline in March industrial output, which was a little more than twice the expected fall.  Adding insult to injury, the February series was revised lower to show a 1.2% decline rather than 0.9% drop.  The hard data seems to take some of the shine off the apparent resilience of the manufacturing PMI. It rose in February, fell back in March, but rose in April.

In other notable regional developments, Norway’s central bank left rates on hold.  It is expected to continue its tightening cycle next month.  Later today, Poland is expected to deliver a 100 bp hike while the Czech central bank may lift rates by 50 bp.  Turkey’s April inflation soared 7.25% month-over-month to lift the 12-month rate to nearly 70%.  The core rate is almost 52.5%.  Prime Minister Erdogan’s unorthodox ideas about high interest rates causing inflation to seem to be bearing the fruit that had been widely anticipated.

The post-Fed dollar setback saw the euro rise to slightly above $1.0640 today but it has run out of steam and is straddling the $1.06 in late morning turnover in Europe.  The high met the (38.2%) retracement objective of the sharp decline since the April 21 high near $1.0935.   The 1.8 bln euro option at $1.06 that expires today has likely been neutralized.  A break of $1.0580 would disappointment the bottom pickers.  Sterling posted a big outside up day by trading on both sides of Tuesday’s range and closing above its high.  However, there has been no follow-through buying after it too approached the (38.2%) retracement objective of the decline from the April 21 high.  The retracement objective was near $1.2670 and cable’s high has been around $1.2635.  Barring a hawkish surprise from the Bank of England, sterling may slip back below $1.25.  There is an expiring GBP500 mln option at $1.2550 that also has likely be neutralized.

The FOMC delivered the expected 50 bp rate hike and confirmed starting the balance sheet unwind next month.  However, Chair Powell clearly played down the likelihood of a 75 bp move.  The market, it seemed, worked itself into a lather because it was mentioned once by St. Louis Fed President Bullard, who also quickly played it down, explicitly saying it was not his base case.  The Fed stressed that it was focused on inflation and even a question at the press conference about Russia and China inflationary shocks, Powell’s answer drew attention back to the tightness of the labor market.

The FOMC meeting may have contributed to the market shrugging off three disappointing high-frequency economic reports earlier in the day.  The ADP private sector jobs estimate was nearly a third lower than forecasts at slightly less than 250k.  It was the weakest in the recovery.   The ISM services fell to 57.1 from 58.3.  Economists had forecast an increase.  Some of the details were weak including new orders and employment.  The third disappointment was with the larger than expect trade deficit, swelling to $109.8 bln from $89.8 bln.  The takeaway here is that trade, which took 3.2 percentage points off Q1 GDP in the initial estimate, probably took a slightly bigger bite.

Once again, buying emerged in the US 10-year yield when it poked above 3%.  The surprising development was the 14 bp decline in the 2-year yield.  The June two-year note futures contract recorded a key reversal by making a low (in price) for the move and then spiking higher and closing above Tuesday’s high.   The bullish steepening move saw the 2-10-year curve trade above 30 bp for the first time in a couple of weeks.  Today’s data includes Q1 productivity and unit labor costs.  They are derived last week’s GDP, and as we noted at the time the contraction in GDP while aggregate working hours increased means that productivity fell, and unit labor costs rose.  Weekly jobless claims may lose a bit of interest given that the national figures are out tomorrow.

There continues to be a steady stream of warnings about the dollar’s role in the world economy.  Most focus on reserves and payment systems.  However, there is another dimension that is underscored by the immediate aftermath of the Fed’s hike.  Hong Kong, Saudi Arabia, Kuwait, Bahrain, and the UAE followed suit, lifting local policy rates by 50 bp.  There is no need to belabor the obvious, but simply say actions often speak louder than words.  Separately, Brazil delivered the much anticipated 100 bp hike yesterday to 12.75%.  The central bank’s earlier hopes that this could be the last hike has faded and another increase, albeit smaller, is expected next month.  Chile is expected to lift its overnight target rate to 8% (from 7%) ahead of tomorrow’s April CPI that is projected to accelerate over 10% from 9.4%.

The US dollar peaked on Monday a little above CAD1.29.  Follow-through selling after the reaction to the Fed has seen the greenback fall to around CAD1.2715.  However, in line with the pullback in US equity futures and the broader bounce in the greenback, the US dollar has recovered to CAD1.2765 in Asia.  Look for it trade broadly sideways today ahead of tomorrow’s employment reports, though a steeper sell-off of US shares could see the greenback push toward CAD1.28.   The dollar peaked near MXN20.50 at the start of the week and tested the MXN20.00 area.  It has not traded below there since April 21.  The greenback has run into offers in the MXN20.10 area.  Above there, resistance is seen near MXN20.20. 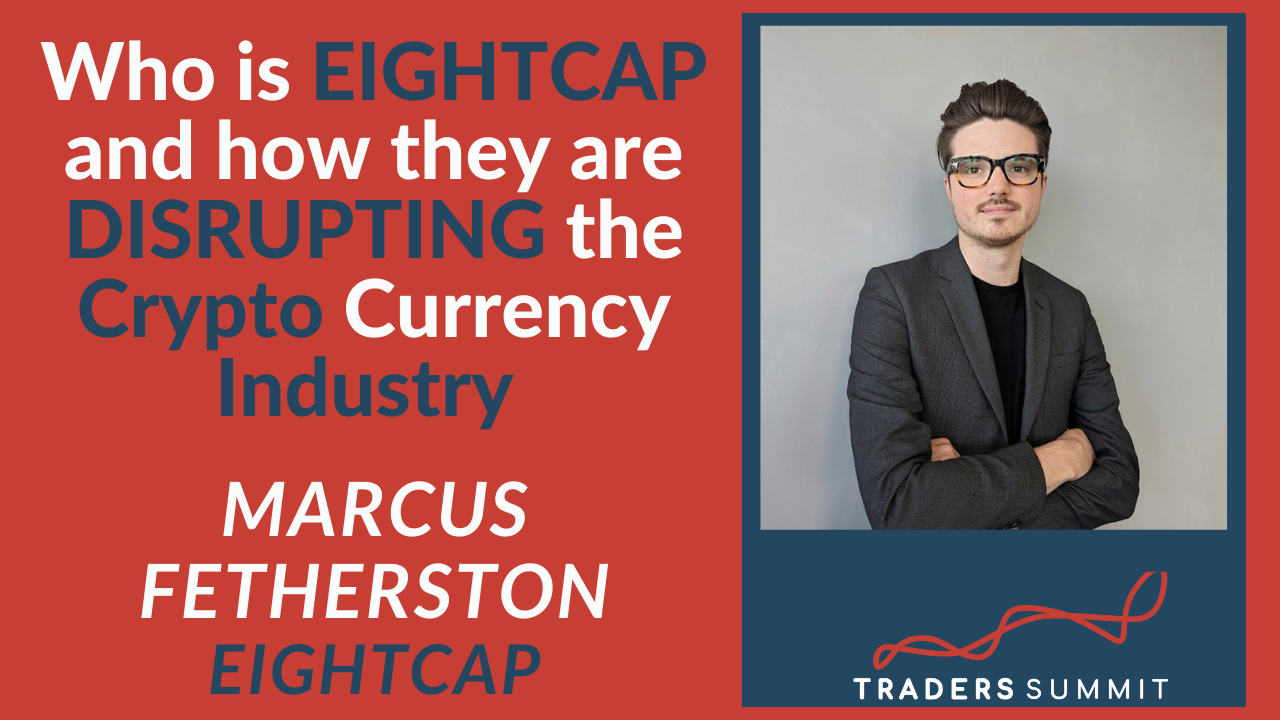 Politics and Inflation Set to Dominate the Markets Once More

We End the Week with Risk Flying