The US dollar continued to trend higher last week, helped by the unexpectedly strong retail sales report.  Despite disappointing August jobs growth and the moderation in consumer prices, the Fed has no compelling reason not to move forward with plans to taper before the end of the year.

The Norwegian krone had been bid most of last week, ahead of the central bank’s likely rate hike next week, but it lost nearly 1% before the weekend. It was the second consecutive weekly decline. The Swiss franc, on the other hand, was the weakest of the majors, falling almost 1.6%.  The Swiss National Bank will lag behind the interest rate cycle, though deflation risks have diminished, and August CPI (EU harmonized) was the highest since April 2019.  The SNB meets the day before the Fed, and its stand pat policy contrasts with expectations of Fed tapering ahead of the end of the year.

The dollar rose against most emerging market currencies.  The Russian ruble was one of the few exceptions.  Helped by surging oil and gas prices, the ruble rose by about 0.45% last week. Most of the gains were scored in the first part of the week.  It will begin next week with a two-day fall in tow. Still, the ruble is the strongest emerging market currency this year, with a nearly 2.4% rise against the dollar. The Turkish lira fell slightly less than 2% last week.  The more than 3.5% loss over the past two weeks unwinds most of the gains of the previous four-week advance.  The central bank meets next week, and after shifting the inflation focus to the core rate, many look for a rate on September 23.

In our tactical view, we anticipated the dollar to bottom with the jobs report and recover ahead of the FOMC meeting. However, we suspect that the FOMC meeting could mark a near-term dollar high and will be watching carefully for a reversal or the loss of the upside momentum. For most currency pairs we review, the momentum indicators and retracement targets suggest the dollar’s uptrend could persist. The market has a 25 bp hiked fully priced into the December 2020 Fed funds futures strip.  It seems improbable that the market will move much further in this direction (e.g., two hikes next year).   Another way of framing it is that the market swings between the ideas that the Fed will kill the economy by prematurely taking away the proverbial punch bowl or that the inflation expectations are un-anchored and price pressures are not transitory.  We wonder if tapering this year has already been more or less decided, that the next real fights are about November or December (small beer) and the pace.

Dollar Index:  The index made a new high for September ahead of the weekend near 93.20, surpassing the (61.8%) retracement objective of the drop (~93.05) since the year’s high was recorded on August 20 near 93.70.  Recall that it had flirted with the 92.00 area after the employment data.  A break above 93.30 leaves no significant resistance before the before rechallenging the year’s high. The Slow Stochastic is trending higher and is not over-extended.  The range affair has left the MACD flatlining.  A note of caution comes from the proximity of the upper Bollinger Band (~93.25).

Japanese Yen:  The dollar has been mostly confined to a JPY109 to JPY111 trading range here in Q3.  It tested the lower end of the range as US rates slipped with the softer than expected CPI.  However, as US rates recovered, so did the greenback.  It resurfaced above JPY110.00 ahead of the weekend as the US 10-year pushed higher to approach the upper end of the range.  It had bottomed mid-week near 1.26% before rising to two-month highs (1.385%) ahead of the weekend. The Slow Stochastic appears poised to turn up for the dollar, but the MACD has gone nowhere this month. The highest the dollar has been since mid-July is JPY110.80, but more recently, the JPY110.45 area has sufficed. The BOJ meets next week, but it is not likely to take fresh initiatives.

British Pound:  Sterling briefly traded above $1.39 before reversing lower on September 14 and returned to the $1.38 area before the end of the day.  It continued to show weakness and, ahead of the weekend, broke down to about $1.3730.  It posted its lowest settlement of the month, though it held the month’s intrasession low, around $1.3725.   The Slow Stochastic has already turned lower, and the MACD is poised to do the same.  There is a band of support in the $1.3680-$1.3700 area, and a break could spur a test on the $1.3600 area.  The market is at risk of leaning too far over its skis with roughly 40 bp in rate hikes priced in for next year.  It seems the pendulum of expectations is more likely to pare rate hike expectations rather than price in a third hike.  The BOE may remind the market at week’s MPC meeting that conditions are not right to hike.  Next year’s budget that will be unveiled next month will show that the fiscal policy is also set to tighten.

Canadian Dollar:  Conventional wisdom sees the Canadian dollar as a petro-currency, but the recent day-to-day price action gives more credence to it as a risk asset.  The weakness of stocks (S&P 500) seems to offer a better explanation of the recent softness of the Canadian dollar. The S&P 500 has fallen in eight of the past 10 sessions.  The greenback has risen in seven of the past 10 sessions against the Canadian dollar.  The MACD is flat, and rising Slow Stochastic has begun leveling off.  As US equities slumped ahead of the weekend, the greenback made a new marginal high for the month, slightly below CAD1.2765.  The close (~CAD1.2760) was the highest since the August 20 peak near CAD1.2950.  The CAD1.2775 area corresponds to a (61.8%) retracement of the drop from that August peak and maybe the next target.  That said, the close may have been too strong, pushing the greenback above the upper Bollinger Band ( ~CAD1.2750).  Key support is seen around CAD1.2600.

Australian Dollar:  The Aussie fell by more than one percent less week.  It was the first back-to-back weekly loss of more than 1% since March 2020.  A dismal employment report did it no favors.  Nor did the sharp decline of iron ore prices (~1/5 of Australia’s exports).  Iron ore prices fell by nearly 12% last week, falling for eight of the past nine weeks (cumulative decline of about 37%) as China moves to fulfill its pledge to reduce steel output to curb emissions.  The performance of the Australian economy is in stark contrast with New Zealand, which reported Q2 of 2.8% quarter-over-quarter, more than twice what was expected.  The market had expected a 25 bp hike when the RBNZ meets next month, but the overnight index swaps imply that many see the risk of a 50 bp move.  The Aussie dipped below NZD1.03 last week for the first time since April 2020.  However, it recovered ahead of the weekend, and the momentum indicators seem to be warning that if a near-term low is not in place, it is close.   Against the dollar, the Aussie peaked on September 3 (~$0.7480) and has been trending lower.  At the end of last week, it approached the (61.8%) retracement objective of the rally from August 20 low (~0.7100) to the early September high, found around $0.7250.   The low ahead of the weekend was a little below $0.7265.   The momentum indicators are headed lower, and the next area of support is around $0.7200, which is also where the lower Bollinger Band is found.   Look for the $0.7300-$0.7320 area to offer initial resistance.

Mexican Peso:  The dollar finished last week above MXN20.00 for the first time this month.  The broad risk-off sentiment was no match for the peso.  It tested the 20-day moving average (~MXN20.0330). It was the first weekly gain in the greenback against the peso in four weeks.  The (38.2%) retracement of the greenback’s losses since posting a high on August 27 (~MXN20.4275) is closer to MXN20.07. The Slow Stochastic and MACD are just turning higher.   The next retracement (50%) objective is near MXN20.14, a little above the 200-day moving average.

Chinese Yuan:  As Beijing unleashed what some people have called a new “Cultural Revolution” and the containment and unwind of an estimated $300 bln real estate developer, the yuan confounded expectations and strengthened.  The dollar was probing the upper end of the range it has mainly been confined to since mid-June on August 20 (~CNY6.50).  On September 16, it recorded a three-month low (~CNY6.43) below the lower end of the recent range (CNY6.45).  The question was whether this was a breakout.  We thought the squeeze in the Chinese money market was primarily the culprit and that ahead of quarter-end and the week-long holiday (first week of October), the PBOC would act.  The PBOC injected liquidity ahead of the weekend, and the dollar’s broader strength proved too much.  The greenback reached almost CNY6.47 before the weekend and settled closer to CNY6.4660.  It was the largest two-day advance in a couple of months.  The dollar closed a little above 6.47 against the offshore yuan (CNH). 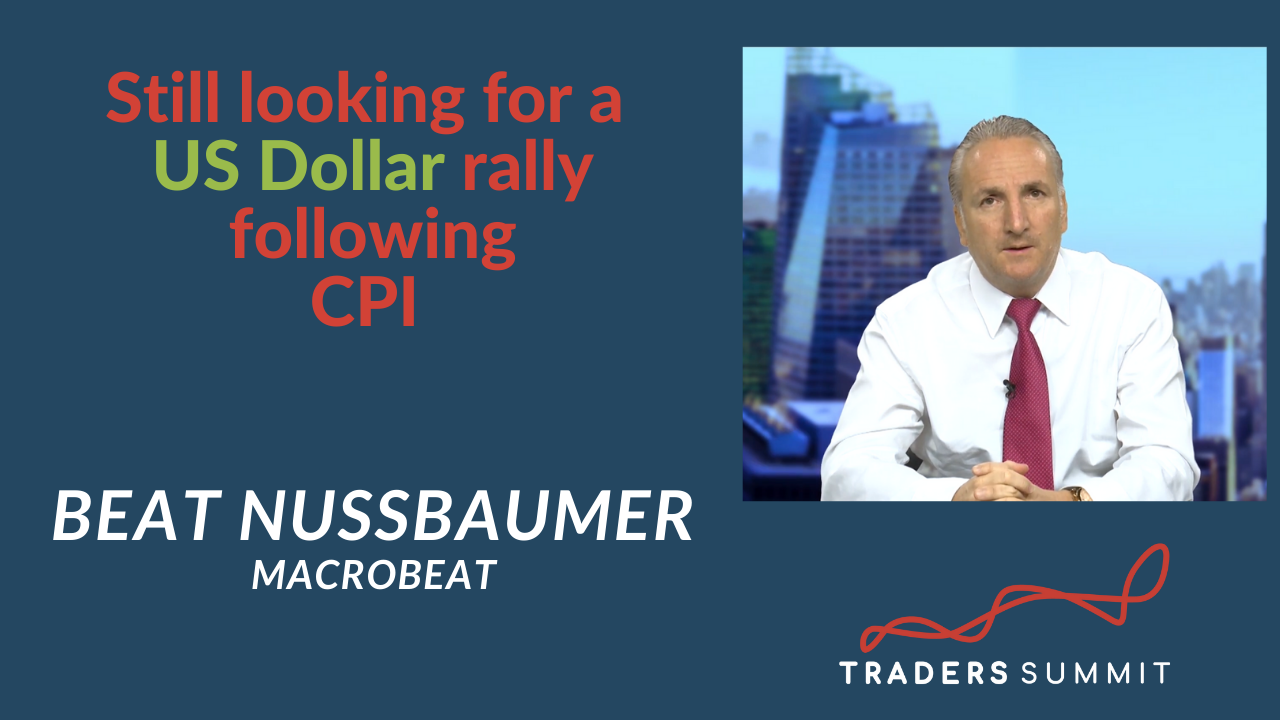 Calm Before the Storm?