As was widely predicted, the currency markets traded sideways for much of last week as they awaited the Federal Reserve’s Symposium at Jackson Hole. Risk sentiment that had deteriorated over the previous weekend improved slightly but quickly soured again after the suicide bombings at Kabul Airport, keeping the dollar at its recent high levels. With so many investors expecting the Fed to adopt a hawkish tone and announce its intentions to start tapering asset purchases, seen as a first step towards tightening economic policy, there was always scope for disappointment. Indeed, the Fed did disappoint with Fed Chairman Jerome Powell taking a cautious approach suggesting in his opening speech that it “could” be appropriate to begin tapering this year. After these comments, both sterling and the euro bounced back and ended the week stronger whilst GBPEUR remained pretty much where it had started.

Jerome Powell expressed his concerns over the jobs market, saying that “we have much ground to cover to reach maximum employment”, which seems to be the biggest concern of the Federal Reserve. Powell’s stance is slightly at odds with some of his colleagues, several of whom are concerned at the rate of inflation. With one of the Fed’s chosen indications, the Core Personal Consumer Expenditure level, coming in at a 30 year high last Friday, these worries are entirely understandable. After the comments regarding employment, the market is likely to tread water in the early part of this holiday-shortened week as it waits for the latest jobs report from the US this coming Friday to see if it justifies the Fed’s reticence to taper. With most of Europe still away on vacation and little on the data horizon for either the EU or the UK, it appears that another week dominated by events in the US will drive the price action of sterling and the euro.

With much of the country taking advantage of the short week and enjoying staycations, we are probably in for a quiet few days for sterling. It is likely to be moved by forces beyond our control, particularly from the US and not just in the form of US employment data but also risk sentiment. With the repercussions from the US’s hasty withdrawal from Afghanistan still being felt, there is a danger for beta currencies, such as sterling, to suffer some losses. Domestically with much of Europe and the UK entering the final weeks of the holiday period, there doesn’t appear to be anything to upset the GBPEUR rate from staying relatively stable in the days ahead. Domestically, a close eye will be kept on increases in Covid case, but in terms of macro-economic data, the only releases scheduled are the Markit Purchasing Managers Index (PMI) for manufacturing tomorrow and the Markit Services PMI on Friday, neither of which are likely to move the markets

There is a slightly busier week ahead in Europe as traders finally consider exchanging their deckchairs for their office chairs. Dominating proceedings, as they will increasingly do, will be the German Elections at the end of the month, which at the moment look too tight to call, especially after last weekend’s television debate. The uncertainty surrounding them and the continuing easy money approach of the European Central Bank is likely to hold the euro back from making too many substantial gains. There is also a pretty full data calendar to occupy the markets starting this morning as this note drops in your inbox with German unemployment and later the flash (first readings) of August’s Consumer Price Index for the Eurozone. Tomorrow Germany releases its Retail Sales for August and its Manufacturing Production Manager’s Index (PMI) for the same period whilst the Eurozone reports on its July Unemployment Rate. The data week draws to a close on Friday with all of Europe’s individual PMIs, and Eurostat releases its July Retail Sales data.

This week’s US jobs data’s importance has increased significantly after Jerome Powell’s announcement at Jackson Hole last Friday that the economy had more to do to reach an acceptable employment level. As is customary at the start of the month, sets of US employment data are released throughout the week, culminating with Friday’s Non-Farm Payroll report. Analysts are suggesting that an increase of around 850,000 will swing the mood in the Fed towards an earlier than anticipated pre-announcement of tapering, possibly in September, whilst a number sub 500,000 is likely to delay any such policy change. We are also expecting that volatility will be increased after the figures as the following Monday, the US is closed to celebrate its Labor Day holiday, which traditionally marks the end of Summer. Also released this week are the ADP white-collar employment data tomorrow and the weekly jobless number the following day. Before these numbers are posted, the market has August’s Consumer Confidence this afternoon and also the ISM readings of Purchasing Managers Indexes, also released tomorrow.

The Swedish krona has recovered most of its lost ground after geopolitics and fears over Afghanistan drove beta currencies lower earlier in August. Yesterday was a normal working day in Sweden, and we saw the krona extend its gains further against most G10 currencies. This week is a quiet one from a macro data perspective, with no significant data releases scheduled.

Over in Norway, the krone performed somewhat similarly to its brother, and already a change of government at the General Election in September is being priced in. This week sees no major data releases apart from the official Unemployment Rate on Friday, which is forecast to sit comfortably at 3%. 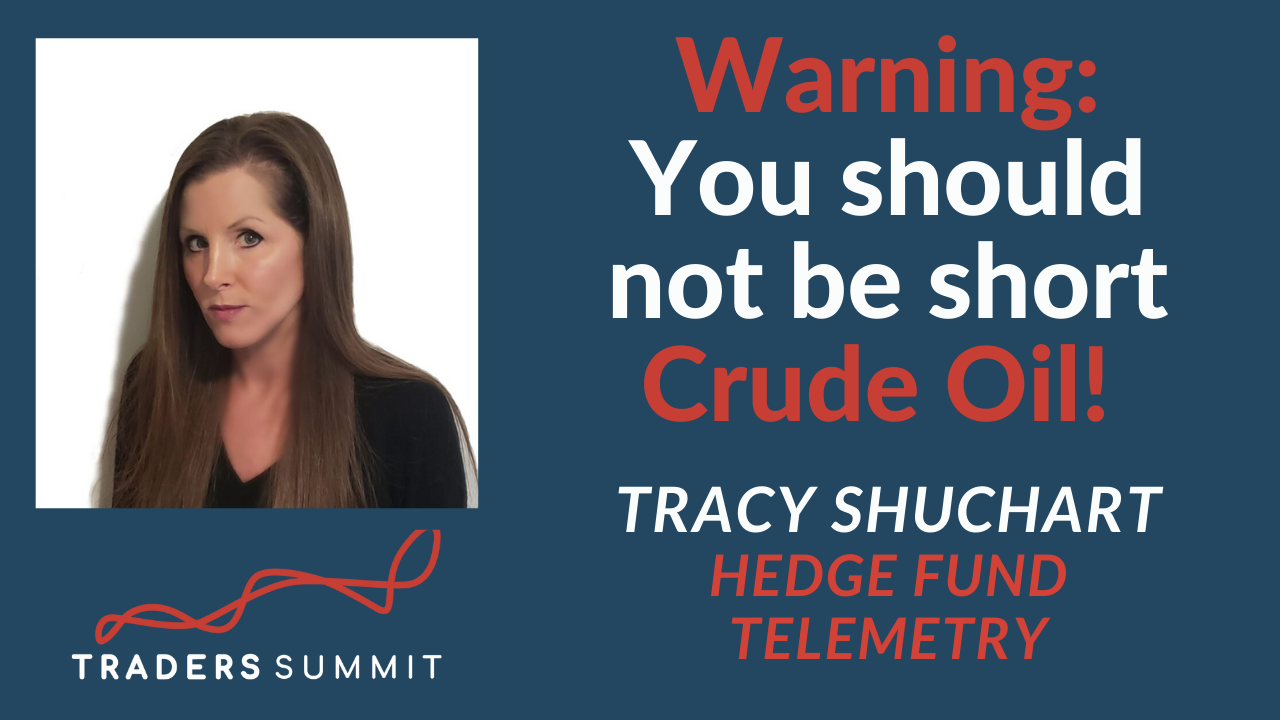 Warning: You should not be short Crude Oil! – Interview with Tracy Shuchart of Hedge Fund Telemetry

Flight Path – “Risk Off Markets, Defense Remains on the Field”