Equity markets are fragile after last week’s rout, while bond markets have extended their recovery.  The dollar is mostly firmer to start the new week.  Japan, China, and Taiwan saw equities advance, but not enough to offset weakness elsewhere, and the MSCI Asia Pacific Index was off around 0.75%.  It fell by 1.7% last week.  Europe’s Stoxx 600 fell for the first three weeks of the year and is off another 2.1% today.  US futures have surrendered their early gains.  Bonds are bid.  The US 10-year that had toyed with 1.90% three days ago, is approaching 1.70%.  European benchmark yields are 2-4 bp lower and the periphery is outperforming the core.  China’s 10-year benchmark yield was around 2.77% at the end of last year and is now by 2.67%.  It looks to be on its way toward 2.50%.  Meanwhile, the dollar is mostly firmer.  The yen and Swiss franc appear the most resilient.  The Australian dollar and Scandis are leading the declining currencies.  Among emerging markets, the Turkish lira, Philippine peso, and Chinese yuan are firm, but most others are lower, led by the Russian rouble.  It has fallen by around 5% over the past four weeks and down another .75% today.  The JP Morgan Emerging Market Currency Index, which has risen for the past three weeks is off for the second consecutive session.  Turning to the commodity complex, gold is firm, though holding below last week’s high just shy of $1848.  March WTI is steady and slightly heavier, slipping below $85, after falling for the last two sessions.  US natgas prices are around 2.7% lower after falling 6.2% last week.  European gas prices have surged almost 12% higher, recouping last week’s 4.9% loss in full. Iron ore prices are snapping a four-day, nearly 11% advance.  Copper is around 1.8% softer, cutting last week’s gains by more than half.

Japan’s flash PMI disappointed, but the new quasi-emergency measures in the face of a surge in the virus is the main culprit.  The manufacturing PMI remained firm, rising to 54.6 from 54.3, but the services collapsed to 46.6 from 52.1.  This dragged the composite back below the 50 boom/bust level to 48.8 from52.5.  Separately, at least five prefectures felt the impact of the 6.6 earthquake in the southern islands.  Lastly, after a 90-minute call before the weekend, US/Japanese officials seek a “quick resolution” to the steel and aluminum tariffs imposed on national security grounds by the US in 2018.

The US dollar is testing this month’s low against the Japanese yen near JPY113.50.  A break would initially target the JPY113.00 area, but the risk may extend to JPY112.50.  On the upside, the greenback meets resistance ahead of JPY114.00, where, just below a $460 mln option expire today.  The Australian dollar is extending its losses today. It peaked last Thursday near $0.7275 and is pushing at $0.7150 in the European morning, which is around the halfway mark of the rally from the December 3 low a little below $0.7000.  The $0.7115 area corresponds to the next retracement objective (61.8%).  Note that a A$410 mln option expires tomorrow at $0.7100.  The dollar gapped lower against the Chinese yuan and proceeded to drop to almost CNY6.3240, its weakest level since April 2018.   The greenback has fallen in 10 of the past 12 sessions. The yuan is also higher against its trade-weighted basket (CFETS) and appears to be at its highest level since August 2015.  The record trade surplus and portfolio capital inflows are offsetting the policy divergence.  The PBOC set the dollar’s reference rate at CNY6.3411, slightly stronger than the market (Bloomberg survey) for CNY6.3407.

Germany’s preliminary PMI surprised to the upside.  The manufacturing PMI rose to 60.5 from 57.4, well above expectations, which had anticipated a decline.  The service sector rebounded to 52.2 from 48.7.  The composite moved back above the 50 boom/bust level for the first time in three months (54.3).  France, on the other hand, disappointed.  The manufacturing PMI did not decline as much as expected (now 55.5 from 55.6), but the service PMI fell more (53.1 from 57.0).  This dragged the composite to 52.7 from 55.8 (Bloomberg median forecast was 54.7).  The aggregate readings were mixed.  The manufacturing PMI rose to 59.0 from 58.0, better than expected.  The services PMI fell to 51.2 from 53.1 (expected 52.0) and the composite fell to 52.4 from 53.3.  This is the fifth decline in the aggregate composite in the past six months.  It peaked last July at 60.2.  The virus seems to be the key and appears to be disrupting Q1 economic activity.  Geopolitics, European politics, and elevated energy prices are doing no favors.

The UK flash PMI disappointed as well.  The manufacturing PMI eased to 56.9 from 57.9 and mixed the median forecast (Bloomberg survey) of 57.6.  The services PMI slipped to 53.3 from 53.6.  Optimistic economists had forecast a small rise.  The composite ticked to 53.4 from 53.6, defying expectations for a small gain.  It is third consecutive decline in the composite PMI and the sixth in the past eight months, since peaking last May at 62.2.  Meanwhile, the market is swirling with talk about other miscues by the Johnson government has Gray’s report of her internal investigation is awaited.

Italy begins choosing a new president today.  There is one ballot a day to be cast by 630 members of parliament, 321 senators, and 58 regional representatives.  In the first three rounds a 2/3 majority is needed for victory.  Starting with the fourth round, only a simple majority is needed.  Berlusconi pulled out over the weekend.  The risk is that if Draghi becomes the next president, efforts to name a new prime minister could falter, and thereby force snap elections.  Traditionally, Italy is viewed as a weak president model, but the president does have authority to name a prime minister (which is how Draghi got the job), force parliament to reconsider legislation and can name 1/3 of the Constitutional Court.  European politics is a key focus in the first part of this year.  We have talked about UK and Italian developments.  Portugal goes to the polls in a few days, and the French presidential election in April is already moving on the radar screens as the latest polls show Macron’s support is fading, falling to 37% (from 41%) in December, and a 60% disapproval rating.

The euro is going no place quickly. For the fourth consecutive session is being blocked by offers in the $1.1360-$1.1370 area.  It found bids near $1.1300 in the second half of last week.  An option for almost 1.1 bln euros at $1.13 expires tomorrow.  We see the technical factors favoring a downside break and see initial potential toward $1.1255.  Technically, sterling looked particularly vulnerable at the end of last week and follow-through selling today has seen it approach $1.35.  It peaked on January 13 near $1.3750.    The $1.3460 area is the next target.  It is the (50%) retracement objective of the rally that began on December 20 from about $1.3175.  Also, note that the five-day moving average is poised to cross below the 20-day average for the first time in a little over a month.

With sharp losses in the stock market, talk about the “Fed’s put” has been rekindled.  Indeed, the Fed funds futures had last week begun pricing in risk of a fifth hike this year, and about a 1-in-3 chance of a 50 bp move in March.  The drop in equities has stalled the market’s aggressiveness.  But also note what is a self-correcting mechanism too.  A sharp decline in equities has seen private sector demand for US notes and bonds, and spurs talk of business downturn.  We have argued that between the anticipated rate hikes, balance sheet reductions, fiscal tightening, and the more than doubling of the price of oil are powerful headwinds on the economy, the cumulative effect of which may not be fully appreciated.  Note that a third of the S&P 500 by market cap report earning this week.

Moreover, the tightening is taking place as the US economy loses forward momentum.  The US sees the flash PMI today.  It is expected to have softened.  The composite PMI has fallen in six of the past seven months since peaking last May at 68.7.  The median forecast in Bloomberg’s survey looks for its to fall below 57.0.  The FOMC meeting at mid-week is the highlight, but the first look at Q4 GDP is the following day.  Estimates have ben shaved and the risk seems to be on the downside of the median forecast (Bloomberg survey) of 5.3%.

The Bank of Canada also meets Wednesday.  Economists in Bloomberg’s survey sees at standpat policy. The swaps market has almost a 73% chance of a hike discounted.  Participants should be braced for increased volatility.  We side with the market and are inclined to see a hike.  They are not the only ones in the Americas that will likely hike this week.   Chile is expected to hike 125 bp to bring the policy rate to 5.25%.  It would be the first back-to-back hike since July-August, and would be the third move of 125 bp.  Colombia is expected to raise its repo rate to 3.75% from 3.0%.  It also hiked rates 50 bp in December after the first move in the cycle in October for 75 bp.

The US dollar bottomed last week near CAD1.2450 and bounced to almost CAD1.26 before the weekend.   This is the previous neckline of a head and shoulders topping pattern we have monitored.  We have been looking for a countertrend bounce and in Europe, it is testing CAD1.2615.  Initial resistance is around CAD1.2630, a near-term retracement objective and the 20-day moving average.  Above there, potential is to CAD1.2650-CAD1.2675.  The greenback carved a low near the Mexican peso’s 200-day moving average last week (~MXN20.28) and traded up to MXN20.5665.  It is knocking on this area now.  A move above here could spur initial gains toward MXN20.65.  The momentum indicators favor the US dollar. 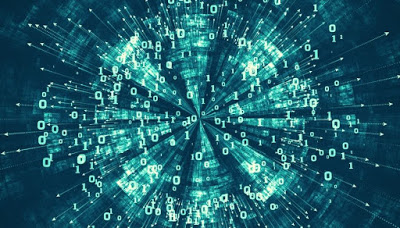