The One on Inflation Nuances and Portfolio Construction

It is time to be humble about inflation. It is tricky to time the peak, why a basket with embedded windshields, should inflation re-accelerate, may be the best choice.

Before we start, first things first – I’m all about saving time. Trying to keep up with the endless economic data that comes out each day can be… overwhelming. And frankly, culling the signal from the noise is a full-time job. One of my favorite shortcuts is the Daily Edge by Invictus Research.

The Daily Edge is a 6-10 minute video that covers all of the important economic data and market moves from the day prior. It’s short, consumable, and 100% focused on connecting the dots between the economy and the markets (i.e. making you $$). It’s like having a professional hedge fund analyst working for your portfolio… Except that it only costs ~$2/day. Use the discount code STENO at checkout for a 30-day free trial (link here).

So.. Let’s get to it.. On the back of this week’s shocking US CPI report I thought it would be a good idea to discuss what is going on with inflation and where we might be heading. Both YoY and MoM printed above expectations which rang the alarm bells in equity land where it was all a sea of red. High beta assets were the biggest losers with Nasdaq down over 5% on the CPI day… Yikes!

One of the main culprits for this broad downturn is the market’s expectation of even higher real yields, which are drying up liquidity across the board. You can’t even hide in commodities any longer, which had otherwise been the absolute winner of Q1 and Q2. Just look at crude which is down around 30% since its peak in early June.

Chart 1: No hiding when the ‘Real’ reaper is around

Now, using spot CPI prints to gauge future inflation and how markets will position for it is a big no-no, so instead of doing that, let’s see where markets are actually trading inflation going forward from here. Traded inflation has nose-dived since before summer, which has made a broad short inflation basket a relative winner since May (at least in USD assets). No matter whether it’s right or wrong that inflation has already peaked (the jury is still out), it is indisputable that markets have traded inflation lower with cross asset repercussions since May.

Chart 2: Short term inflation breakevens have nosedived over the summer

A look under the inflation bonnet

So let’s look forward shall we, after this mixed bag of goodies in the latest CPI report. So what moved the CPI basket this time around? Well, shelter costs did the heavy lifting and given its weight in the CPI basket, it really carries a punch. MoM the shelter costs component was up >0.7%, but this comes with a big caveat. Cost of shelter is the most lagging variable in the basket. The shelter index in the CPI basket lags the housing price development by up to 18 months. So if house prices drop today, it will take more than a year for the CPI methodology to realize this.

Chart 3. Cost of shelter rising with a 12-18 month time lag to house prices

It is not a coincidence that the market started pricing in a 100bps rate hike at the next FOMC. After all, we know how much the Fed loves their lagging indicators to guide their decisions about the future. Monetary policy is per definition set by looking in the rearview mirror when the policy target variable is ACTUAL inflation. The medicine available? Rate hikes.

Wall Street swiftly signaled ‘message received’ and came to the aid of Jerome Powell, but as far-fetched as it might sound, I am not convinced that Biden received the memo. Jokes aside, the timing of a People’s House celebration of the Inflation Reduction Act was strange at best.

Enough with politics. Let’s dissect the data and see what we can deduce.

With an 8.3% rise in CPI inflation did not ease as much as expected in August. Despite the slight cooling, relative to previous few prints, the squeeze on consumers remains acute.

The surging rent prices just underscore the difficulty of bringing inflation under control. These costs are still trending upwards in the CPI index. Not very comforting given that it is the largest component in the basket making up around 30% of overall inflation.

How do the BLS measure changes in shelter costs?

Measuring changes in the costs of shelter is much more difficult than, say, oranges or cars. That has to do with the fact that the cost of housing for both renters and homeowners must be included in the calculations. For tenant rent it is quite simply the cash rent paid to the landlord plus any utilities included in the lease.

For units occupied by the owners on the other hand, the BLS computes the Owners’ Equivalent Rent (OER). Said differently; the cost of renting something similar. Utilities are measured separately in this case.

Due to the fact that rent doesn’t change frequently data from each sample unit is collected every six months. The complexity does not end there though. The BLS adjusts for changes such as age of the property, neighborhood improvements and physical renovations.

As you can imagine the degree of complexity to the calculations causes problems with the measurement of the OER. Finding rental housing that is comparable to owner-occupied units is not always an easy task. Large and expensive single family houses are particularly difficult.

Additionally, and maybe more interestingly, due to the fact that rents change as leases expire – typically annually – a lag arises in the CPI. This is one of the reasons why housing/rents are more often than not left out of inflation discussions in Europe, but sadly not in the US.

And while most analysts and newsletter-sellers now re-gather around an “INFLATION HAS NOT PEAKED” narrative again, they missed the most important inflation print of the week, namely the NFIB price plan survey. The survey could obviously be broken, but there is a pretty decent risk/reward in betting on lower inflation given the latest NFIB survey, if you ask me. Just see the chart below.

Chart 5. Inflation has peaked if you ask SMEs in the US

Performance of the short US inflation basket. (E)

I have never been one to shy away from sharing my positions. Nor do I try to cover up my losses. No matter how extensive and thorough one’s analysis is and no matter how valid one’s trade rationale is, profitability is never guaranteed. The market can be very humbling in that sense – even for the most experienced professionals – and, for many, it indeed has been recently.

I myself have been humbled quite a few times, but no matter how difficult, I try not to take losses personally. After all, you mustn’t forget the premise of the markets; no matter how sour, losses are just an embedded part of the game. Now, let’s not obsess over the fly in the ointment but rather look at the unbiased performance of the instruments of my choice over the past months. The ‘short US inflation basket’ as I like to call it.

Chart 6. The Short US inflation basket gained 5-7% since late-May

The basket consists of exchange traded funds and a spread trade. The ‘iShares 20+ Year Treasury Bond ETF’ or ‘TLT’ for short has not performed as I would have liked it to, but in the aforementioned basket we also find Wisdomtree’s ‘Short Broad Commodities’ ETF with the ticker ‘SALL’. As the name probably gave away, this ETF is a broad short bet on commodities, which has been a good bet since early June, but I entered a little late in that sell-off – so the position is still kind of wobbly.

First page of investing 101; know when to cut your losses and remember to ride your winners. Sounds easy, right? I have enough conviction of a downside in commodities lurking on the horizon as to not flinch but hold my position.

As I am sure you know, if you read my tweets or ‘Steno Signal’s’ that is, I find Europe to be stuck in a bigger mess than the US right now. The energy crisis – no, I do not believe that to be an exaggeration – that the EU finds themselves in, is of a magnitude last seen in the 70’s.

Looking in my crystal ball though, I see no car-free Sundays, nor do I opt in on the doom-discourse. It may very well just be by the skin of our teeth, but I believe that Europe will pull through the winter. Are there really any alternatives?

So how have I traded my view on the relative strength between the EU and the US? Besides being indirectly exposed by earning my living (partly) in USD and paying my bills in EUR, I have put on a spread trade between SPX and DAX – long and short respectively. A well performing trade to lift my spirit.

In any case, it has actually been a net/net good idea to short a basket performing when US inflation drops since early June. Even if bonds have sold off, commodities have come down and the US equity market has gained relative to Germany due to a relative dissipation of US inflation compared to Europe.

With a clear lag in European heating/electricity prices, we are likely yet to see the worst numbers in CPI-terms in Europe, while I am more confident that US inflation is at least not reaching new highs in YoY terms. The short USD vs. long EUR inflation trade via equities is hence still valid for Q4.

Gold: The Price that Turns the Tide 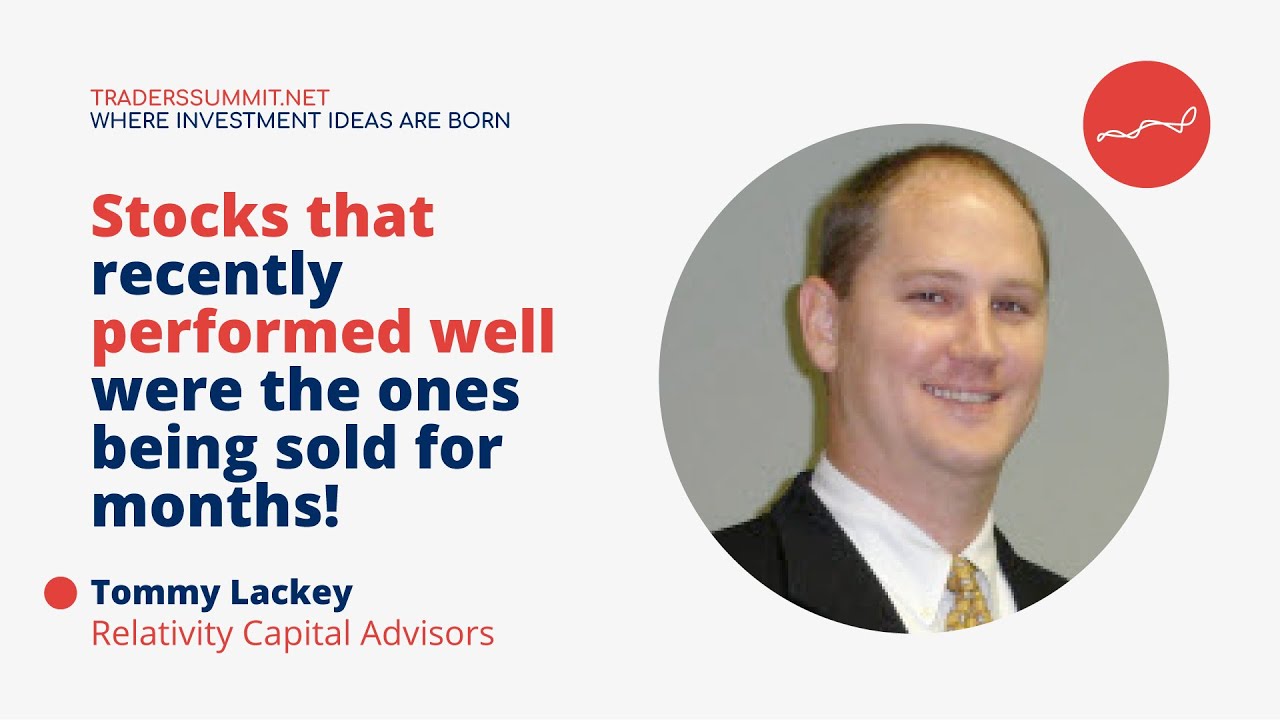 Stocks that recently performed well were the ones being sold for months! – Tommy Lackey Interview 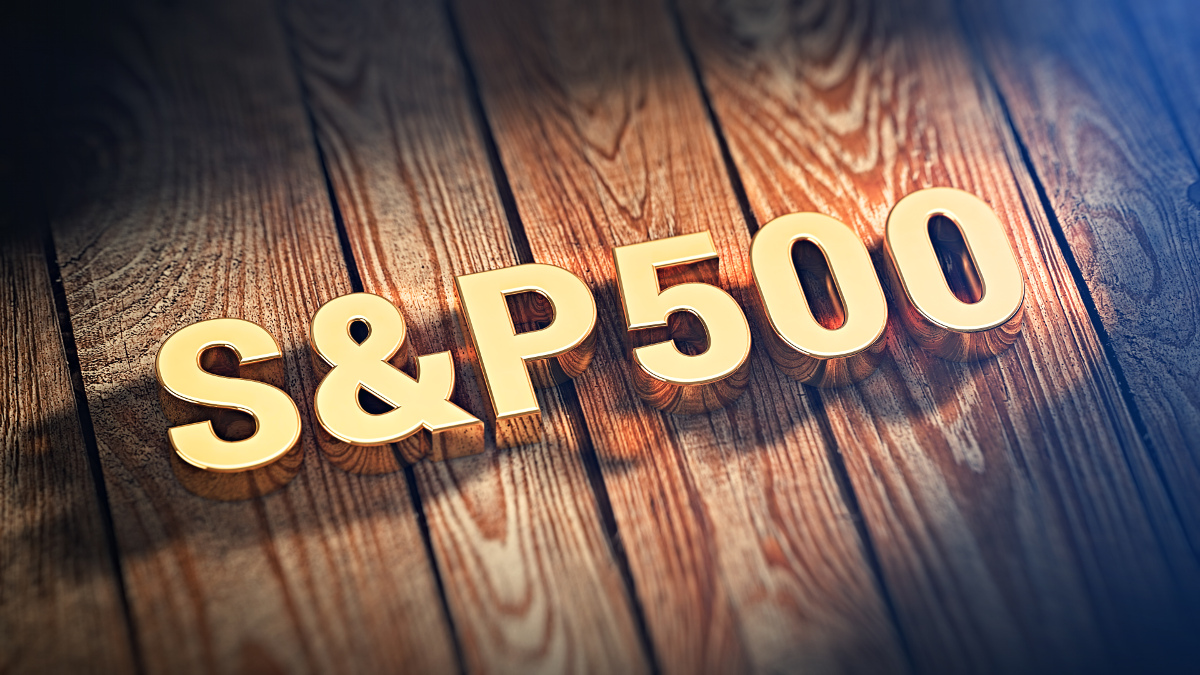 The S&P500 Index Marches On