•    The US dollar turned more mixed after Washington announced it will freeze Chinese IPOs.  The euro and sterling had risen to new highs for the month in the European morning.
•    Japanese economic data was stronger than expected, suggesting the world’s third-largest economy may have avoided a contraction in Q2.
•    The eurozone reported a larger than expected drop in June unemployment and a stronger than expected Q2 GDP of 2.0% (vs. 1.5% anticipated).  It is the first expansion in three quarters.
•    The preliminary EMU CPI rose 2.2% in the year through July, accelerating more than expected from 1.9% in June.
•    The US June personal income and consumption data was incorporated in yesterday’s GDP figures, but the monthly data and deflator may attract attention.
•    Mexico reports Q2 GDP today.  It is expected to have expanded by 1.8% on the quarter after growing 0.8% in Q1.
•    China reports July PMIs over the weekend.  Manufacturing is expected to have softened slightly.  Caixin’s measure of services may have firmed, though in the official reading a downtick is anticipated.

Overview: Disappointing revenue and sales figures by Amazon shortly after the US close yesterday set the tone for today’s equity sell-off. Many large markets in the Asia Pacific area fell by more than 1%, including Japan, Hong Kong, South Korea, and New Zealand.  New lockdown measures around the capital sent the Philippines bourse down nearly 3.5%.  Singapore, India, and China’s Shenzhen Composite were notable exceptions and posted minor gains.  After reaching record highs yesterday, the Dow Jones Stoxx 600 has retreated, led by energy and consumer discretionary sectors. The S&P 500 is poised to gap lower after it too set record highs yesterday.  The US Treasury market is bid, and the 10-year yield is below 1.25%, while European yields are mostly a little firmer.  China’s 10-year benchmark yield is off about 2.5 bp to 2.85%, the lowest level in nearly a year.  The poor equity showing and risk-off are finding the normal expression in the foreign exchange market.  The US dollar is mostly mixed, with the Scandis and Antipodeans showing heavier tones.  However, the yen is also softer and the Canadian dollar is the best performer through the European morning.  The JP Morgan Emerging Market Currency Index has edged higher, and if sustained, it would be the fourth session this week that it has advanced.  Barring a reversal, the benchmark is set to snap a four-week decline.  Gold is firm near $1830 and is up around 1.5% on the week, the fourth advance in the past five weeks.  Oil is firm, and the September WTI contract is near two-week highs, around $73.50.  It has gained about 2% this week, which leaves it little changed on the month.   The CRB closed at new six-year highs yesterday. Coming into today, it is up a little more than 2% for the week, which is the eighth gain in the past 10 weeks.

Japan’s economy is showing sufficient resilience, and rather than contract in Q2, the world’s third-largest economy may manage to eke out a small gain.  Helped by foreign demand, industrial output rose by a stronger than expected 6.2% in June.  Economists had projected a 5% gain after a 6.5% decline in May.  For the quarter, industrial production rose by around 2.5%.  June retail sales also rose more than expected.  The 3.1% gain last month follows a revised 0.3% decline (initially -0.4%). Retail sales fell by a little more than 1.5% in the quarter, showing the fragility of domestic demand and the absence of tourism.  Separately, Japan’s unemployment rate unexpectedly slipped to 2.9% from 3.0%, and the jobs-to-applicant ratio kicked up to 1.13 from 1.09.  This was better than expected and the highest since last May.

China will report its PMI over the weekend.  In the official version, both the manufacturing and non-manufacturing readings are expected to tick slightly lower.  The Caixin measure, which focuses more on small and medium businesses, is expected to see manufacturing soften, but the services PMI may rise.  However, the events over the last couple of weeks as officials launch an aggressive campaign to tame the domestic economic agents are superseded by concern over high-frequency economic data.  China’s Politburo issued a statement saying that it will improve the process for foreign listings without elaboration.  Separately, but perhaps not totally unrelated,  Beijing has ordered a dozen of its large internet companies to update data security protections.  Note that while Beijing said it will allow IPOs in the US, the US indicated it will pause IPO registrations for Chinese companies.

The dollar fell to an eight-day low against the Japanese yen in Asia, dipping briefly below JPY109.40.  It has recovered but remains in a narrow range, setting session highs just shy of JPY109.65 in the European morning.  The dollar settled near JPY110.55 a week ago.  Key support is seen near JPY109, and there is an option for around $525 mln struck there that rolls off today.  The Australian dollar is little changed in quiet turnover as it trades within yesterday’s range. It is oscillating around $0.7400.  It has not closed above there for a couple of weeks, and there is an option for over A$ 1 bln that expires there on Monday.  A close above $0.7420 would lift the technical tone.  Since peaking on Tuesday near CNY6.5125, the dollar has been recording lower highs.  Today’s high was about CNY6.4650.  The greenback slipped to a two-week low near CNY6.4510.  The PBOC set the dollar’s reference rate at CNY6.4692, deviating more than usual from the median projection in Bloomberg’s survey for CNY6.4578.

There were three economic reports from the euro area today, and each was stronger than expected.  The June unemployment rate fell to 7.7% from 8.0% in May (initially 7.9%).  Economists had expected an unchanged report.  Instead, the unemployment rate stands at its lowest level since last May.  Recall it was at 7.4% in the final months of 2019.   The initial estimate for Q2 GDP stands at 2.0%.  Economists had anticipated a 1.5% expansion after contracting in the previous two quarters.  In terms of individual performances,  Germany was a disappointment.  Rather than expand by 2.0% as forecast, the economy grew by 1.5%, while Q1’s contraction was revised to -2.1% from -1.8%.  France bested expectations slightly, growing 0.9% in the quarter, while the 0.1% contraction in Q1 was revised away.  Italy surprised with a 2.7% Q2 expansion, more than double the anticipated pace, and Q1 was revised to a 0.2% expansion from 0.1%.  Separately, its unemployment rate fell to 9.7% in June from a revised 10.2% in May (initially 10.5%).  Spain also had a pleasant surprise to report.  Its economy expanded by 2.8% in Q2, rather than the 2.1% the median forecast in Bloomberg’ survey projected.

Following the unemployment and GDP reports, today’s third data point was the preliminary estimate of July’s CPI.  German data yesterday warned of the risk of an upside surprise, and that was what was delivered today.  Although prices fell 0.1% on the month, economists had projected a 0.3% decline.  This translates to a 2.2% year-over-year pace, up from 1.9% in June and above the 2.0% expected.  Like Germany, France’s harmonized CPI rise (0.1% from  1.6% year-over-year rate) was more than anticipated.  On the other hand, Italy’s was slightly lower than expected, a 0.9% year-over-year after a 1.3% rate in June.

In the European morning, the euro has been bid above $1.19 for the first time this month.  Some buying may be related to the 1.2 bln euro options struck there that expires today and another one with the same strike and size that expires on Monday.   A convincing break of the $1.1920 area would target the $1.1985-$1.2010 resistance area.  Sterling, like the euro, is posting gains for the fifth consecutive session.  It set the month’s high today slightly below $1.3985, but the market does not appear to have given up on the $1.40-level, which sterling has not closed above since mid-June.  Sterling’s 1.6% gain this week (at around $1.3975) is the largest week’s advance this year.

The US Q2 GDP missed expectations yesterday, expanding at a 6.5% annualized clip, and the Q1 estimate was tweaked lower to 6.3%.  A key source of the miss was a less than expected accumulation of inventories, which reduced growth by a little more than one percentage point.  Supply chain bottlenecks are the likely culprit.  Meanwhile, the 11.8% rise in consumption was stronger than expected.  The monthly personal income and consumption data that will be reported today was incorporated into yesterday’s GDP report.

Still, the monthly data may be of passing interest.  Income is expected to have fallen by 0.3%, mostly reflecting a decline in government transfers.  Expenditures likely increased by around 0.3% after falling by 0.4% in May.  The headline PCE deflator, which the Fed targets, is forecast to rise to 4.0% from 3.9%.  The core deflator, which the Fed talks about but does not target, may have edged up to 3.7% from 3.4%.

Canada reports its monthly GDP series for May.  It is expected to match the 0.3% contraction seen in April.  The news may be too old to elicit much of a response and may be overshadowed by the US data in any event. The Canadian economy appears to have recovered in May, and central bank officials felt so confident that they continue to reduce their bond purchases earlier this month.  Mexico will report Q2 GDP today.  The economy is expected to have expanded by 1.8% after 0.8% growth was reported in Q1.

The US dollar slipped to a marginal new two-and-half week low against the Canadian dollar near CAD1.2425 in the European morning. Key support is seen near CAD1.24, where a $785 mln option is set to expire today.  On the upside, nearby resistance is seen around CAD1.2450, where another option (~$700 mln) is set to expire today.  The greenback peaked last week just above CAD1.28 and settled last week by CAD1.2565.  The US dollar is within yesterday’s range against the Mexican peso.  It is consolidating after falling for the past seven consecutive sessions to a three-week low near MXN19.85.  It finished last week around MXN20.0660.  The peso is up about 0.9% this week.  The Brazilian real is the strongest in the emerging market space this week, with a 2.3% advance in tow coming into today.

Is the Biotech Space Looking for a Major Price Move?

Is the NZDJPY Perfect for a Swing Trade? 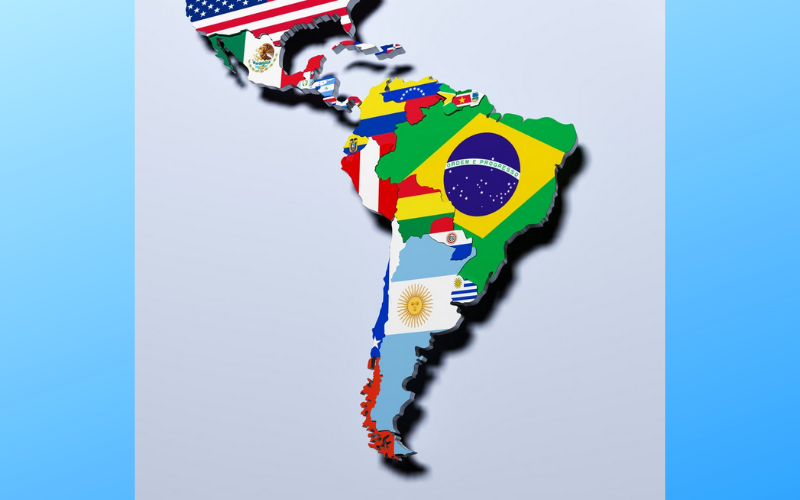