Overview: The combination of the dovish ECB’s forward guidance and the unexpected rise in weekly US jobless claims to a two-month high sent bond yields tumbling.  The US 10-year pulled back from 1.30%, and benchmark yields in the eurozone fell to new 3-4 month lows. The $16 bln 10-year TIPS auctioned yesterday resulted in a record low yield of a little more than -1.0%.  The bond market is quieter today, with the US 10-year yield little changed at 1.29% and European bond yields mostly 1-3 basis points higher.  Equities were mixed in the Asia Pacific region.   China’s crackdown on Didi may be scaring investors.  Chinese, Hong Kong, and Taiwanese markets fell, while South Korea, Australia, and Indian markets advanced.  European shares are higher for the fourth consecutive session, lifting the Dow Jones Stoxx 600 to around 0.2% from record levels.  US futures are firm.  The dollar is firm against most of the major currencies.  On the week, the Canadian dollar is the strongest of the majors, up about 0.35%. The Swedish krona is the only other major currency to have gained against the greenback this week.  Emerging market currencies are mixed.  South Africa’s central bank did not hike rates yesterday, and the rand was the weakest emerging market currency yesterday and retained that distinction today.  The JP Morgan Emerging Market Currency Index is slightly softer for the second consecutive session.  The dollar is falling for the fourth consecutive session against the Russian rouble as the central bank announces as expected that is hiking rates 100 bp to 6.50%.  Gold is consolidating between $1800 and $1810, but it needs to get back above $1812 if it is going to extend its recovery for the fifth week.  Crude oil is softer after three strong advances that recouped most of Monday’s sharp losses.  September WTI stalled near $72 and is little changed on the week.  Canadian wildfires are raising concerns about lumber supply, and the September futures contract rallied 10% yesterday on top of 7.7% on Wednesday.  Copper is up for the fourth consecutive session, and the CRB Index is up about 1.8% this week, coming into today.

New record virus cases in Sydney cast a pall over Australia.  The preliminary PMI’s weakness gives a sense of the economic impact.  Manufacturing slowed to 56.8 from 58.6, but it was services that are bearing the brunt.  The service PMI fell to 44.2 from 56.8.  This was sufficient to drive the composite below the 50 boom/bust level to 45.2 from 56.7.  This is the lowest since last May.  The poor report will fuel ideas that the RBA will provide more support through increased bond purchases at its meeting in early August.

Don’t expect much from the weekend meeting between the US Deputy Secretary of State Sherman and the Chinese Foreign Minister Wang.  It is the highest-level meeting since March and apparently almost was aborted when China offered to have Sherman meet one of Wang’s deputies.  The underlying purpose seems to lay the groundwork for a possible Biden/Xi meeting at the October G20 meeting that has long been anticipated.  Although the Biden administration has made it clear that it is not ready to renew regular high-level talks, it does not mean that there is no communication between the two rivals.  While China is a poor actor on the world stage, Biden is using the confrontation with Beijing to further its domestic agenda and shape its efforts to reassert America’s leadership.

The US dollar was tested at JPY109 at the start of the week and is now near JPY110.50, a seven-day high, and could close above the 20-day moving average (JPY110.40) for the first time in two weeks.  Tokyo markets were closed yesterday and today.  The preliminary July PMI will be reported as the markets re-open on Monday.  The composite PMI stood at 48.9 in June.  Nearby resistance is in the JPY110.70-JPY110.80 area.  The Australian dollar approached resistance near $0.7400 and was turned back.  A A$460 mln option at $0.7380 expires today.  Without closing above $0.7400 today, the Aussie will extend its loss for the fourth consecutive week and six of the past seven.  The dollar edged higher against the Chinese yuan for the second consecutive session. The upticks were minor, and the greenback is set to finish the week less than 0.1% lower but sufficient to snap a seven-week advance. The PBOC set the dollar’s reference rate at CNY6.4650, near the median projection picked up by the Bloomberg survey of CNY6.4655.   Note that floods in the Henan region, which is an important transportation and logistics hub, maybe a disruptive economic force, slowing activity and boosting prices. Stay tuned.

The ECB did not disappoint.  It had to bring its forward guidance in alignment with its new 2% symmetrical inflation target.  ECB President Lagarde seemed more resolute.  Rates will not be hiked while inflation is below 2%. Next week, the risk is that headline CPI moves above 2%.  Lagarde, like the Fed’s leadership, sees the current price pressures as temporary. The staff forecasts take on more significance.  It sees CPI at 1.4% in 2023.  While the Fed now targets the average rate of inflation, which means that it will encourage somewhat higher than average to offset the past undershoot.  Lagarde explained that in the eurozone, an overshoot is incidental, not deliberate.  The ECB was buying bonds before the pandemic struck and will do so after the economic emergency passes and the PEPP envelope closes (now March 2022).

In broad strokes, the ECB is buying around 80 bln euros a month in bonds under PEPP and about 20 bln euros under the previously launched asset purchase program.  This latter facility has limits (issuer limit, capital key) that make it less than an ideal flexible tool.  Yet, it is precisely these limits that made it acceptable to  Germany’s constitutional court.  At the same time, the ECB re-committed itself to buying bonds under this facility until just before it raises interest rates.  Finally, some reservations expressed by the German, Belgian, and Dutch central bankers are not very surprising. The unanimity of the new inflation target still masked underlying differences, and the hawkish contingent could be a little larger than those that expressed reservations now.  The Bank of England and the Federal Reserve seem to be entering a phase where dissents may be expressed as well.

The preliminary July PMI showed a divergence between Germany and France.  German readings were stronger than expected, and the composite PMI rose to a new high of 62.5 (from 60.1).  The French reports were softer than expected, and the composite slipped to a still firm 56.8 from 57.4.  For the region as a whole, the preliminary manufacturing eased to 62.6 from 63.4.  The preliminary services PMI rose to 60.4 from 58.3, which was stronger than expected.  The result was that the composite stands at 60.6 compared with 59.5 in June.  Next week, the eurozone reports the initial estimate for July CPI and Q2 GDP.   The CPI is expected to push above 2%, while the regional economy is expected to have expanded by 1.5% in the quarter.

The UK reported stronger than expected June retail sales but a bit softer of a flash PMI.  Retail sales rose by 0.5%.  The median projection in the Bloomberg survey was for a small decline.  Excluding gasoline, retail sales edged up by 0.3%.  May’s slide was pared slightly (-1.3% vs. -1.4% at the headline level).  The PMI shows a strong economy that slowed slightly.  The manufacturing PMI stands at 60.4, down from 63.9.  The service PMI moderated to 57.8 from 62.4.  The composite slowed to 57.7 from 62.2.

There appears to have been some progress on the bipartisan infrastructure initiative in the United States, but to appease some Republicans may alienate some Democrats.  The key to the compromise was to delay Medicare regulation approved by the Trump administration that would eliminate the drug companies give to benefit managers under Medicare Part D.  The goal was to reduce out-of-pocket costs.  However, the Congressional Budget Office estimates that it will boost Medicare spending by the government by $177 bln in the 2020-2029 period. If this forms the basis of the deal in the Senate, the progressive-wing of Democrats in the House could resist.

The US sees the preliminary PMI today, and expectations are for it to be little changed at elevated levels.  The US reports its first estimate of Q2 GDP next week.  The median forecast in the Bloomberg survey calls for an 8.3% annualized expansion after 6.4% in Q1.  Canada reports May retail sales today, and a 3.0% loss is anticipated after a 5.7% drop in April.  Nevertheless, subsequent data suggest the Canadian economy has emerged from the soft patch.  The economic highlight next week is the June CPI and May GDP figures.   Mexico’s May retail sales are on tap today, and a modest gain of 0.5% is expected after a 0.4% decline in April.  Mexico reports its Q2 GDP next week.  Economists look for around 1.6% quarter-over-quarter expansion, twice the Q1 pace.

The US dollar is trading quietly within yesterday’s narrow range against the Canadian dollar (~CAD1.2530-CAD1.2595).  It finished last week slightly below CAD1.2615.  The momentum indicators have turned lower, but a break of CAD1.2500 is needed to boost confidence that a high is in place.  The greenback peaked in the middle of the week near MXN20.25 and has been slipping since it was recorded.  It is trading at a three-day low in the European morning (below MXN20.09).  Support is seen in the band from MXN19.98-MXN20.02.  However, provided it stays above the MXN19.90, the greenback will secure its third consecutive weekly advance. 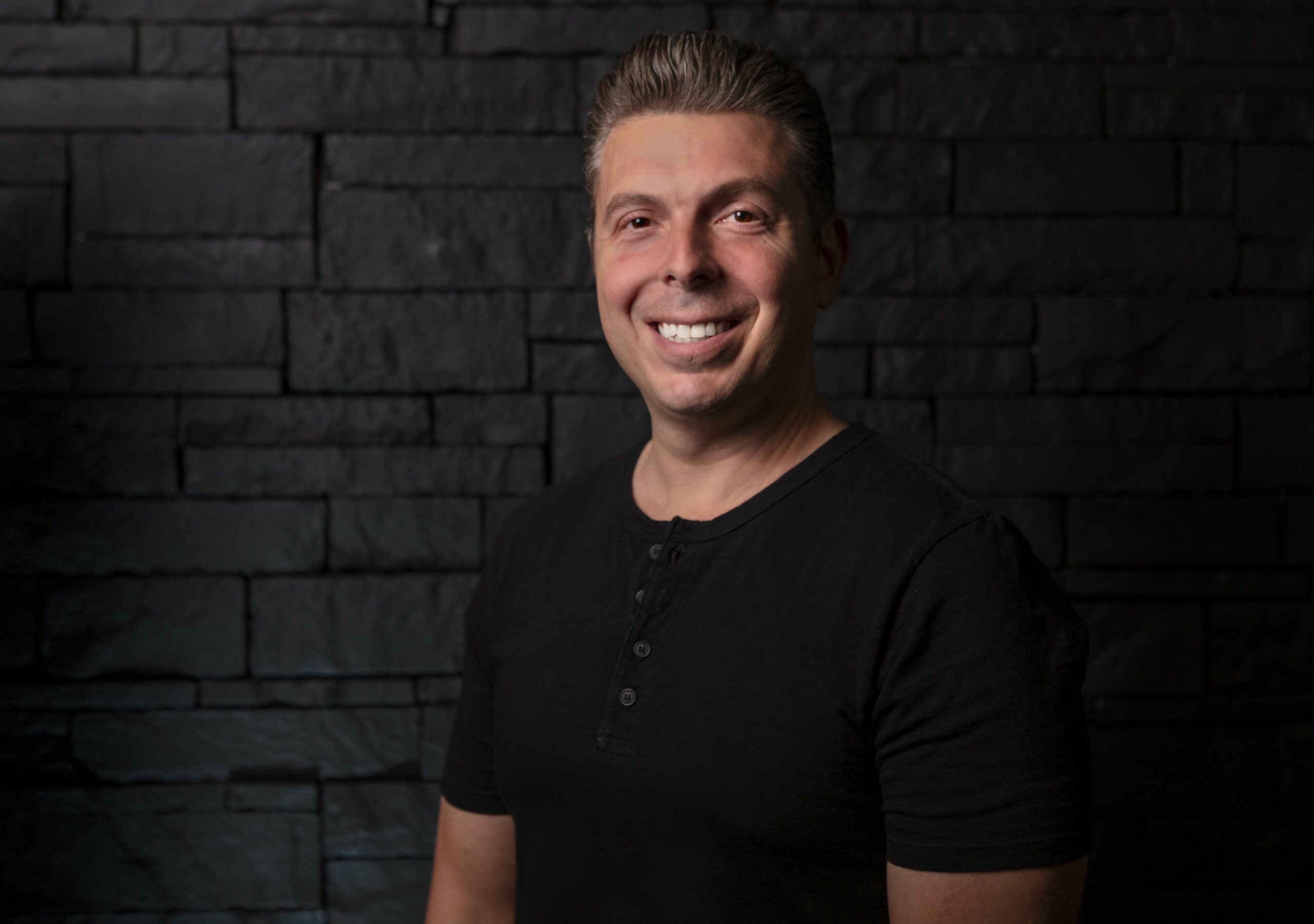 Not Financial Advice – Place Your Trades #3

China Eases and US Yields Surge

Is There Still Time to Buy Berkshire Hathaway Stock on a Strong Seasonal Pattern?

Fed Gets Tough on Inflation