•    The US dollar remains near its 3-4 week lows against most of the major currencies ahead of the August jobs data.
•    Given the broad improvement in the US labor market, through a number of different measures, the inability to sustain the 900k pace of job growth seen in June and July is unlikely to deter the Federal Reserve from proceeding with its plan to begin tapering in Q4.
•    The greenback’s heavier tone leaves the market vulnerable to a “sell the rumor, buy the fact” type of activity.
•    So far, the surprise of the day is that Japan’s Prime Minister Suga has announced he will not compete in the LDP leadership contest later this month.  This is tantamount to a resignation.  The Nikkei jumped 2% on the news.
•    Most final service and composite PMIs were lower than the flash readings, suggesting many economies have deteriorated over the last week or so.  Italy is a notable exception.

Overview:  The US dollar was sold ahead of today’s employment report, falling to around three-four week lows against most major currencies.  Follow-through dollar selling today has been minimal, and the Antiopdeans continue to lead the move.  Emerging market currencies are mixed, and the JP Morgan EM FX index is stalling after rising for the past five sessions.  Asia Pacific equities rallied, led by the 2% advance in the Nikkei on news that Prime Minister Suga will not stand at the LDP leadership contest later this month, effectively stepping down.  The yen has barely budged.  European shares are trading slightly softer as service PMIs coming in softer.  Still, the Dow Jones Stoxx 600 may eke out its sixth gain in the past seven weeks.  US futures are trading firmer but seem almost meaningless ahead of the US employment report.  The US 10-year yield is steady, slightly below 1.30%.  European benchmark yields are slightly firmer.  Ten-year rates have risen faster in Europe this week than in the US.  Separately oil gushed higher yesterday.   The 2.1% rally lifted October WTI above $70 a barrel for the first time in a month.  Trading is subdued today and the October contract continues to straddle the $70-level.  Gold too remains within the well-worn ranges seen this week, mostly between $1800 and $1820.  China’s iron ore contract eased for the fourth consecutive session and finished the week with a 6.6% cumulative loss.  It is the sixth decline in the past seven weeks.  Copper has edged higher but is still nursing a small loss for the week.   The CRB Index begins today with a 0.4% gain for the week after a nearly 6% advance last week.

Speculation in the press yesterday that Japan Prime Minister Suga was going to dissolve the lower house shortly to arrange an election next month proved for naught.  Instead, Suga announced that he would not contest the leadership challenge later this month.  Since the leader of the LDP becomes the prime minister, given its representation, Suga’s announcement is tantamount to resignation.  As we have argued, finding an alternative to Suga is one thing; devising a substantially different programmatic approach is quite another.  The LDP’s thrust is fiscal and monetary stimulus.

China, Australia, and Japan reported disappointing August service and composite PMIs.  China’s Caixin service PMI fell below the 50 boom/bust level (46.7 vs. 54.9), which drove the composite reading to 47.2 from 53.1.  This confirms what the market already accepted.  The world’s second-largest economy has slowed considerably, and that officials will likely provide more support formally and informally.  Japan remains the only G7 country whose PMI is below the 50-level.  The service PMI was revised to 42.9 from the preliminary reading of 43.5 and 47.4 in July.  The composite got chopped to 45.5.  It was at 48.8 in July.  Expectations for a recovery in the world’s third-largest economy had already been pushed into Q4.  Australia’s final PMI reading confirmed the fourth consecutive monthly decline, and there has been further deterioration since the preliminary report.  The service PMI stands at 42.9 (43.3 flash) and 44.2 in July.  The composite slipped to 43.3 (43.5 flash) from 45.2 previously.

Yesterday, the dollar was confined to a 20-pip range against the yen, and today, the range is only slightly wider.  The session low has been JPY109.80, and the high is slightly above JPY110.05.  A three-week high was set on Wednesday near JPY110.40.  It found support this week a little ahead of last week’s low (~JPY109.40).  In the bigger picture, for the better part of two months, the dollar has been mostly in a JPY109 to JPY111 range.  The $1.3 bln options expiring today at JPY110 have likely been neutralized.  The Australian dollar extended its gains for the fourth consecutive session and eight of the past 10.  It is at its best level since July 16 as it pushes near $0.7440. The $0.7450 area corresponds to the (38.2%) retracement of this year’s decline (from the last February high slightly above $0.8000.   The dollar drifted lower against the Chinese yuan for the sixth consecutive session.  In only one of those days (last Friday) was the next change more than 0.1%.  Still, the dollar has eased to the lower end of the CNY6.45-CNY6.50 range that has mostly confined the dollar since mid-June.  It is the greenback’s longest losing streak since May.  The PBOC set the dollar’s reference rate at CNY6.4577, close to the median projection in Bloomberg’s survey for CNY6.4574.

The eurozone final PMIs disappointed.  German and French services PMIs were revised lower.  This dragged the German composite lower (60.0 vs. 60.6 preliminary and 62.4 in July).  In France, the composite PMI was steady (at the flash reading of 55.9) but down from 56.6 in July.  Italy’s service PMI stands at 58.0, unchanged from July but below the 58.5 forecasts. Due to the strength of the manufacturing PMI, the composite rose to 59.1 from 58.6.  Italy’s resilience is notable.  Spain service PMI softened to 60.1 from 61.9, undershooting forecast, while the composite met expectations at 60.6, down from 61.2 in July.  This turns into a 59.0 service reading on the aggregate level, down from the 59.7 preliminary estimates and 59.8 in July.  The composite stands at 59.0 (59.5 flash) and 60.2 previously.  While the precise numbers are new, the general signal that some momentum was lost in August does not surprise.  Nor does it shed much light on next week’s ECB’s decision.

The UK’s preliminary service and composite PMI were also revised lower, confirming the third consecutive monthly slowing.  The services PMI was revised to 55.0 from 55.5 and 59.6 in July.  It is the lowest reading since February.  The composite stands at 54.8, not 55.3 of the flash estimate, and down from the 59.2 reading in July.  Meanwhile, during last year’s crisis, the Chancellor of the Exchequer was well-liked as he opened the purse strings in the face of the unprecedented pandemic.  However, now as he is at the forefront of efforts to rein in spending, his star has dimmed.  Today’s reports suggest he has the state pensions in view.  Local papers see an announcement as early as next week that will abrogate the 2019 election manifesto by seeking a cap on pension increases and boost the national insurance payments on some 25 million people.  Prime Minister Johnson had promised to preserve the “triple lock” on pensions and foreswore an increase in income, value-added, and national insurance taxes.  The tension between the Prime Minister and the Chancellor is set to increase.

It is all about the US jobs report today.  After two months of more than 900k growth of non-farm payrolls and on the back of most high-frequency data points coming in below expectations, a softer number has been anticipated, even before the ADP miss.  The median forecast in Bloomberg’s survey now stands at 725k.  Recall that July’s 943k increase was flattered by a rise of 240k government workers, primarily related to the re-opening of schools.  The private sector added 703k jobs in July.  Economists in the Bloomberg survey looked for 700k private-sector jobs a week ago, but the new forecasts have driven the median guesstimate to 610k.  The unemployment rate is expected to slip to 5.2% from 5.4%, and the participation rate may tick up to 61.8% from 61.7%.  The key issue is not so much the details, but will it impact the Fed’s signal about tapering in Q4.   And here, barring a significant downside surprise, the answer is negative.  Even if the June-July non-farm payroll pace is not maintained, there is no doubt that the labor market is healing and significant progress has been made, even if it is not complete.  Headline risk, yes, after all, the non-farm payroll report remains one of the hardest high-frequency data points to forecast.

The ISM services index is also due today.  It is expected to have pulled back to 61.7 from 64.1, still elevated.  Meanwhile, Senator Manchin has underscored the sense in the market that while the Democrats can push through more of its agenda over Republican opposition through the reconciliation measures, the main hurdle is within the Democratic Party itself.  Manchin’s speeches and op-ed pieces argue against the $3.5 trillion spending programs that the Biden administration and House of Representatives seek.  Lastly, the debt ceiling issue, which has yet to be resolved, appears to have impacted the four and eight-week bill auctions as participants seek to avoid bills expiring around when the Treasury’s ability to maneuver is exhausted, which is now seen next month.

The US dollar narrowly posted an outside down day against the Canadian dollar, and follow-through selling has seen it test the 200-day moving average (~CAD1.2535).  There is an unusually large option expiry today for $1.6 bln at CAD1.2550.  Another set of options for nearly $1.2 bln are struck at CAD1.2500.  On the top side, resistance is seen initially around CAD1.2570 and then a band that extends from CAD1.2600 to CAD1.2640.  The dollar’s downside momentum against the Mexican peso that carried it from MXN20.20 at the start of the week to MXN19.93 yesterday stalled.  Only a marginal new low was recorded yesterday, and it is consolidating in a narrow range ahead of the US employment report.  The first area of important resistance is seen around MXN20.12, where the 200-day moving average is found, and it corresponds to the (38.2%) retracement objective of the decline since last week’s MXN20.4275 high was posted. 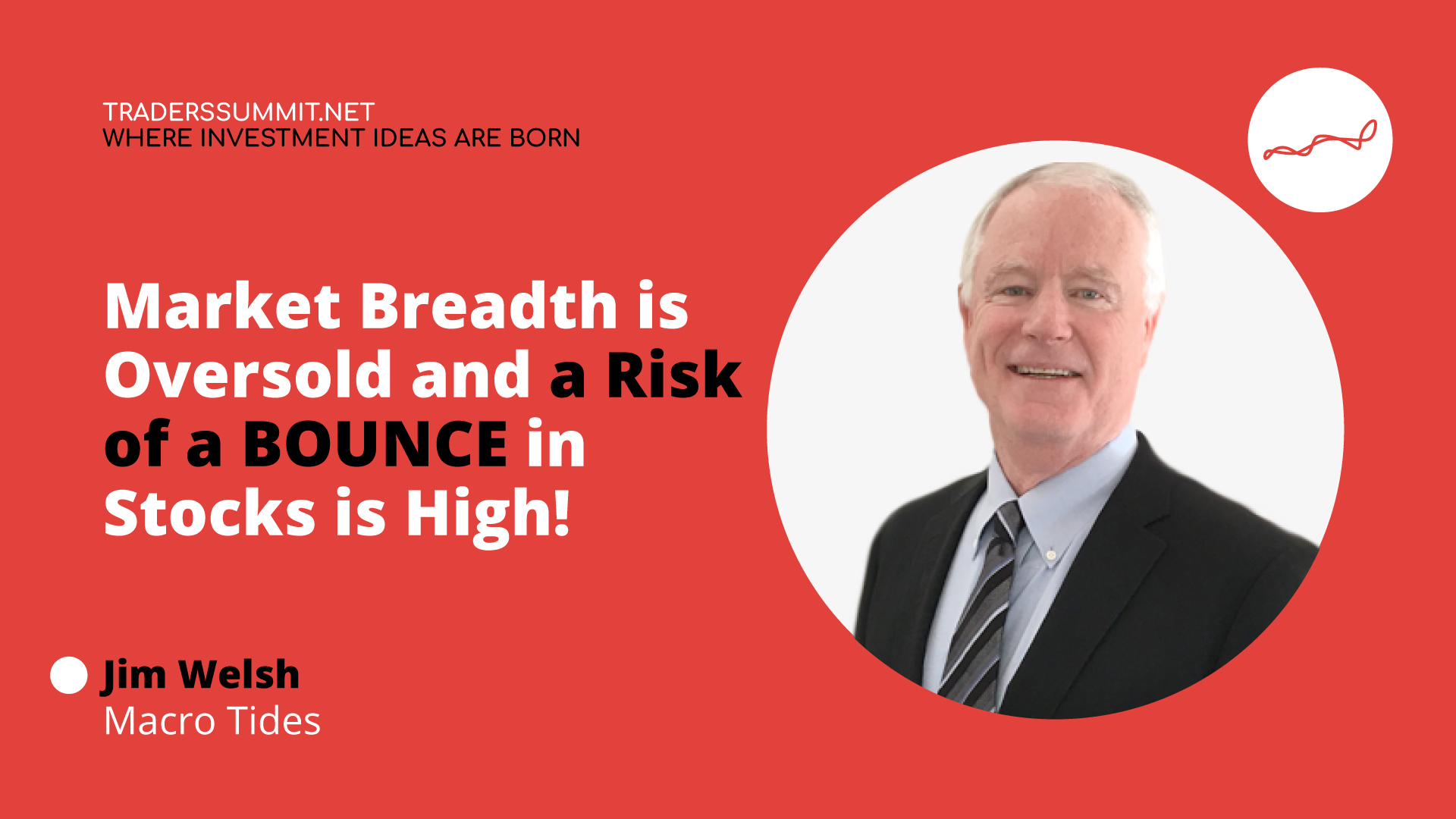 “Market Breadth is Oversold and a Risk of a BOUNCE in Stocks is High!”

Currency and Bond Markets Challenge the Bank of Japan