Fundamentals: Risk-assets found several supportive tailwinds overnight and are roaring higher. Beijing is actively soothing concerns as the Evergrande saga deteriorates and nations, including the U.S., announce a diplomatic boycott of the Winter Olympics. The PBOC cut the RRR for banks by 50 bps yesterday and said today they have more tools to deploy as necessary. Evergrande bondholders still have not received coupon payments after a month-long grace period and the stock plunged 19.6% yesterday. However, the Hang Seng rebounded by 2.7% today on the heels of PBOC’s action, with banks and property companies stabilizing. On the virus front, GlaxoSmithKline said its antibody treatment is effective against the “full combination of mutations” from new Omicron variant. Also, medical experts have found data on the new strain encouraging, paving the way for rolling back restrictions. Yesterday, the U.S. Global Jets ETF gained 5.37% as airline and travel stocks soared. The Treasury complex is exuding a classic sense of risk-on, the yield on the 10-year gained 9 bps yesterday and is trying to add another 2 bps today, rebounding to 1.45%.

The surge across equity markets is absolutely terrific to see and is right in line with our Bullish Bias from both a fundamental and technical standpoint. However, like we learned through Tuesday and Wednesday last week, we are dealing with an extremely fickle market. In the session ahead, President Biden and Russian President Putin are expected to speak via video. Russia has amassed more than 150,000 troops at the Ukrainian border and the Kremlin said earlier today, “tensions with Europe are at an all-time high”. The U.S. is expected to threaten a list of economic sanctions to inflict on Russia if it were to invade Ukraine.

Traders also must gear up for next week’s Federal Reserve meeting. Last week, Fed Chair Powell sent stocks lower by turning clearly hawkish at his Congressional testimony. Maybe he jumped the gun as Omicron takes hold, but if it proves less severe over the next week, it could give the Fed some room to tighten at a faster pace. Today, data for the third quarter showed further deterioration in Nonfarm Productivity QoQ at -5.2% versus -4.9% expected and a surge in Unit Labor Costs by 9.6% versus 8.3% expected. This is the sign of a tight labor market and could stoke the Fed’s hawkishness.

Technicals: The S&P and NQ are up sharply from yesterday’s settlement, leaving behind a large intraday gap. A strong bull move certainly does not need to retrace to cover the 4590 and 15,842 settlements, but it is not uncommon to see some back and fill after the opening bell. A very constructive move would hold out above our first or second key supports, detailed below, for each the S&P and NQ. However, we are a bit more concerned with the overhead resistance and the supply created amid the selling not only on Wednesday’s reversal but going back through the previous Friday. It could take some time to build the market profile in a constructive manner out above major three-star support in the S&P at 4606.50-4611.75 in order to surge through our second wave of major three-star resistance at … Click here to get our (FULL) daily reports emailed to you!

Fundamentals: Crude Oil surged higher overnight, carrying momentum from yesterday’s 5% gain. Beijing’s dovish rhetoric on the heels of yesterday’s RRR cut coupled with strong Trade Balance data has certainly brought powerful tailwinds. Last night, November Export and Import data from China topped expectations, and more specifically, imports of Crude rebounded to 10.17 mbpd from 8.9 mbpd in October. However, it is still below the 11.04 mbpd imported in November 2020. Geopolitics is also working to lift Crude from four-month lows. President Biden and Russian President Putin are expected to speak via video call later today. Russia has amassed more than 150,000 troops at the Ukrainian border and the Kremlin said earlier today, “tensions with Europe are at an all-time high”. The U.S. is expected to threaten a list of economic sanctions to inflict on Russia if it were to invade Ukraine. Also, overnight, Yemen Houthis targeting a drone strike on Saudi oil site and the chance of an Iran Nuclear Deal seems to be deteriorating. All is not upbeat though as Citi lowered its target on Brent to $62 for Q4 2022. Without diving into their call, we imagine they are in the deflation camp or see the Federal Reserve tightening at a much faster pace; either of two ends of the spectrum.

Technicals: We have stayed steadfast in our bullish call for Crude Oil to rebound. Our more Neutral Bias at the top, calling for a correction, gave us the flexibility to withstand much of the recent volatility. Before we claim this a win, we still need to see price action hold firm through the end of the week, especially given recent volatility broadly. After settling at 69.49 and right at our resistance, it ripped through major three-star resistance at 70.60-70.83 overnight in a sign it is ready to begin repairing the recent damage. We must see a close above … Click here to get our (FULL) daily reports emailed to you!

Fundamentals: Gold and Silver are still struggling to work higher and like yesterday, incurred a wave of selling at the intraday open at 7:20 pm CT. Additionally, the hot productivity and labor cost data lifted the U.S. Dollar and weighed on the metals complex. The third quarter showed further deterioration in Nonfarm Productivity QoQ at -5.2% versus -4.9% expected and a surge in Unit Labor Costs by 9.6% versus 8.3% expected. This is the sign of a tight labor market and could stoke the Fed’s hawkishness. On the bright side, price action is paring those losses in another sign of stability at technical support and ahead of President Biden and Russian President Putin’s video call today. In fact, we are extremely surprised Gold has not seen added buying as Russia has amassed more than 150,000 troops at the Ukrainian border and has been talking loudly in recent days, while facing the threat of economic sanctions if they invade. At the end of the day, it is all about the Federal Reserve and Fed Chair Powell’s hawkish comments last week pulled the rug out from under Gold. The complex now looks to next week for action and a failure to see a more hawkish rhetoric from the meeting itself could light a fire under Gold and Silver.

Technicals: Given the meltdown through Thanksgiving and last week’s failed gasp for air, it is difficult to get more Bullish in Bias. We hold a cautious Neutral/Bullish Bias given Gold’s ability to respond to rare major four-star support ahead of a seasonally bullish time of year that begins in about 10 trading days. Price action has clearly struggled at major three star resistance at 1… Click here to get our (FULL) daily reports emailed to you!

Has the Market Carried the Fed’s Water? Is the Dollar Vulnerable to Buy the Rumor and Sell the Fact? 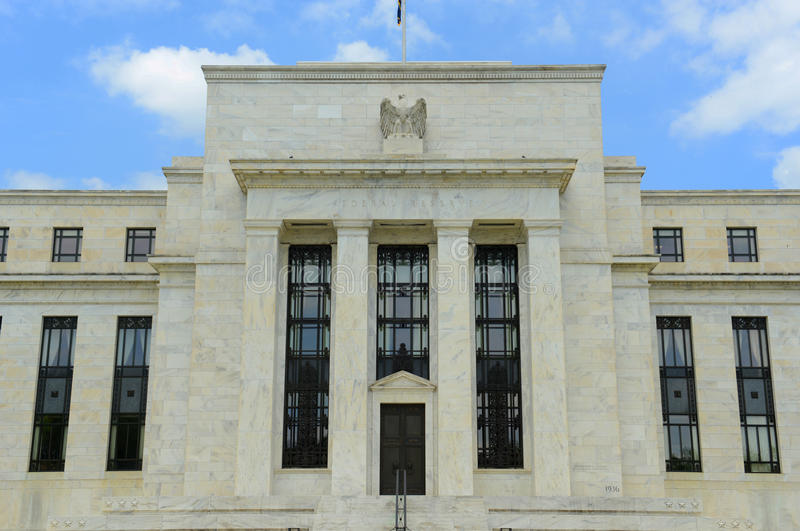 FOMC Meeting Review – the Fed Injects Life Back Into FX, Rates and the Gold Market 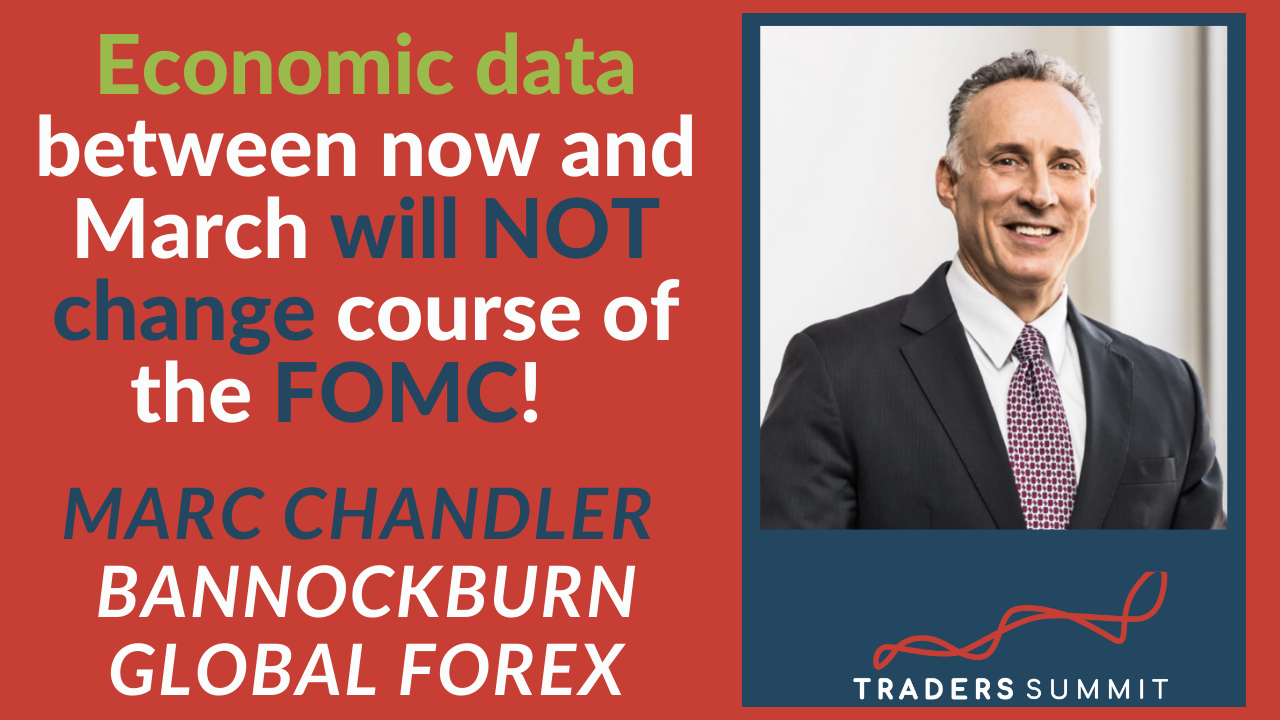