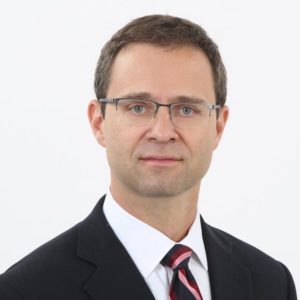 1) Breakdown in S&P, Nasdaq, DJIA should be the “Start” to a correction lower into mid-July. While “Back and Fills” are possible and likely, it’s right to be more defensive in the weeks to come, using rallies as a means to lighten up and consider hedges, Shorts to protect for at least a 5% and potentially 10% correction.

2) Neither DJIA, nor Dow Transports, nor Nasdaq composite have shown much strength in the last couple weeks. This divergence was recognized, yet tough to act much upon it until the start of weakness, like we saw Wednesday

3) Treasury yields look to have BEGUN their push back higher post FOMC back to March/April highs briefly, but generally should stay low in the months ahead. Movement to 1.75-1.80 would be an opportunity to buy Treasuries.

4) Sector movement wasn’t as negative as price action showed, as Staples, Utilities, Materials were the biggest laggards and down much more than Technology, Financials, Healthcare, to the Bulls credit. UNTIL indices can regain the area of the breakdowns, however, its right to be defensive

5) Commodities extended their weakness, and BofAML reports showed Commodities as being the biggest overweight, bringing suspicion of a Crowded trade. For now, Still good to buy dips in commodities

6) Demark indicators confirmed Sells for SPY, SPX, yet remain premature for QQQ and DJIA structure looks “funky” Tough to be perfect, but a defensive stance is recommended and thought that various indices peak at different times.

7) US Dollar sharp rally unexpected, given the Elliott choppiness of this bounce attempt. This is setting up for a Low risk Short

8) Cycles show evidence of peaking out and turning down into late June into July. Expect this happens between FOMC meeting and early next week

S&P- Break to new multi-day lows is a negative. Well, we held out for as long as we could, but the combination of the momentum and breadth concerns coupled with Sentiment and seasonality worries , and now Demark counter-trend sells are confirmed for SPY, but yet didn’t quite get there for QQQ to the extent i was looking for. Cycles suggested a peak beginning as early as 6/10 extending into 6/17 with early July also being important. I feel that the Wednesday breakdown to multi-day lows is the START of this process. Thus, in the short run, this could prove choppy. Minor strength and/or minor weakness, but the slope of the rally should now be giving way to a decline into July. The most important 2 areas to concentrate on, are May 14th HIGHS , and May lows. The first is thought to hold initial weakness and then allow for a back and filling. Getting under May lows in multiple indices though would be a much larger technical concern, making markets vulnerable to a March 2020 type event. At present, this is premature, and buying dips very well could pay dividends for those who are aggressive. SPY Failed to get back over 423.54 and this will continue to be important on bounces. Overall, it’s tough laying out the bearish framework for weeks and then when weakness confirms, failing to jump on board and embrace. This looks to be the first piece of the puzzle. More should come into view in the days to come to confirm this decline is underway. At present, i’ll use bounces to trim longs and hedge, while continuing to add shorts to the Focus List as they come up on the radar. Bottom line- I am expecting weakness down to test May lows into mid-July and should be a 5-10% correction, or greater. For now, not enough proof to make for a larger call, but defensiveness is warranted and recommended. Bounces will be used to adopt more speculative shorts.

DXY spiked sharply post FOMC on Wednesday, but looks to be nearing resistance after a very strong move and could be likely to reverse course just as quickly as it went higher. Peter Boockvar summed things up nicely Wednesday afternoon when he said, (paraphrasing) ” The Fed is not getting ahead of the Curve. They’re struggling to stay Less behind” He argued the Taper had begun, regardless if just words and not action, simply given the discussion. Markets should begin to do the Fed’s work for it. Incredible that FOMC continues to pump 40 billion in MBS monthly when the housing market is red hot. Overall, one important structural development is interesting to comment on here technically. The first is that the structure of this rally in recent days has been anything but bullish from a wave perspective. The overlapping choppy waves signal the completion of this move in all likelihood, not the start of a large Dollar rally. Thus, the move lower in Metals likely should prove to be short-lived and could reverse back higher as the Dollar pulls back. Key will be the decline in DXY back BELOW 90.605 which would be a chance to press EURUSD and GBPUSD Longs. For now, Fibonacci extensions argue that 91.65 could prove to be the maximum that this Dollar bounce gets to for now. Thus, the minor decline in Emerging markets might be something to revisit along with buying dips in Commodities as this “Dollar bounce” looks to be something to fade.

Treasury Selloff looks to be underway along with Equities, which should drive yields back up to test recent highs near 1.74%. This relationship has flip-flopped back and forth over the last year, as the March 2020 Equity selloff saw extreme weakness in yields as Treasuries and Equities moved exactly opposite. From the August 2020 yield lows, the Treasury selloff also coincided largely with Equities rallying. Yet the consensus of late is that yields rising is a negative for Technology and both Treasuries and Equities have shown evidence of stalling out over the last couple months. This rate backup looks to extend in the short run, which i feel helps to drive Value higher vs Growth as Financials outperform while Tech lags. Overall though, rates should not spike up over 1.85% and any selloff in Treasuries will prove to be a buying opportunity for the months to come, as yields settle back lower.

Moderating Labor Market is what the Fed Wants