One of Wall Street’s favorite axioms is that markets discount the future and that markets are forward looking. Last week the stock market provided another lesson in how silly this axiom is, but don’t expect anyone on Wall Street or in the financial media to question its value.

Prior to the March 16 FOMC meeting St. Louis Fed President James Bullard said he favored increasing the funds rate by 0.50% at the March meeting. Within days of Bullard’s comment, numerous FOMC Board members and presidents were unanimous in stating they were not in favor of a 0.50% increase. This is why in the March Macro Tides I wrote, “There is 0% chance of a 0.50% hike.” Compare this reaction to what has transpired since March 16.

At the March 16 FOMC meeting seven officials projected the Fed would need to raise rates above 2% this year. With only six meetings remaining in 2022, at least one of their moves this year would have to be a half-percentage-point increase for the funds rate to be at 2.0% by the end of 2022.

On March 18 Fed Governor Christopher Waller told CNBC’s Steve Liesman “I really favor front- loading our rate hikes. We need to do more withdrawal of accommodation now if we want to have an impact on inflation later this year and next year. The way to front-load it is to pull some rate hikes forward, which would imply 50 basis points at one or multiple meetings in the near future.” On April 5 Lael Brainard made comments that were noteworthy for their hawkishness since she has been a member of the Federal Reserve Board since 2014 is considered to be more dovish than Chair Powell. “It is of paramount importance to get inflation down. Accordingly, the committee will continue tightening monetary policy methodically through a series of interest rate increases.” On April 14, when New York Federal Reserve President John Williams was asked in a Bloomberg Television about a 0.5% rate hike, he said “I think that’s a very reasonable option.” These comments followed what Chair Powell said in a speech on March 21 to the National Association for Business Economics. “If we conclude that it is appropriate to move more aggressively by raising the federal funds rate by more than 25 basis points at a meeting or meetings, we will do so.”

Since March 16 there has been a drumbeat of governors and presidents repeating the same message: inflation is too high and it is ‘paramount’ we do something about it. The unaminity of these comments show that the FOMC was using its forward guidance to prepare the markets for a 0.5% increase on May 4.

During the last 4 weeks the stock market ignored the messaging from the FOMC. When the Core CPI for March came in at 4.5% rather than the 4.6% expected on April 12, Wall Street was quick to proclaim that inflation had peaked. As noted in the April 21 Special Update, “The thought is that the problem of inflation will be solved once inflation peaks. This is simplistic since a peak in inflation at 8.5% is way different than a peak at 3.5% relative to the FOMC’s Core PCE inflation target of 2.0%.” Wall Street loves a good Narrative so the idea that inflation is peaking is a great idea and much better than listening to FOMC members telegraphing that a 0.5% increase was coming at the May meeting.

This is example of the additional challenge in analyzing the stock market these days. One has to not only understand what the Fed will do, but more importantly when Wall Street will hear the FOMC’s message. Too many people on Wall Street don’t invest the time to understand how the FOMC operates. Monetary policy has been extraordinarily accommodative since 2000 because inflation was so tame. Anyone who has been in the investment business for less than 20 years has never seen the FOMC fight inflation.

Check out MacroTides.com to learn more. If you would like a complimentary issue send an email to JimWelshMacro@gmail.com 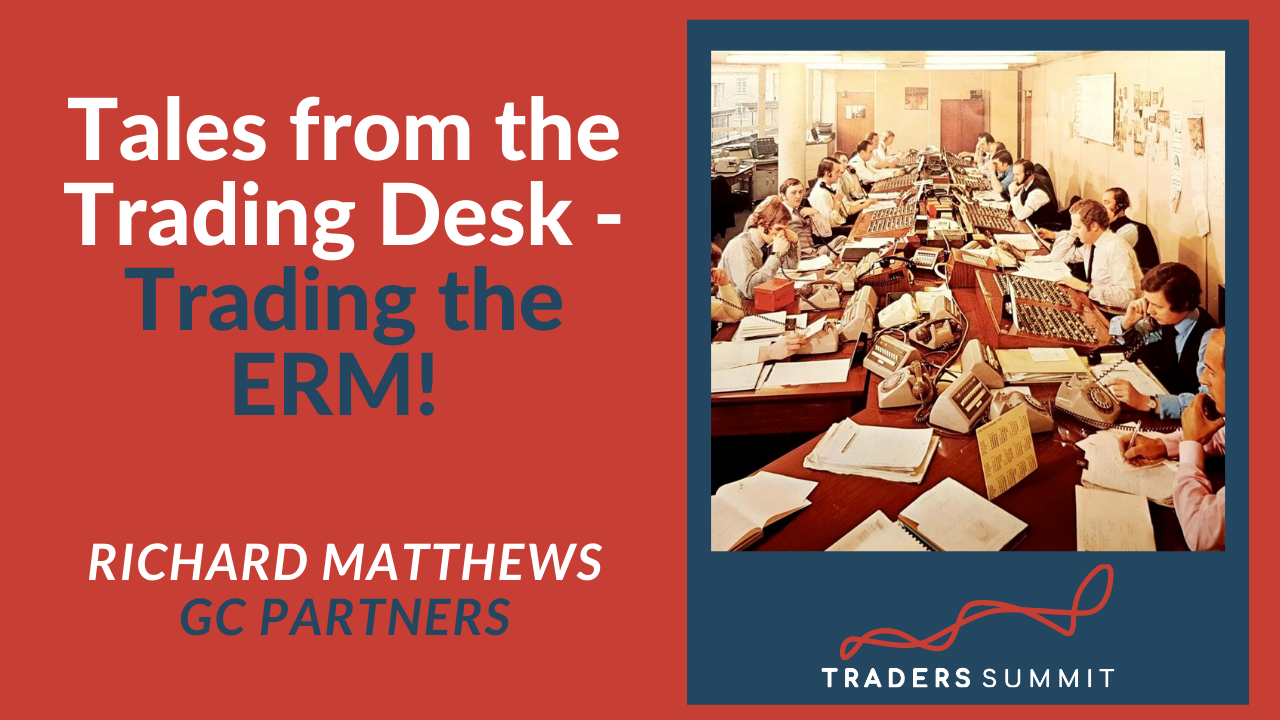 Richard Matthews & Johnny Ramkin Trading Interview – “What was it like Trading Black Wednesday in 1992?”