•    The US dollar’s surge that lifted it to new highs for the year yesterday against the euro, yen, and sterling, has eased today and a US Dollar value consolidative tone is evident.  Its pullback so far today has been shallow, suggesting it may not be over.
•    China’s September PMI was mixed.  Manufacturing disappointed, but the non-manufacturing sector surprised to the upside.
•    Beijing reportedly pressed silicon producers to slash output over the next couple of months and is encouraging banks to help local government stabilize the housing market.
•    Japan reported poor August industrial output figures and retail sales figures, but the economy is poised to recover in Q4 as the emergency is lifted, the inoculation effort in recent weeks has been impressive, and fiscal stimulus is anticipated.
•    The US Congress needs to approve a stopgap spending bill or the government could shut as early as tomorrow.
•    Mexico and Colombia are expected to hike key rates today by 25 bp.

Interest rates, ostensibly the fuel behind the dollar’s surge, pulled back a little in the US yesterday.  However, the greenback’s rally continued, lifting it to new highs for the year against sterling, the euro, and yen.  Some of the buying may have been related to quarter-end, and it has come back a bit softer against most of the major currencies. The Norwegian krone is struggling and the euro has eased in the European morning.  The Australian and Canadian dollars are leading the move higher, while the liquid, freely accessible emerging market currencies also enjoy a firmer bias. The  JP Morgan Emerging Market Currency Index is posting a gain for the first time in five sessions.   Benchmark 10-year yields rose in the Asia Pacific region but are narrowly mixed in Europe, with the periphery doing a little better than the core.  The UK Gilt remains under pressure, and the yield is poking above 1% for the first time in three months.  The US 10-year is little changed around 1.52%.  Equities are firm.  Japan, India, and Hong Kong were notable exceptions, while Europe’s Dow Jones Stoxx 600 is rising for the second consecutive session, led by technology and real estate.  Utilities and financials are lagging.  US futures are trading around 0.4%-0.6% better, and the gaps created by Tuesday’s sharply lower opening cast a pall over the price action. Gold has steadied after trading at its lowest level yesterday since mid-August (~$1722) but has stalled near $1735.  Oil is firm but within yesterday’s ranges, with November WTI straddling the $75 area.  Position adjustment ahead of the week-long holiday in China may have helped iron ore rise 6% in the mainland today.  However, it is the fifth rise in the past six sessions.  On the other hand, copper is falling for a third consecutive session, and the December contract is trading near its 200-day moving average (~$416).

Before starting the Golden Week holidays, China reported its September PMI.  It offered a mixed picture.  The manufacturing PMI slipped to 49.6 from 50.1.  It is the first sub-50 reading since February 2020.  However, the non-manufacturing PMI was better than expected, pushing back above 50 to 53.2 from 47.5 in August.  This translated into a rise in the composite to 51.7 from 48.9. It is the first gain in four months.  The Caixin manufacturing PMI, which covers more small companies and exporters, rose to 50.0, having dipped to 49.2 in August.  It is also the first increase since May.

Beijing has ordered silicon producers in the Yunnan province to cut silicon output by 90% until December to reduce energy consumption.  This will likely boost the cost of solar panels.  Meanwhile, some steelmakers in Jiangsu and Zhejiang province will increase output in October, according to reports, after production cuts to meet energy curbs.   Beijing officials are also encouraging banks to support local government efforts to stabilize the housing market and ease mortgages for some home buyers.

Japan’s data were dismal.  August industrial output was expected to have fallen for a second consecutive month, but the 3.2% drop was considerably worse than the 0.5% decline that the median projection in Bloomberg’s survey anticipated.  Autos and electronics seemed to have been especially weak.  Compounding the disappointment, retail sales fell 4.1% in August, more than twice the anticipated decline. The good news is that the formal emergency is ending as Japan’s vaccination rate continues to improve. As a result, August-September could mark the low point, and a stronger recovery is anticipated starting in Q4.  Lastly, the MOF weekly portfolio flow report showed foreign investors sold JPY2.4 trillion of Japanese bonds last week, the most this year, perhaps anticipating the weakness in the yen.

The dollar is in a narrow range against the yen.  It has not made much headway above JPY112.00, but it has also not fallen below JPY111.80.  The greenback has risen for the past six sessions and is consolidating today.  The upper Bollinger Band is a little below JPY111.80, and the US Dollar value has closed above it for the four sessions.  The Australian dollar found support near $0.7170 yesterday and managed to rise back above $0.7200 today.  There is a $0.7200 option that expires tomorrow for around A$1.3 bln.  It looks poised to challenge initial resistance in the $0.7220-$0.7240 area.  The Chinese yuan ticked higher ahead of the holiday for the first time in three sessions.  The reference rate for the US Dollar value was set at CNY6.4854, a bit firmer than the CNY6.4847 expected.  The PBOC continued to inject liquidity into the banking system (tenth consecutive day).  The market will closely watch PBOC actions after the holiday to see if the liquidity provisions were seasonal or aimed at more systemic concerns.  We suspect the former and anticipate less generous liquidity provisions.

The UK revised Q2 GDP to 5.5% from 4.8% after a Q1 contraction of 1.4%. Private consumption was revised slightly lower but more than compensated by the upward revision in government spending (8.1% vs. 6.1%) and fixed capital investment (0.8% vs. -0.5%). Total business investment rose by 4.5%, nearly twice the initial estimate.  Net exports were also revised higher.  However, Q2 details seem less important to investors than developments in Q3. The market will be reminded tomorrow that the manufacturing PMI fell for the fourth consecutive month in September. In addition, the energy crisis is causing economic dislocations and will likely squeeze household consumption.

Tomorrow, the eurozone will report September inflation figures.  Ahead of the report, we track the results from the large members.  Spain reported yesterday a rise to 4% from 3.3%.  German states have reported, and the national figure is due shortly. The harmonized measure may rise by 0.2% for a 4.0% year-over-year pace.  It was 3.4% in August.  Italy reported a rise to 3.0%, in line with expectations, after a 2.5% pace previously.  France reported a 0.2% decline in September, a little more than expected, and it still lifted the year-over-year rate to 2.7% from 2.4%.  The aggregate report tomorrow is expected to show headline CPI rising to 3.3% from 3.0%, while the core rate is forecast to rise to 1.9% from 1.6%.

The euro was sold below $1.16 yesterday for the first time since July 2020.  Its stabilization today looks fragile.  It has not been above $1.1610.  The next target we suggested is the (50%) retracement of the rally from the panic low last March (~$1.0635) to the January 6 high near $1.2350, which is found slightly below $1.15. Like the euro, sterling is holding above yesterday’s low (~$1.3410), but the upside has so far been limited to the $1.3460 area.  It may take a move above $1.35 to be encouraging.  Meanwhile, the implied yield of the December short-sterling futures contract has ticked high (now 22 bp).  It is the sixth session without a pullback. However, we continue to think that a rate hike this year is not very likely, given the current economic challenges over labor shortages (truck drivers and chicken workers), higher energy prices, which serve as a drag on consumption, and tightening of fiscal policy to be announced next month.  Meanwhile, the euro is trading heavier against sterling today after briefly poking above the 200-day moving average yesterday for the first time since January. Former resistance around GBP0.8600 now offers support.

Two US fiscal issues are pressing.  The most immediate is the spending cap; without action, the government may shut down as early as tomorrow.  The Senate will take up a bill passed by the House for a stopgap measure that authorizes new spending until December 3, when the fight would begin anew.  The debt ceiling is the second issue, and failure to lift it could see the US miss an interest rate payment.  The Democrats tried to link the two together with the bipartisan infrastructure bill.  Contrary to what President Biden and House Speaker Pelosi appeared committed to, linking the bipartisan infrastructure bill to the larger “human infrastructure” initiative, the bills have been separated.  What seemed to have been an effort to deliver the Republicans a fait accompli has been shifted to the progressive wing of the Democratic Party.  It must support the bipartisan bill without assurances that the larger bill will not be compromised away or risk sinking the agenda of the Democratic president, whose support has waned.  Republicans are favored to capture the House next year (~70% chance on PredictIt.Org).

The US reports weekly jobless claims.  Economists expect a decline after back-to-back increases for the first time since March-April.  Revisions to Q2 GDP are too historical to be important for investors as Q3 ends today.  Canada has no economic data on tap today.  However, Latam is active.  Rising price pressures and the peso’s weakness are likely to see Mexico’s central bank deliver a third rate hike today to bring the overnight target to 4.75%.  Earlier, it looked as if Banxico would prefer to pause in the tightening cycle, but the data and market have not cooperated.  Colombia has not hiked rates for five years and will likely deliver a 25 bp move today to 2.0%. With CPI running around 4.4%, the central bank may couch the hike in terms of removing some accommodation rather than tightening monetary policy.  Lastly, Brazil’s central bank publishes its quarterly current rate inflation report.  Another hike of at least 100 bp is expected when it meets at the end of October.

The dollar’s outside up day on Tuesday saw follow-through gains against the Canadian dollar yesterday that took it to CAD1.2775.  The greenback’s gains are being pared today; it seems more like consolidation so far than a reversal.  For that, a move through the CAD1.2670 area is needed.  There is an option for $1.3 bln struck at CAD1.2755 that expires today. The US Dollar value spiked to a three-month high yesterday against the Mexican peso of almost MXN20.65.  The calmer tone and consolidative price action have the greenback hovering around MXN20.50 in the European morning.  A band of support is seen between MXN20.28-MXN20.40. 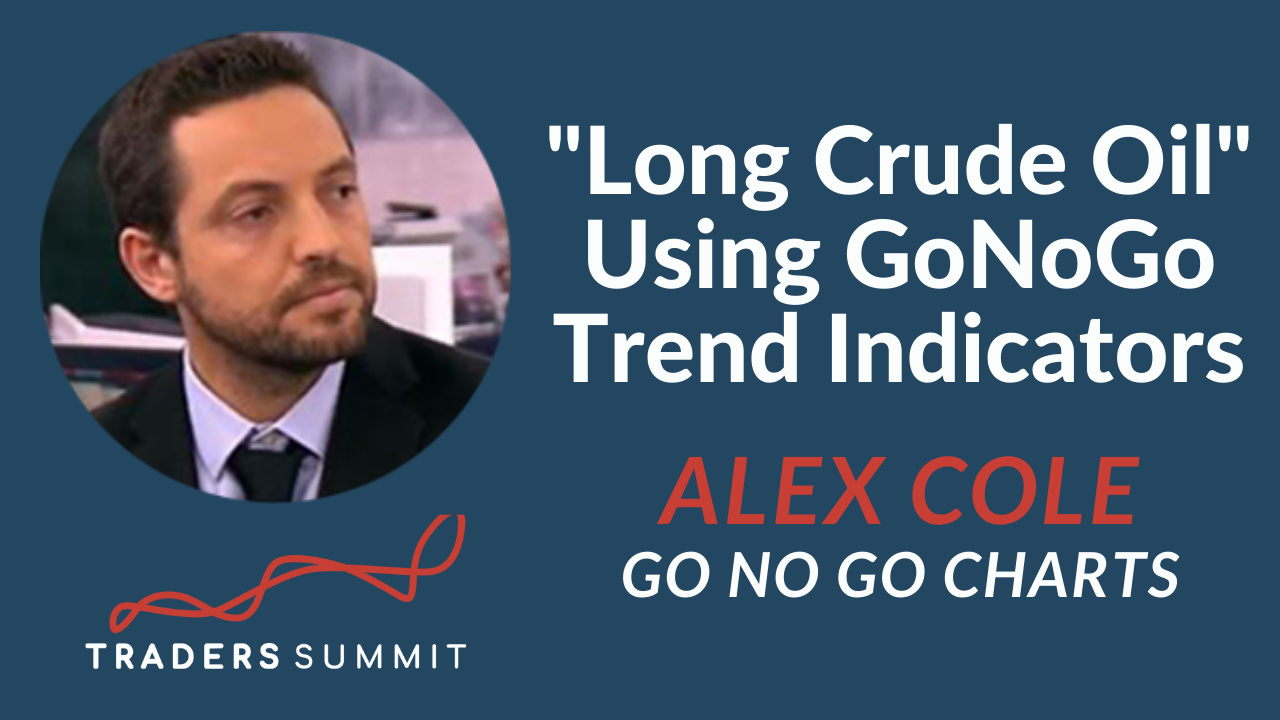