Asia Pacific equities were mixed. Gains were recorded in China, Hong Kong, Australia, and India, among the large markets, while Japan was mostly flat and South Korea and Taiwan shares fell. Europe’s Stoxx 600 is off about 0.7%, the same as yesterday. US futures are slightly firmer. The rally in bonds continues. After falling nearly a dozen basis points yesterday, the US 10-year yield is off another 5 bp today around 3.10% it is near two-and-a-half week lows. European yields are down 14-19 bp. The 10-year Italian yield that had poked above 4% earlier this month is now near 3.40%. It is the sixth session in the past seven that yields have fallen. The dollar is trading with a firmer bias except against the yen, where the threat of verbal intervention and falling US rates helps the yen recovery. Despite Norway’s larger than expected 50 bp move, the krone and the Swedish krona are the weakest of the G10 currencies. Emerging market currencies are mostly lower, led by central Europe. Gold is consolidating in a narrow range around $1835. August WTI fell over 3% yesterday and today it is pinned in the lower end of yesterday’s range but looks poised to recover more in North America. US natgas is off 2%, but the shock in Europe continues. Its benchmark is up for the ninth consecutive session and today’s 7.5% surge is the most since the middle of last week. The Singapore iron ore futures we track, jumped nearly 8% today, the most in three months. However, copper is not getting such a reprieve. It is off 2% after a similar decline yesterday. September wheat is also down about 2% today and is at its lowest level since March.

Japan’s composite PMI rose for the fourth consecutive month, and at 53.2 it stands just below the cyclical high set last November. It contrasts with most others who have reported a decline in the June flash PMI composite. However, that is arguably not the most important development today as Japan’s recovery has already been in tow. Instead, there are two other developments to note. First, last week, when the BOJ bought around $80 of bonds, foreign investors sold a record amount (~$35.5 bln) and liquidated almost JPY945 bln Japanese equities. Second, into the fray waded former Ministry of Finance head of fx, Nikao, who raised the specter of unilateral intervention. This threat marks another step-up the intervention escalation ladder. Just because he says it is so, does not make is so, and we hasten to point out that the sometimes failed intervention is worse than no intervention. In an intervention operation, Japan would be isolated, and the action would not signal a change in monetary policy.

Australia’s preliminary manufacturing PMI ticked up to 55.8 from 55.7 but was not sufficient to offset the erosion of the service PMI to 52.6 from 53.2. The composite slipped to 52.6 from 52.9. It was the first back-to-back decline since July and August (which was part of a four-month fall). It is the lowest since January. The market is gradually moving away pricing in a 50 bp hike on July 5. The futures market has a 39 bp increase discounted, down from 56 bp in the middle of last week. Central bank Governor Lowe pushed against a 75 bp hike. It is near a two-week low today.

A combination of lower US yields and the threat of unilateral intervention has knocked the greenback down against the yen for a second session. It set a high yesterday near JPY136.70 and has been sold to around JPY135.25 today. A break of JPY135 would likely spur a test on the week’s low set Monday near JPY134.55. The Australian dollar is also pushing lower for the second consecutive session. It is near a six-day low by $0.6865. Last week’s low was closer to $0.6850, and last month’s low was near $0.6830. The Aussie appears to be trying to stabilize in the European morning. The Chinese yuan is trading in a narrow range today, roughly CNY6.70 to CNY6.7150, and remains within yesterday’s range. The PBOC set the dollar’s reference rate at CNY6.7079, a little lower than the median projection of CNY6.7084 from the Bloomberg survey. Separately, note that the Philippine central bank hiked by 25 bp as expected (to 2.50%), while Indonesia stood pat at 3.50%.

The UK flash PMI was mixed. The manufacturing PMI fell to 53.4 from 54.6. However, the services PMI was steady at 53.4. The market had looked for a small decline. The result was that the composite was also unchanged at 53.1. Meanwhile, two byelections are being held today and polls warn that the Tories could lose both. If so, the results will further tarnish the Prime Minister, whose ability to lead the Tories into victory in the next election will be questioned.

Norway surprised many with a 50 bp hike today. The majority of those surveyed by Reuters and Bloomberg anticipated a quarter-point move, which the central bank had previously indicated. The deposit rate stands at 1.25% now and Norges Bank said a 25 bp hike in August was likely. It now sees the key rate at 3% in the middle of next year, up from 2.50% it had previously projected for the end of 2023. It cut its GDP forecast and raised its inflation forecast. The focus turns to Sweden’s Riksbank that meets next week. It has only hiked rates once and at 0.25% it seems out of line with the 7.3% headline inflation and the 5.4% pace of the underlying rate excluding energy.

Some argue that in his testimony before Congress, Powell represents the Federal Reserve not just his opinion. Fair enough, but surely at the press conference after the FOMC meeting he is explaining what the FOMC decided and talks about its median projection. Maybe it is too fine of a distinction, but in any event, Powell’s remarks in answer to the Senator’s questions seemed somewhat more dovish and more cognizant that the effects of the tighter financial conditions are beginning to have the desired impact. The Fed Chair seemed to play down supply chain bottleneck and sharpened his focus on demand, which lends support to some political arguments that the American Rescue Act. At the press conference following the FOMC meeting, Powell seemed to acknowledge that among large countries, the US inflation was in the middle of the pack, and that fiscal stimulus could not explain the relatively modest inflation differentials.

Yet, what may be more relevant for the foreign exchange market was Powell’s answer to a question from Senator Warren. Powell explained that the Fed’s goal of weakening demand is being pursued over three channels. The first is reducing the demand for interest-rate sensitive spending. Housing, autos, and other durable goods come to mind. The Fed wants to see a weaker sale. The second weakening asset prices to curb the wealth effect and reduce the wherewithal to spend. This means weaker stocks (so much for the Fed put), higher interest rates, and lower house prices. It was the third channel that is arguable most notable, a strengthening dollar. He recognized that the changes in the exchange rate influenced import and export prices. By suggesting that the strong dollar was part of the fight against inflation Powell seemed to reduce the likelihood, which was not particularly high in the first place of intervention to check the dollar’s rise. To say it somewhat differently, US participation or support of intervention to weaken the dollar is unlikely as long as the Fed is tightening financial conditions. It also means that the strong dollar policy is alive and well.

That makes a good segue into today’s release of the US Q1 current account balance. It is going to a blowout deficit. The median forecast in Bloomberg’s survey is for a whopping $275 bln deficit. Last year it averaged $205.4 bln a quarter. In 2018, the current account deficit averaged slightly less than $110 bln a quarter and in 2019, the average was about $118 bln. As we have noted before, according to the OECD’s purchasing power parity model, the euro, yen, and sterling are most under-valued in at least 30 years. Few talk about the current account deficit that is approaching 4% of GDP. When the dollar is strong, the narrative is about interest rate and/or growth differentials. When the dollar falls the twin deficits are often part of the narrative. We imagine the dollar’s bottom will be a process that takes some time to form and that the markets will anticipate the peak in inflation and rate. Interest rate differentials often turn before the dollar. If the key to the Fed’s decision to hike by 75 bp instead of 50 bp was based on the CPI and preliminary University of Michigan’s June consumer inflation expectations, then the significance of other high frequency data points is somewhat less important. That includes today’s preliminary PMI, where the composite is expected to have fallen for the third consecutive month. The decline will likely put it at its lowest level since January, which itself was the lowest since July 2020.

Canada’s strong jobs report earlier this month and strong retail sales and firmer than expected inflation have not helped the Canadian dollar very much. Its sensitivity to the general risk environment has weighed on it, and although rising oil price did not seem to help it either, some are attributing the heaviness now to the drop in crude prices. The swaps market has a 75 bp hike early next month nearly fully discounted. The US dollar is chopping between CAD1.29 and CAD1.30. It had reached almost CAD1.3080 last week. While some observers point to a double top in place, the problem is that it will not be confirmed until CAD1.25 goes. Meanwhile, it is a big day for Mexico. The biweekly CPI through mid-June followed by April retail sales will be released today. But the big event is Banxico meeting, and regardless of today’s data, a 75 bp hike is expected. The central bank may also signal its intent for a similar move when it meets next on August 11. The US dollar fell to a seven-day low near MXN20.00 yesterday. It has recovered to almost MXN20.1425 today. Yesterday’s high was near MXN20.25. A break of MXN20.00 could spur losses toward MXN19.90.

StockCharts TV: “Is There Enough Momentum to Change the Trend?” 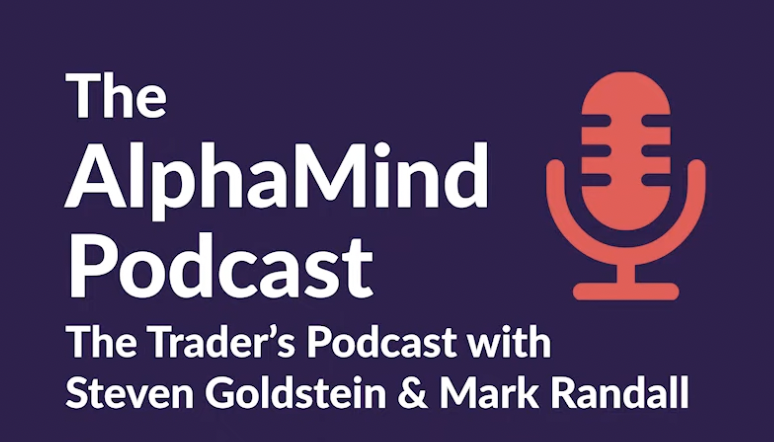 U.S. Cannabis: Running Down a Dream

The Metals Set to Gain in a Green World