Macro Tides – “Is the Stock Market Correction Over?”

The stock market was rocked on Friday November 26 when it was reported that a new COVID variant had emerged in South Africa which had already spread to a number of other countries. Global equity markets dropped sharply as investors feared there might be another shutdown. These fears were raised after Austria announced it on November 22 that it was shutting its economy down and Germany on November 23 stating it wouldn’t in response to reports it was being considered. The US and other countries responded quickly by closing borders.

It was reported that the new variant “Omicron’ has 32 mutations in the spike protein and 50 overall. Scientists have highlighted that there are 10 mutations regarding the receptor binding domain, which is the portion of the virus that makes initial contact with cells. This is why the Omicron variant could be far more infectious than the Delta variant which only had 2 mutations. What won’t be known for a number of weeks is whether Omicron is able to defeat current vaccines and whether it causes more severe infections that require hospitalizations or fatalities. Early reports out of South Africa by doctors who are treating patients is that Omicron appears to a milder variant than Delta.

Angelique Coetzee, chair of the South African Medical Association, called the symptoms associated with the new variant as “different and so mild” compared with others she’s treated in recent months. “What we are seeing clinically in South Africa and remember, I’m at the epicenter, that’s where I’m practicing, is extremely mild,” she said in an interview on Sunday November 28 on the BBC’s “Andrew Marr Show.” She said that “We haven’t admitted anyone to the hospital with the new variant. I spoke to other colleagues of mine, the same picture.”

The FOMC meets on December 15 and will have more information on the nature of the Omicron variant. If the data shows that Omicron is more infectious, results in the same or more severe infections and hospitalizations, and that the current vaccines offer less protection, the FOMC will postpone any increase in their taper until the January meeting. If there isn’t yet enough data to offer clarity on the impact of Omicron, the FOMC will postpone the decision until January. Remember the decision at the November 3 meeting was to taper purchases by $15 billion in December and January and make another decision at the January meeting. Before the Omicron variant appeared on November 26, the FOMC was almost certain to increase the amount of the taper at the December 15 meeting. The only real question was by how much.

Chair Powell acknowledged on November 29 that Omicron represents a downside risk to the economy and creates uncertainty about inflation. The decision on what to do with the taper will be a game time decision on December 15. If the data shows that Omicron is indeed a milder form of Delta, the FOMC will increase the amount of the taper.

The Volatility Index (VIX) has jumped above 27.0 on 3 prior occasions in 2021 (Feb-March, May, September-October). In each case the S&P 500 rallied and then declined again with the VIX posting a lower high as noted by the second arrow in each sequence. This pattern suggests the S&P 500 is likely to experience another decline with the VIX hitting a lower high in the next two weeks.

At the opening of trading on November 29 the Russell 2000 was up +1.55%, but by the end of the day closed down -0.18%. This is not good trading action and suggests there is more selling to come. Since its high on November 8 the Relative Strength of the Russell 2000 to the S&P 500 has weakened considerably.

In the November 15 and November 22 WTR’s the expectation was that the 10-year Treasury yield would climb above the prior high of 1.691% but not move above the March high of 1.765%. The 30-year Treasury yield was expected to hold below its prior high of 2.177% while the 10-year hit a higher high. This would set up another inter market divergence and signal that yields were likely to fall. More info on this – https://www.youtube.com/watch?v=xipAohVnw40

Treasury yields are unlikely to go up much in the near term as long as the 10-year doesn’t close above 1.57% and the 30-year remains under 1.95%. There is a good opportunity to short Treasury bonds coming. We’re just not there yet.

The Dollar was expected to establish an important low in late May and early June and has rallied 7% in the last 5 months. The Dollar is expected to rally to 100.00 in 2022. In the short term the Dollar has been stronger than expected but is still likely to pull back to 94.50 -94.75 which was the most recent breakout level. (See horizontal lines on chart)

Gold sold off sharply after President Biden renominated Jay Powell as the Chair of the FOMC. The logic was a bit shady as Brainard was considered to be more dovish than Powell so Powell’s renomination meant monetary policy would be more hawkish under Powell. Huh? Powell has been the Chair as the FOMC abandoned the Phillips Curve, after using it to guide policy for 40 years, so policy would remain extremely accommodative even when the Unemployment Rate fell to 3.5% in 2019. Powell announced in August 2020 that the FOMC had adopted Average Inflation Targeting (AIT) which would allow the Core Personal Consumption Expenditures Index (PCE) to hold above 2.0% for a period of time, without a response by the FOMC. Suggesting that Chair Powell would be a hawk is a big stretch, which is why the selloff in Gold was a head scratcher.

Tactical U.S. Sector Rotation Model Portfolio
Relative Strength Ranking
The MTI generated a Bear Market Rally (BMR) buy signal when it crossed above the red moving average on April 16, 2020 when the S&P 500 closed at 2800. A new bull market was confirmed on June 4, 2020 when the WTI rose above the green horizontal line. With the MTI still holding above the green horizontal line, the risk of a bear market is low. 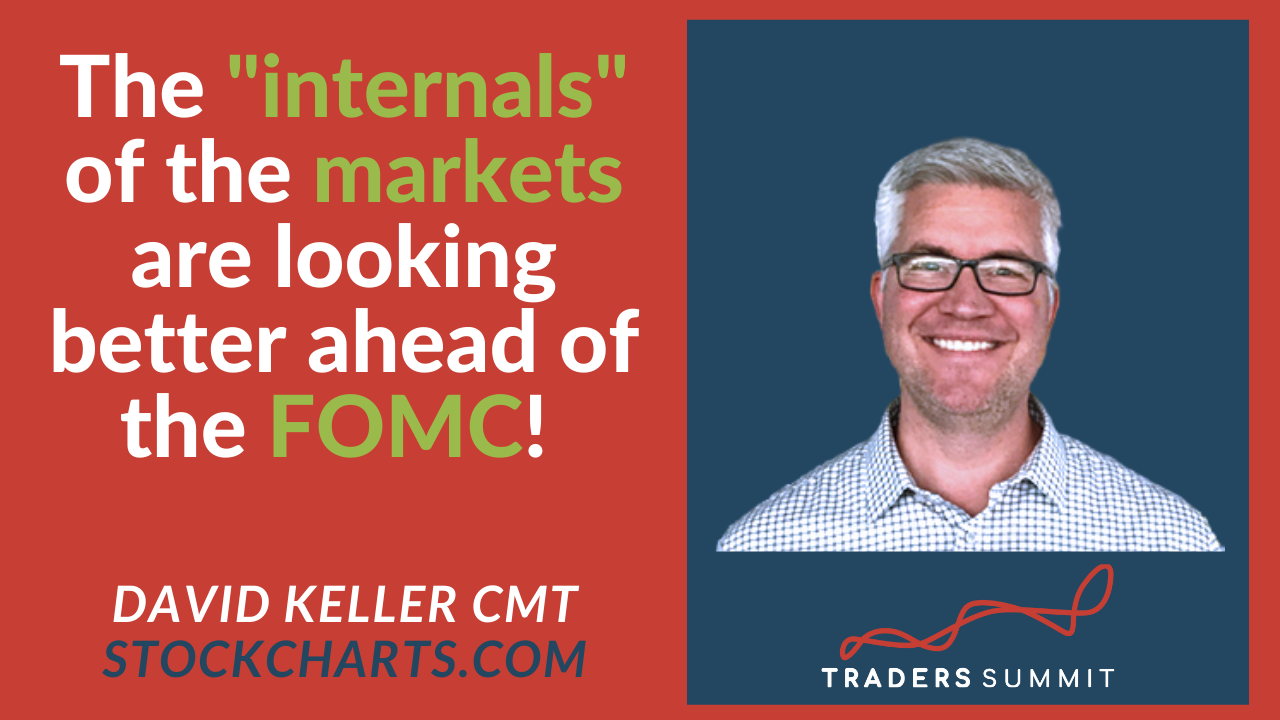 Now MORE than EVER it is important to FOCUS on the Technical Analysis Stock Market Charts!

Bank of England Takes the Foot off the Pedal

Will the RBNZ Edge Out Norges Bank to be the First High-Income Country to Hike Rates Next Week? 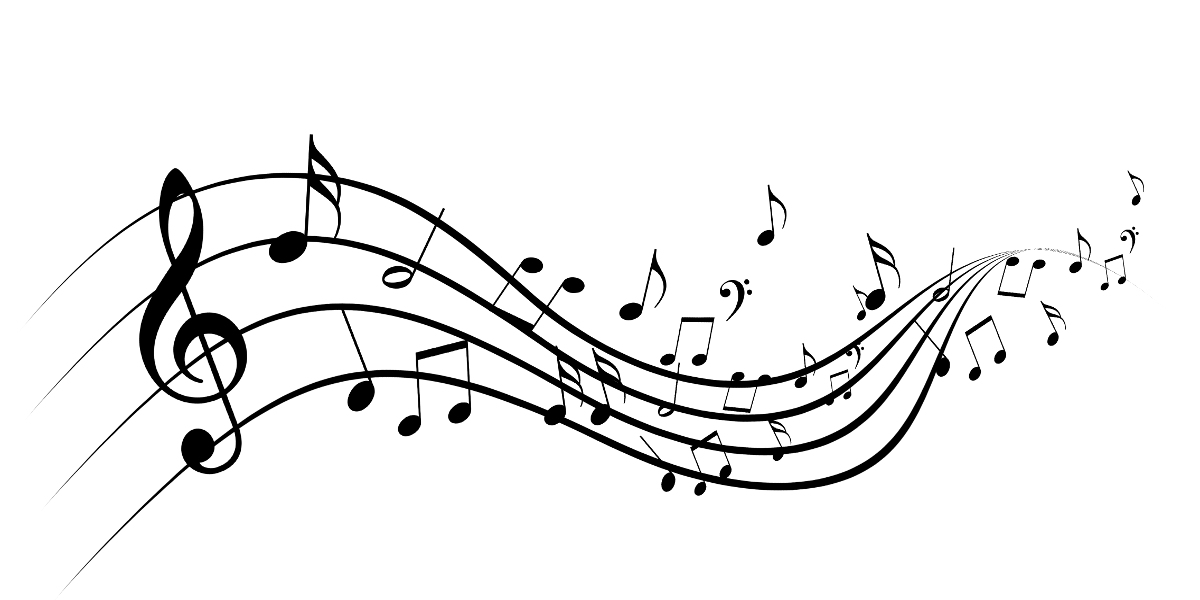