Federal Reserve Chairman Powell’s long-anticipated speech at Jackson Hole provided fireworks but not quite what the market had expected.  Confirmation of tapering was supposed to lift US rates and the dollar. Instead, the opposite took place, and there was a logic to it, which we drew your attention to by raising the possibility of a “dovish tapering.”  Powell confirmed that the July minutes “revelation” that tapering could begin this year and drew a stark distinction between tapering and raising rates.

Interest rates at both ends of the curve softened, and the dollar fell.  The implied yield on the December 2022 Fed Funds futures fell by 2.5 bp ahead of the weekend, the most in a month.  At 25 bp, it still indicates that a quarter-point hike remains fully discounted.  The 10-year yield also fell by four basis points, the most in a couple of weeks. The Dollar Index recorded a large outside down day, trading on both sides of the previous sessions’ range and settling below its low. Emerging market currencies recouped some recent losses, and NASDAQ and the S&P 500 raced to record highs.

With a marginal relaxation of fears of an aggressive Federal Reserve, the risk-on sentiment can carry into next week’s activity on position adjustments separate and together with the month-end portfolio rebalancing. However, many participants may not be fully convinced and look to buy the dollar dip ahead of the jobs report on September 3.

Dollar Index:  News that the US Food and Drug Administration gave full approval to the Pfizer vaccine spurred a pullback in the Dollar Index at the start of last week after setting highs for the year on August 20, slightly shy of 93.75.  It was confined to a lower and narrow trade range, hovering around 93.00 until the pre-weekend sell-off that took it to almost 92.60.   Support next week, ahead of the jobs data on September 3, is seen initially in the 92.25-92.50 area.  Below there is the early August low, a little below 91.80.  The momentum indicators are mixed with the MACD moving sideways, while the Slow Stochastic is trending lower.  Many think that the prospects of Fed tapering should lift US rates and the dollar, but when looked at closely, the linkages are loose at best.  The market has fully discounted a rate hike before the end of 2022, and the large short dollar position in the futures market seen at the start of the year has been largely unwound.  This is to caution that the market has much good news priced into the dollar already.

Euro:  The euro advanced in five of the last six sessions beginning with the recovery from the low for the year recorded on August 20 near $1.1665.  The outside up day in the middle of the week saw limited follow-through buying,  but another outside up day was recorded ahead of the weekend in response to Powell.  The euro pushed above $1.18 for the first time in nearly two weeks.  The momentum indicators are moving higher. Although enthusiasm for the euro may not have returned, it did manage to close above the 20-day moving average (~$1.1765), which it had not done since August 5.  Here in Q3, it has been largely confined to a two-cent range ($1.17-$1.19).  This has made for choppy trading and a sawtooth pattern alternating between weekly gains and losses for the past six weeks.  Immediate follow-through buying could lift the euro toward $1.1850 before players may turn cautious ahead of the US jobs data.

Japanese Yen:  The dollar traded at two-week highs against the yen ahead of the weekend, pushing close to JPY110.40 before reversing lower on the back of the drop in US rates.  It settled below the previous session’s low (~JPY109.95) and begins the new week with a three-day advance in tow.  The MACD appears to be trying to turn higher from over-extended territory.  The Slow Stochastic has practically flatlined in the near 50.  The extended state of emergency covering roughly 70% of the population will delay the economic recovery and push it from Q3 to Q4. Still, the yen’s fortunes seem to be more driven by US Treasury yields than domestic developments.  After a soft start to August, US 10-year yields have been in a 1.20%-1.40% range and flirted with the upper end before the attack at the Kabul airport on August 26.  Initial support is seen in the JPY109.40-JPY109.50, while a break would signal a retest on JPY109.

British Pound:  Sterling recovered from $1.36 on August 20 to about $1.3780 at the end of last week.  It made a marginal new high for the week following Powell’s comments earlier in the day, falling to a new four-day low near $1.3680.  The net 1% gain last week ended a three-week 2% slide.  The momentum indicators are mixed.  The MACD is has gone nowhere in recession sessions and is flat a little below zero.  The Slow Stochastic turned higher after falling into oversold territory.  The $1.3800 area is technically important.  It houses the 20- and 200-day moving averages.  It also corresponds to the (50%) retracement of this month’s decline.  The next retracement (61.8%) is slightly above $1.3835.   The euro, which had been recovering against sterling for the past couple of weeks, stalled last week in front of GBP0.8600.  Initial support is seen near GBP0.8540 before GBP0.8500.

Canadian Dollar:  The bearish shoot star candlestick carved on August 20 saw follow-through selling in the first couple of sessions last week.  It brought the US dollar down from the CAD1.2950-level at the peak of the candlestick to about CAD1.2580 on August 24.  It carved a bit of a shelf there and rallied on the safe-haven demand in response to the bombing at the Kabul airport to almost CAD1.2700 and marginally extended the gains before Powell spoke.  The greenback fell to nearly CAD1.2600 after Powell, hold a little above a key chart area near CAD1.2585. A break of this area could signal a move toward CAD1.2480.  A caveat to this constructive view of the Canadian dollar is that the 50-day moving average will likely move above the 200-day moving average (Golden Cross) for the first time since last August. It is viewed as a bullish development for the US dollar.

Australian Dollar:   After falling for five consecutive sessions, the Australian dollar popped higher at the start of the week, rallying roughly 1.75% in the first two sessions.  In consolidated the next two sessions, and that rallied by about 1% into the weekend.  It recorded an outside up day and closed above $0.7300 for the first time since the middle of the month.  It also closed above a neckline ($0.7270-$0.7280) of a potential head and shoulder bottom that would project a challenge of the August high set near $0.7430.  The momentum indicators are moving higher, and the Australian dollar is pushing above the 20-day moving average (~$0.7305).  Its 2.5% advance last week was the largest since last November.  Still, the virus and lockdowns are sapping the strength of the Australian economy, and this will be evident in next week’s data, which includes July trade figures and the final August PMI.  Growth in the second quarter is expected to have slowed from an impressive 1.8% to around 0.5%, but the economy has slowed since, and the PMI warns of the risk of a contraction in Q3.

Mexican Peso:  The US dollar posted an outside down day against the Mexican peso ahead of the weekend and closed below MXN20.20 for the first time in the week.  Powell’s speech, the decline in US rates and jump in stocks signal a rekindling of risk appetites that benefited emerging market currencies broadly.  In the region, the Brazilian real and Columbian peso did better in response to Powell than the peso but also on the week.  The Brazilian real appreciated by nearly 3.6%, terminating a give week slide.  The Colombian peso rose by 1.1% last week and has been alternating between weekly gains and falls for eight weeks, and net-net is little changed.   The momentum indicators for the dollar against the Mexican peso are turning lower.  The first area of support is likely around MXN20.07-MXN20.11.

Chinese Yuan:  The greenback began the week threatening the upper end of its two-month range against the Chinese yuan (CNY6.45-CNY6.50) and finished the week near the middle.  Chinese officials clearly prefer the exchange rate to be stable.  Still, it is easing policy while the US will soon begin to taper.  As the August manufacturing PMIs are expected to show, Chinese factory activity has slowed (poor weather, the virus, and the base effect from last year) and maybe on the verge of contracting.  Speculation of another cut in reserve requirements is elevated and brought in from Q4 to next month.  Continued range trading is the most likely scenario, especially in the first part of next week. 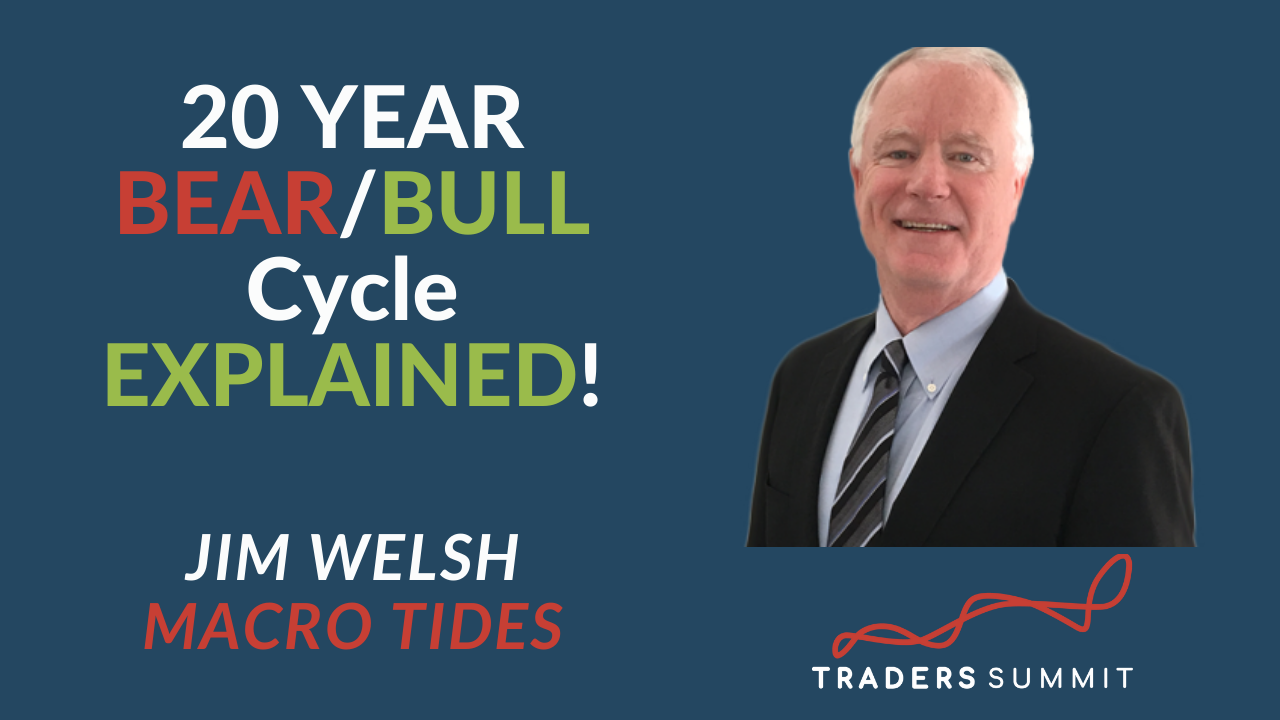