Dollar Turn More Credible but Maybe Too Much Too Fast

Even before the softer-than-expected US inflation, we had been suggesting the dollar was in the process of carving out a significant high. Our strongest conviction was that sterling bottomed in late September at a record low near $1.0350. Our conviction had also been growing that the greenback has topped against the Canadian dollar, a little shy of our CAD1.40 target.

Short-term trend followers and momentum traders have to adjust positions, and long-term structural long dollar positions need to be re-assessed. While we accepted the turn would be dramatic, given the historic over-valuation of the dollar, our immediate concern is that by nearly any near-term technical measures, the dollar is oversold. In fact, we suspect that a near-term dollar low may have been recorded before the weekend.

A big part of the story is the price action, so let’s turn to it right away.

Dollar Index: The Dollar Index peaked on September 28, a little shy of 114.80. It spent last month carving out a top, and last week’s drop met the (38.2%) retracement of this year’s rally (~107.10). The next retracement (50%) is around 104.70. The 200-day moving average begins the new week slightly above there, near 104.80. While cognizant that market positioning can overwhelm short-term considerations, our primary concern is that dollar is oversold. It is well below the lower Bollinger Band (~107.95). The MACD is the most over-extended since late 2020. The Slow Stochastic is not as over-sold, but it is at the lowest level since early August. Given the magnitude of the sharp drop, a bounce back to 108.00 should not surprise.

Japanese Yen: The sharp dollar sell-off saw the greenback fall to two-month lows and trade below JPY139 for the first time since September 1. The intervention bought time, and the softer-than-expected US CPI delivered the goods. Short yen positions had been used to fund the purchases of higher-yield currencies, and the unwinding of these positions also helped the yen recover. The dollar moved more than three standard deviations from the 20-day moving average (~JPY138.85). The next important chart area is seen around JPY137.25 (38.2% retracement of this year’s rally). However, caution is warranted as the MACD and Slow Stochastic are overstretched. Initial resistance may be seen encountered around JPY140.00.

British Pound: After finding support at $1.1150 on November 3-4, sterling raced to $1.1855 ahead of the weekend. It closed above the upper Bollinger Band (~$1.1785). Support now is around $1.1730. The MACD is the most stretched since January, but the Slow Stochastic is not overbought. Our next big target on the upside is $1.20. The market did not like Truss’s unfunded fiscal stimulus, but it may also have problems swallowing Sunak/Hunt’s austerity budget on November 17. UK’s protracted recession has begun, and there are bound to be better currency performers than sterling.

Canadian Dollar: The US dollar took out the neckline of the large head and shoulder pattern we have been monitoring at CAD1.35 on November 4. It came back and moved above the neckline in the middle of last week, which is not uncommon for this pattern, and then broke down again after the US CPI figures. After recording a big outside down day on November 10, the greenback fell to almost CAD1.3235 ahead of the weekend, roughly halfway toward the measuring objective of the head and shoulders pattern (CAD1.30). The greenback settled below the lower Bollinger Band for the second consecutive session, and the MACD and Slow Stochastic are overextended. Initial resistance is now seen in the CAD1.3380-CAD1.3400 area. In a softer US dollar environment, the Canadian dollar lags behind the other major currencies.

Australian Dollar:  The Australian dollar shot up from testing the $0.6270 area on November 3 to the pre-weekend high slightly above $0.6715. It also settled the last two sessions above its upper Bollinger Band (~$0.6635). The next important chart area is around $0.6740, which corresponds to some highs from mid-September and the (38.2%) retracement of fall from this year’s high set in early April near $0.7660. Momentum indicators are stretched but not as extended as other currencies and not as stretched as they were in July and August. Initial support is seen now around $0.6650, and stronger support is closer to $0.6600.

Mexican Peso:  The peso initially benefitted from the greenback’s reversal, falling to new two-and-a-half-year lows ahead of the weekend. However, the unwinding of yen-carry trades, where the peso was a favorite long in the leveraged community, saw the peso reverse lower. It was easily the weakest currency before the weekend, losing almost 1% against the dollar. The greenback’s bounce stalled in front of MXN19.60. The next key area is the previous support around MXN19.80. The MACD appears poised to turn higher from its lowest level since June. The Slow Stochastic has flatlined in oversold territory. Amid concerns about the new government’s fiscal plans, the US dollar tested the upper end of its three-month trading range against the Brazilian real (~BRL5.40) and pulled back ahead of the weekend.

Chinese Yuan:  The yuan had its best week in six months, appreciating about 1.25% against the dollar. It was the first back-to-back weekly gain since July. The softer-than-expected US CPI seemed like the most important driver. Still, many observers are playing up what appears to be minor adjustments in the zero-Covid policy that were already understood in the previous week, like the small reduction in the required quarantine for incoming travelers and trying to be more focused with restrictions. Covid cases reportedly are at seven-month highs in China. The dollar peaked against the yuan on November 1 near CNY7.3275. The low recorded before the weekend was slightly below CNY7.0745, the lowest since September 22. The five-day moving average has crossed below the 20-day moving average for the first time since mid-August, and the momentum indicators for the dollar are trending lower. If the yuan was a less closely managed currency, we would look for a test on CNY7.0. 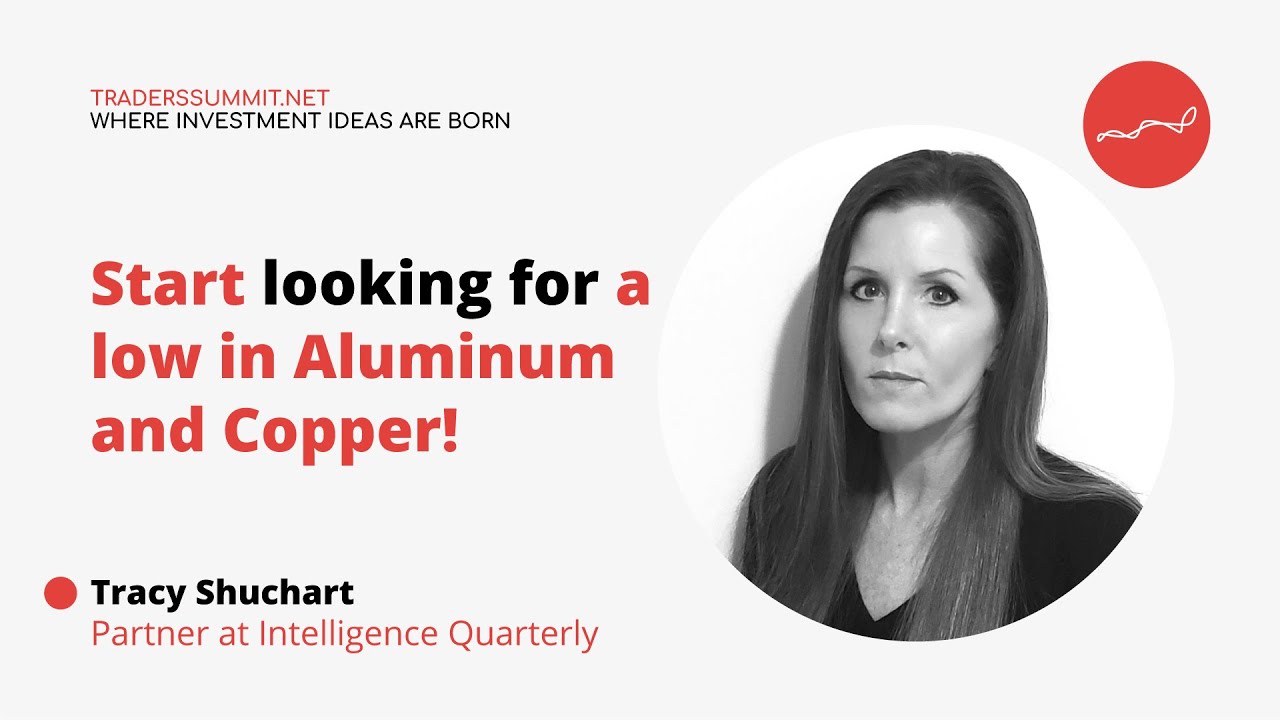 “Start looking for a low in Aluminum and Copper!”

Can DAX Share Still Gain Through the End of April?