Surging Covid cases in China and Hong Kong are undermining hopes of a Covid-pivot and the US dollar is broadly higher. Equities are under pressure to start the week. Most of the large bourses in the Asia Pacific but Japan, fell earlier today. Europe’s Stoxx 600 is paring last week’s minor gain, which was the fifth consecutive weekly rise. US stock futures are lower, while the 10-year US Treasury yield is flat near 3.83%. European yields are mostly around two basis points firmer, but Italy’s benchmark is up six basis points, perhaps amid some nervousness ahead of the cabinet vote on the budget in the middle of the week. Sweden is expected to deliver a 75 bp rate hike later this week but it is not offering the krona much support. It is leading losses among the G10 currencies and is off more than 1%. The Canadian dollar and Swiss franc are the best of the bunch and are off almost 0.5%. Emerging market currencies are under pressure, through the Turkish lira, where the central bank is expected to deliver its last cut on Thursday is steady. Gold is trading heavier for the fourth consecutive session and slipped below $1740 to its lowest level since November 10. After falling to $77.25 before the weekend, and settling slightly above $80, December WTI is on the defensive amid demand concerns. US natgas is a little softer after rising 7.2% last week. Europe’s natgas benchmark is 7.5% stronger. It rallied 12.8% last week. China’s Covid concerns pushed iron ore prices down by 3.35%, its biggest loss since late October. December copper is down 1% as its losing streak extends into the sixth session. December wheat is also heavier. It fell in the last three sessions so of last week, too.

It seems almost surrealist. Some market participants argue that China’s zero-Covid policy needs to be abandoned because it is crimping the economy. The Communists, often depicted as economic determinists, say not so fast. Still, Bloomberg reports that several large US-based banks are looking more favorably at Chinese shares, partly on the supposed Covid pivot. As both domestic and international doctors note, China’s healthcare system is not prepared to cope with a surge in infections that will “inevitably” follow a genuine reversal of its Covid stance. It is mainly dealing with a vaccine that is not as effective as the mRNA technology developed in the west. The vaccination campaign appears to have seen less take-up, especially among the elderly. One estimate suggests that only 40% of those 80 and older have had three domestic shots. Hong Kong has been held up as a model of what China could do, and over the weekend, its hospitals cut non-emergency services as Covid cases surged. Beijing reported its first Covid fatalities in six months and has urged the residents in the Chaoyang district to stay at home today.

While the Covid pivot is not quite what had previously been hoped, the same is true of the Xi-Biden handshake. Yes, bilateral climate talks have resumed, and there will be some high-level discussions, like the US Secretary of State visiting Beijing. And China did sign of on recent G20 statement that condemned the war in Ukraine. However, the US warned its allies against deeper ties with Beijing and claimed China recently put longer range missiles on its submarines. Also, reports indicate that China has stepping up its energy imports from Russia.

A poll published today from the broadcast news network ANN showed approval for Japan’s government has fallen to new lows for Prime Minister Kishida of 30.5%, off 2.6 percentage points, while disapproval rose 3.8 percentage points to 44.7%. A Mainichi newspaper poll yesterday found 43% want Kishida to resign soon. A little less than a third want him to finish his term, which send in September 2024. The cabinet lost its third minister within a month. “Funding irregularities” forced the Internal Affairs Minister to resign and was replaced with the Foreign Minister.

The US dollar is rising against the Japanese yen for the fourth consecutive day, and the 0.9% advance through the European morning, if sustained, would be the biggest advance in three weeks. The greenback reached a six-day high near JPY141.90. The next target is around JPY142.15 and then JPY143.20. The intraday momentum indicators are stretched. Initial support may be found by JPY141.00. The Australian dollar is also under pressure for the fourth consecutive session near $0.6600, is at its lowest level in six sessions. The $0.6590 area is the (50%) retracement of the rally since the November 10 US CPI report, and the next retracement (61.8%) is closer to $0.6545. The intraday momentum indicators are over-extended. The $0.6650 may cap upticks for now. The greenback’s recovery against the Chinese yuan began last week when the downside momentum faded near CNY7.0250. It settled last week slightly below CNY7.12 and reached nearly CNY7.17 today. As widely expected, the loan prime rates were held steady today. The PBOC set the dollar’s reference rate at CNY7.1256 vs. the median projection (Bloomberg’s survey) at CNY7.1297. Lastly, the US dollar has jumped over 1% against the South Korean won. Its fourth consecutive advance comes on the heels of a sharp fall in exports (-16.7% year-over-year) in the first 20 days of November. The shipments of chips and mobile devices are off by almost 30%.

Over the weekend, Germany’s largest union, IG Metall struck an agreement with employers in Baden-Wuerttemberg, which may be the model for an industry-wide settlement. Metal and electric workers received a 5.2% pay increase next year and 3.3% in 2024, and a 3000-euro tax-free bonus in two lump payments.

Germany’s October producer prices unexpectedly tumbled 4.2% to bring the year-over-year rate to 34.5%. That is the lowest rate since June and the first monthly decline since May. The decline reflects the sharp reduction in electricity and gas prices. The price of other energy, such as heating oil, and food prices rose. As a whole, energy prices fell 10.4% in October and are up 85.6% year-over-year.

Sweden’s Riksbank meets Thursday, and it looks set for another large rate increase. Recall that in September, it delivered a 100 bp increase that lifted the policy rate to 1.75%. Headline CPI was at 10.9% in last month, and the underlying rate, which uses a fixed interest rate, was 9.3% higher year-over-year.

The euro is trading lower for its third session and is also at a new six-day low, having approached $1.0225 in the European morning. The (50%) retracement of the rally since the November 10 US CPI is closer to $1.0205. The intraday momentum indicators are stretched, and the euro can recover toward $1.0275. Sterling is holding in better. It settled at the end of last week around $1.1890 and has fallen almost a cent. Still, it has not taken out last Thursday’s low near $1.1765. A break of it could signal a move toward $1.1690-$1.1700. A bounce could see $1.1840-50. Lastly, Israel reported slightly higher than expected October CPI last week (5.1%) and stronger Q3 GDP (2.1% annualized, while the median forecast in Bloomberg’s survey forecast 1.6%). The central bank meets today and is expected to deliver its third consecutive 75 bp increase in the base rate, which would lift it to 3.5%. After rising nearly 1.6% against the shekel last week, the dollar is steady to slightly lower today.

A new NY Fed research paper argues that the shift in bank behavior led to the use of reserve balances for short-term funding operations, including the intermediation of fx swaps and Treasury repos. The declining supply of reserves may potentially have implications for market functioning and financial stability. A higher level of reserves may be needed. It may also suggest a limit to the unwinding of the Fed’s balance sheet, even if not a resumption of QE next year, as at least one famous Fed watcher opined early this year. Perhaps, this may also shed light on why European banks are slower than expected in repaying the ECB long-term loans (TLTROs). After the terms were tweaked at the recent ECB meeting, early prepayment has been anticipated. The slightly less than 300 bln euros that will be prepaid is half the median projection by Bloomberg’s survey. The obvious conclusion is that many banks find the altered terms still attractive. It gives important information to the ECB. A significant prepayment was thought to help ease the collateral shortage, which is seen as spurring a significant gap between swap rates and yields. The low early prepayment may renew the internal debate about the start of QT, which has been earmarked to begin after the rate hikes conclude, now seen around mid-2023. Other major central banks, including the Fed, BOE, BOC, and RBA are raising rates and shrinking their balance sheets simultaneously.

Atlanta Fed’s Bostic opined that another 75-100 bp of rate hikes may do the job to boost the odds of a soft-landing. It would allow policy to be mildly restrictive. On the other hand, Boston Fed’s Collin’s who, unlike Bostic votes this year, warned that another 75 bp hike next month is possible. Many observers are still mulling St. Louis Fed’s Bullard’s comments from last week. Bullard showed charts that could justify a terminal rate between 5% and 7%, but said he was comfortable, for now, at 5.0%-5.25%, which is more or less what the futures market is discounting. Bullard, Mester, and George speak tomorrow ahead of Wednesday’s FOMC minutes. Today, San Francisco Fed President Daly speaks (1:00 pm ET).

The US dollar tickled the CAD1.34 area at the end of last week as it recovered from the CAD1.3225 area where the downside momentum stalled. Today, it reached CAD1.3440 to meet the (61.8%) retracement of its losses since that November 10 US CPI. Above there, resistance is seen in the CAD1.3480-CAD1.3520 area. However, with the intraday momentum stretched but not confirmed the high in the European morning, look for some consolidation in the North American session that can see the greenback slip back into the CAD1.3380-CAD1.3400 band. Meanwhile, the US dollar has been carving out a bottom against the Mexican peso in the MXN19.25-26 area. It is trying to establish a foothold above MXN19.50, and we suspect it can test the MXN19.60 area. That said, it has not traded above the 20-day moving average this month. It is found near MXN19.5850 today. Over the slightly longer-term, we see the risk of MXN19.80, the floor of its previous trading range. Note that both Canada and Mexico report retail sales figures tomorrow.

Too Much of a Good Thing

Two Major Surprises Today: China’s PMI on the Downside and Eurozone CPI on the Upside 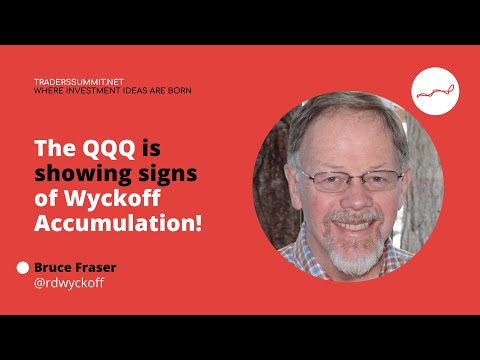