The tech sell-off in the US yesterday, ostensibly driven by higher rates, carried over into trading today.  South Korea, China, and Hong Kong led the regional sell-off.  News that China’s zero Covid tolerance led to a lockdown of the city of Xian with a population of around 13 mln played on fears of more supply chain disruptions.  A second city, Yuzhou, considerably smaller, has also been lockdown.  Japan, India, and several smaller markets gain.  European bourses, where tech is less prominent have edged higher and the Stoxx 600 is extending its gain for the third consecutive session.  US futures are softer.  Asia and most European bonds yields have risen today, while the US 10-year is steady around 1.64%.  Of note, with Italian politics rising as an issue ahead of the presidential contest later this month, maybe helping lift the 10-year BTP to new six-month highs near 1.22%.  The US dollar is seeing its recent gains trimmed against the major currencies.  The Japanese yen is recovering a little after falling to five-year lows yesterday.  The Canadian dollar is the laggards today, amid a sell-off in its bonds.   The emerging market currency complex is mixed, and the JP Morgan EM FX index is recouping about half of yesterday’s 0.35% loss.  Gold is firm but remains within Monday’s range (~$1798.50-$1832). Among the industrial metals we monitory, iron ore bounced back after yesterday’s minor loss and is at its best level since Xmas eve.  Copper is being turned back after yesterday’s rally stalled near the $448 cap.  Crude oil is consolidating yesterday’s gain and February WTI is near $77.00.  US LNG firm but within the $3.50-$4.00 range, while European (Dutch) is extending yesterday’s dramatic gain (31.6%).

While China has moved quickly to impose lockdowns where cases of the virus appear, the tech sector is off to a poor start.  The Heng Seng Tech Index fell 4.6% today, the most since July, and the third consecutive drop.  Tencent is reducing its investments, and this took a toll on companies it backed.  Some link Tencent decision to Beijing’s push against anti-competitive practices.  The NASDAQ Golden Dragon Index, which tracks Chinese lists companies fell 4.3% yesterday.  The tech sell-off was also clear in the US where the NASDAQ shed 1.3%.   Japan’s “Mothers” gauge weighted toward small and medium-sized software and technology companies fell 5% to its lowest level since May 2020.  In the last hours of trading, after HK tightened social restrictions, the equity loss intensified.

Japan reported that December auto sales were 10.2% lower than a year ago.  Yesterday, the US reported disappointing December auto sales.  Auto sales were expected to have risen to their best level since August but instead fell to a 12.44 mln unit annual pace.  It was the lowest since September and reflects a 23.6% decline from December 2020.  Last year, US auto sales averaged 14.93 mln a month compared with 14.41 mln in 2020 and 16.91 mln in 2019.  Although supply is argued to be a bigger problem than demand, some producers, like GM, have reported a substantial rebuilding of inventories.

The dollar closed above JPY116.00 yesterday but has failed to sustain the upside momentum.  It peaked near JPY116.35 and is approaching support at the previous resistance around JPY115.50.  A break of JPY115.00, which seems unlikely ahead of the US jobs data on Friday, would lend credence to the idea that it was a false breakout.  The Australian dollar is firm near $0.7250 after recovering from the dip below $0.7200.  Still, it needs to resurface above $0.7275-$0.7280 to be notable.  We suspect the Aussie will pullback in North America and see initial support around $0.7220.  Outside of the dramatic year-end session, the Chinese yuan continues to trade quietly in a well-worn range.  The dollar continues to trade mostly between CNY6.3660 and CNY6.3830.  The PBOC set the dollar’s reference rate at CNY6.3779.  The (Bloomberg) survey found a median expectation for CNY6.3773.  Note that offshore yuan (CNH) swaps/forward points are at their lowest level since April 2020 amid reports that overseas branches of state-owned banks are continuing to lend out CNH.  Lastly, we note that the China Securities Journal plays up the possibility that the PBOC eases policy ahead of the Spring Festival holiday (January 31).

The main economic news from the eurozone today is the final reading of the December service and composite PMI.  The takeaway is that it is a little softer than the preliminary estimate.  On the aggregate level, the service PMI eased to 53.1 from 53.3 flash estimate and 55.9 in November.  The composite eased from 55.4 in November to 53.4 preliminary estimate and 53.3 final.  It is the lowest since March and is the fourth decline in five months.  While the German services PMI was revised higher, it remains below 50 boom/bust (48.7) and this coupled with the weakness in manufacturing saw the composite revised to 49.9 from 50.0 initially and 52.2 in November.  It is the weakest composite reading since June 2020.

Intervention by the Swiss National Bank draws attention as the euro traded at six-year lows at the end of last year.  Sight deposits rose by CHF3.37 bln in December after CHF2.27 bln and CHF2.57 bln in November and October, respectively.  Overall, sight deposits rose by CHF18.85 bln in 2021 after surging CHF119.3 bln in 2020.  Denmark also anchors its monetary policy in the exchange rate peg to the euro.  Its central bank sold DKK47 bln (~$7.1 bln) in December to defend the peg.  It was the largest intervention in seven years.  Although inflation is running a little below 4%, there is some speculation that the Danish central bank may have to cut rates as its next defense of the peg.

ADP ‘s private sector jobs estimate is the early feature in the US today.  The median estimate (Bloomberg survey) is for an increase of 410k after 534k in November.  The final PMI will likely draw little attention.  The FOMC minutes from last month’s meeting, at which officials announced the acceleration of tapering will be looked upon for insight into the Fed’s balance sheet and any signal that it may allow maturing issues to roll-off soon.  Besides the rate hikes, for which the market has priced in three this year, the balance sheet is quickly emerging as the new focus.   Also, on tap today is the EIA inventory data.  The API reportedly showed a large rise in gasoline inventories but another drop (6.4 mln barrels) in crude stocks.

Canada’s build permits are not typically a market mover.  Tomorrow it reports the November trade balance, and the highlight is Friday’s jobs data.  It is difficult to envision a report as strong as November’s nearly 154k increase.  Proportionately, it would be as if the US nonfarm payrolls rose by around 1.7 mln.  Mexico reports December domestic auto sales.  In November, its auto sales were off about 13.5% year-over-year.  The highlight of the week is Friday’s CPI figures.  The year-over-year pace is expected to have edged up from 7.37% in November.

The US dollar is trading insides yesterday’s range against the Canadian dollar (~CAD1.2665-CAD1.2765), which was inside Monday’s range (~CAD1.2630-CAD1.2780).  It is trading around CAD1.2720 near midday in London.  The intraday technical indicators seem to favor a retest of the greenback’s highs.  The US dollar’s performance against the Mexican peso is similar.  It is inside yesterday’s range, which was inside Monday’s range (~MXN20.41-MXN20.65).  The US dollar looks soft and could test the December 31 low near MXN20.33.   The 200-day moving average is near MXN20.27 and the greenback has not traded below it in a little more than two months. 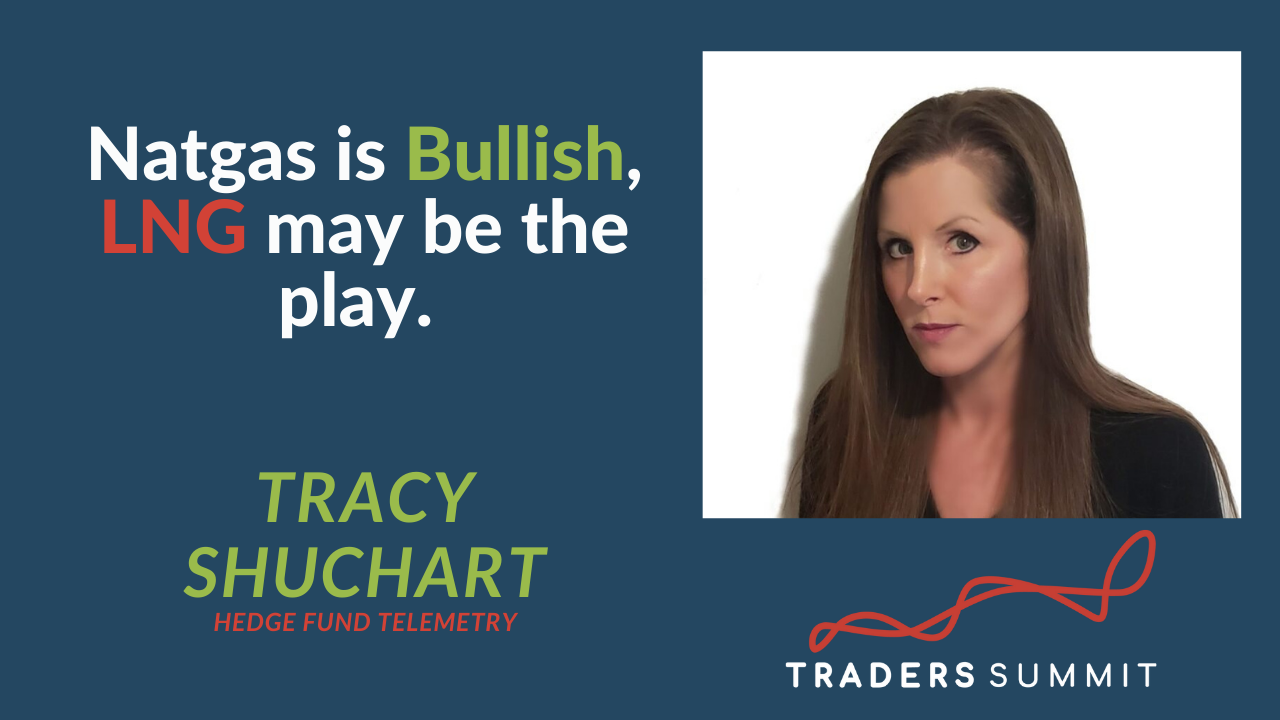 Traders Summit Interview – Tracy Shuchart aka @ChiGrl is bullish on Natural Gas. If you are looking for a Commodity Play LNG might be the one!”