The second consecutive disappointing US jobs report stopped the dollar bounce cold.  The question is whether that means that the greenback’s downtrend, seen in April and May, will resume. On the one hand, our macro narrative requires higher US interest rates in absolute and relative terms to take pressure off the dollar.

On the other hand, the US still created over half a million jobs, more than twice the pace seen in April. The April disappointment did not deter Fed officials from acknowledging that it may be appropriate to begin talking about adjusting the pace of its bond purchases in the upcoming meetings. Other labor market indicators, including initial weekly jobless claims, show that the labor market is healing, albeit not as fast as economists in general expect.

As we sketch out below, the momentum indicators of the dollar had become stretched, as one would expect given the persistence of the greenback’s decline since the end of March. Nevertheless, they seem to favor a continued upside correction for the dollar. Next week’s macro backdrop includes another jump in the US CPI and what is expected to be a dovish ECB (a majority in a recent Bloomberg poll expect the acceleration bond buying to be extended until September). Also, a push back by the Bank of Canada against the three rate hikes the market has discounted over the next two years is possible after the second consecutive monthly loss of jobs.

Dollar Index: The peak before the jobs data was a little shy of the (61.8%) retracement of May’s decline, and the sell-off after the disappointment took it to nearly the (61.8%) retracement of bounce from the June 1 low near  90.00.  Below there is support in the 89.65-89-75 area.  The MACD has turned up and is near its best level since early May.  The Slow Stochastic is recovering from its late May dip that held above April’s low, even though the index did not.  The five-day moving average is poised to rise above the 20-day for the first time in two months.

Euro:  Before the US report, the euro had fallen to almost $1.2100, its lowest level since May 14.  The (61.8%) retracement objective of the rally since the early May low came in a little below $1.2095.  The recovery after the jobs data recoup slightly more than half of last week’s decline.  It stalled near the 20-day moving average, which is just above $1.2175.  The momentum indicators curled lower in late May and are still headed lower.  Resistance is in the $1.2185-$1.2205.  Assuming this area hold, the combination of the Fed looking through economists disappointment and see a labor market that is continuing to heal (never as fast as desired) and a dovish sounding ECB, the euro re-test the $1.2100 area and head to our next technical target closer to $1.2050.

Japanese Yen: The US dollar approached a two-month high before the weekend near JPY110.35 before reversing lower after the employment data, taking out the previous day’s low (JPY109.55) and returned to the week’s low near JPY109.35. The 20-day moving average is only slightly lower (~JY109.25), which is also about the halfway mark of the bounce from late-May’s low to last week’s high. The trendline connecting the April low (~JPY107.50) and that May low (~JPY108.55) begins the week ahead around JPY109.00, and the (61.8%) retracement of the recent bounce is a little lower at JPY108.90.  The momentum indicators look agnostic.  The correlation of the change in the exchange rate and the change in US 10-year yield over the past 60-days is the highest (~0.6) in over a year.  Using the 10-year differential between the US and Japan lowers the correlation slightly (~0.5).

British Pound: Sterling’s recovery after the US jobs report was not quite sufficient to turn it positive on the week, and it snapped a four-week advance.  It made a new three-year high on June 1 (almost $1.4250) before reversing lower, creating a bearish shooting star candlestick.  It traded lower and briefly slipped below $1.4085 before the broad sell-off in the dollar lifted it to new session highs ($1.4200).  Sterling may fray the lower end of its range, but the underlying tone is firm, and only a break of $1.4000 would undermine the bulls.  The trendline connecting the April and May lows is near $1.4020 at the start of the new week.  The Slow Stochastic has turned lower and did not confirm the new high set in spot.  The MACD turned lower in the second half of last month, but it has been stabilizing in recent days.  The five-day moving average looks set to fall below the 20-day day moving average.  It has not happened in nearly two months.

Canadian Dollar:  The US dollar made a marginal new four-year low on June 1 as it drew closer to CAD1.20, an important chart point.  It reversed higher at the same time, creating a bullish hammer candlestick.  It peaked shortly before the jobs report, a little below CAD1.2140, last seen in late May.  Canada’s employment data was more disappointing than the US figures and could impact the tone of next week’s central bank meeting. That said, with the vaccine rollout accelerating, the re-opening is expected to improve the growth prospects.  Also, lower US rates and risk-on seemed to dominate the market reaction. Immediate support in the CAD1.2070-CAD1.2080 area.  The five-day moving average is set to cross above the 20-day for the first time since mid-April.  The momentum indicators are trending higher, but they have been since early/mid-May.

Australian Dollar:  After being sold to seven-week lows on June 3 near $0.7645, the Aussie recovered smartly after the US job disappointment.  The 1.1% advance was the most since mid-April and reversed the earlier losses, allowing the Aussie to secure around a 0.4% gain for the week.  That was the second-best performance among the major currencies (the Norwegian krone was with a 0.7% gain). However, the break and close below $0.7675 may have been bear-trap.  That area looked like the neckline of a bearish topping pattern.  It finished the week approaching the $0.7750 area.  Over the past 30-days, the Aussie appears to have become more sensitive to the direction of US yields.  The inverse correlation of a little more than 0.6 is the most in 14-years.  In comparison, the correlation with the CRB index is slightly more than half as much.

Mexican Peso:  The dollar was driven to MXN21.2130, a three-week high shortly before the US employment report, perhaps helped by concern about the weekend election.  The peso also is used as a proxy hedge for other Latam currencies and even emerging markets more broadly.  Peru holds the run-off for its presidential contest.  In Mexico, the election is expected to preserve the status quo.  AMLO’s coalition enjoys a simple majority in the lower chamber, short of the super-majority needed for fundamental change.  The pullback in US rates and ideas Banxico could hike by 50 bp before the end of the year saw the greenback fall to around MXN19.91.  The MACD is neutral, and the Slow Stochastic continues to move higher.   For nearly two months, the dollar has been between around MXN19.75 and MXN20.30.  Until proven otherwise, look for the range to hold.

Chinese Yuan:  The dollar rose by a little more than 0.40% against the yuan last week, the most here in Q2.  Officials increased the reserve requirement for foreign exchange and boosted the quota for outbound portfolio investment. The PBOC daily dollar fixing also seemed like a mild protest, though this signal went silent at the end of the week, as the reference rate was tight to expectations. The underlying objective, whether it is a line not to be cross, an objection to the pace, or a one-sided market, will require patience and more observation.  We suspect it is about the pace, but others seem to see it as a line at CNY6.35.  While the CNY6.40 area was the nearby cap, we suggested potential toward a small gap from May 24-25 (~CNY6.4150-CNY6.4180).  It stopped near CNY6.4120 and a little shy of the 20-day moving average (~CNY4130).  It is one thing to check the yuan’s rise in an environment in which the dollar is trending higher.  It is quite another to do so in a dollar-offered market.  Initial support is likely around CNY6.3850. 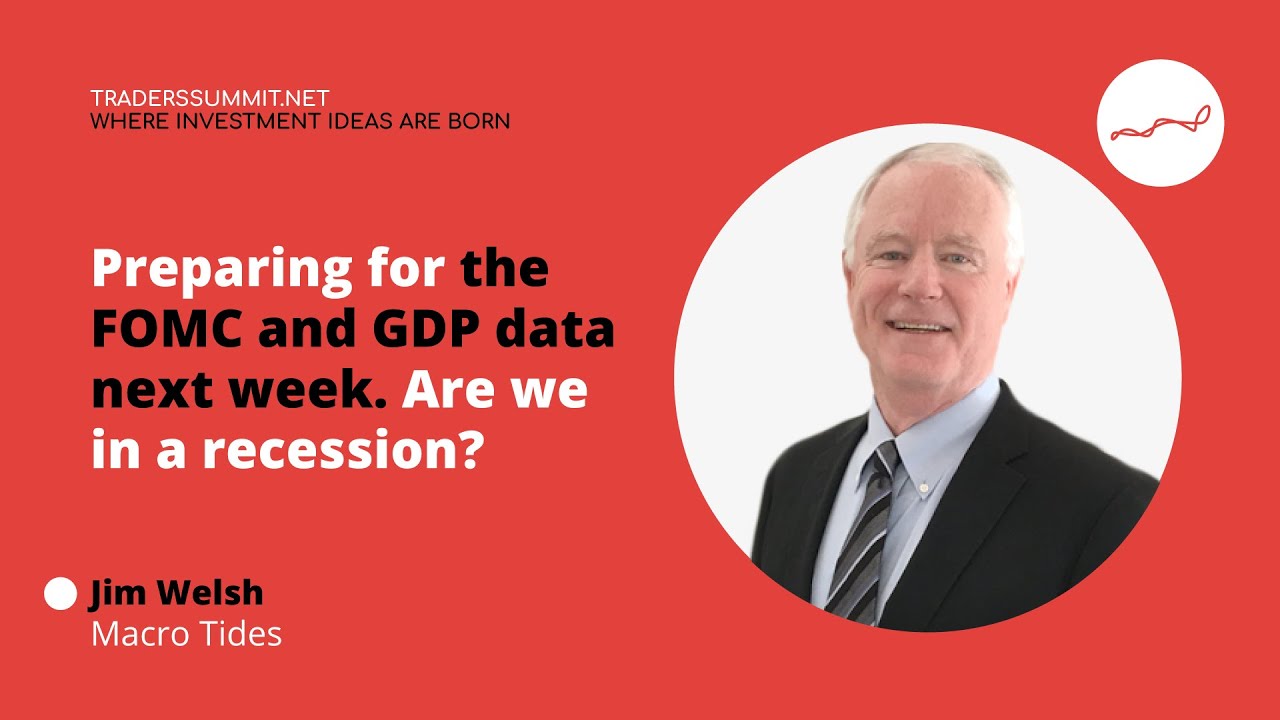 Preparing for the FOMC and GDP Data Next Week. Are we in a Recession?

Strengthen Your Portfolio With Real Assets 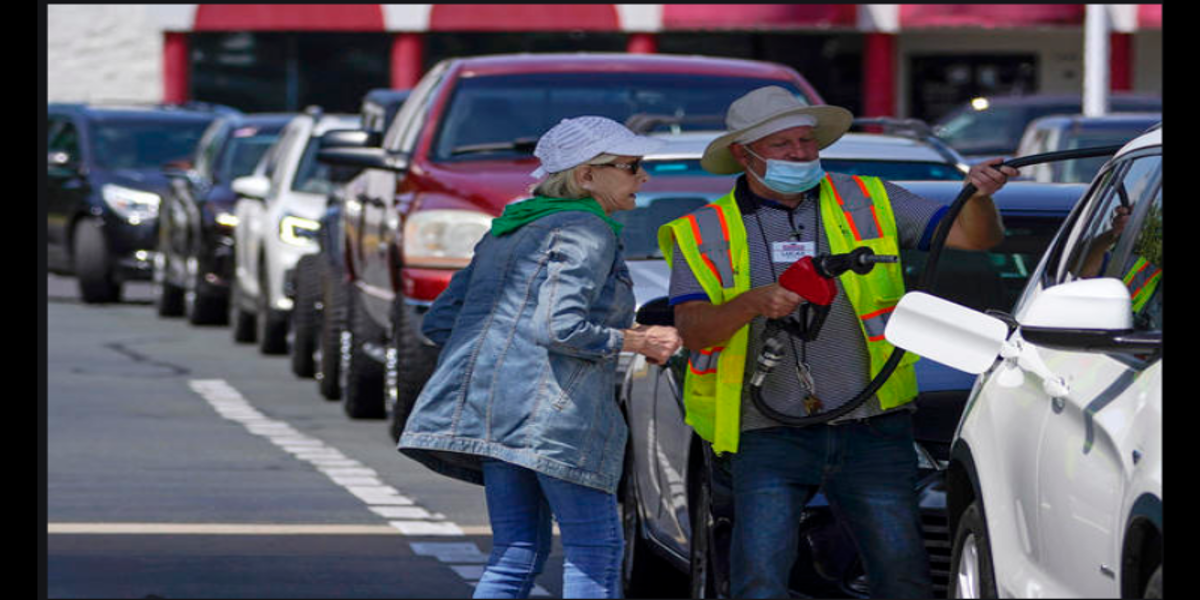 What Will the BoE Need to Do Now About the GBP?