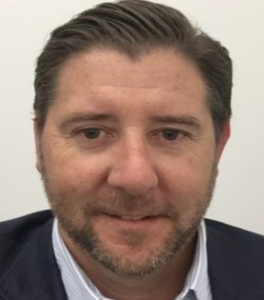 Brent Johnson brings over twenty years of experience in the financial markets to his position as CEO of Santiago Capital where he manages $175mm for High Net Worth families via separately managed accounts and a private fund.

Brent enjoyed more than nine years as a Managing Director at BakerAvenue Asset Management, a $2 Billion Asset Manager and Wealth Management firm, with offices in San Francisco, Dallas and New York.  He was the lead advisor for several of the firms largest clients.

Before joining BakerAvenue, Brent spent nine years at Credit Suisse in their private client group. He got his start as part of the training program at Donaldson, Lufkin & Jenrette (DLJ) in New York prior to moving to San Francisco. He joined Credit Suisse in the fall of 2000 when the bank purchased DLJ.

Earlier in his career, Brent was a financial auditor for Philip Morris Management Company in New York City where he performed audits at the company’s headquarters as well as subsidiaries in Germany, Hong Kong, and Richmond, Virginia.

Brent regularly gives interviews and speaks at conferences regarding precious metals, currency markets & macroeconomic trends.  His views have been quoted in numerous print, online and television outlets. He lives in San Juan, Puerto Rico with his wife Mary and son Moses.

Since 1944 the United States Dollar has been the reserve currency of the world. Is that about the change? The...