Arguably the most important data next week is the flash PMI.   It is not available for all countries, but for those generally large G10 economies, the preliminary estimate is often sufficiently close to the final reading to steal its thunder. Moreover, and this applies to high-frequency data more broadly, given the overshoot of inflation in most counties, with some exceptions, notably in Asia, central banks appear to be on set courses.

The near-term data are interesting if you are into that kind of thing, but the Federal Reserve and the Bank of Canada seem committed to bring the policy rate to neutral expeditiously.  The hawkish chord struck by the Bank of Canada has the market favoring 50 bp moves at its next two meetings.  It is difficult to see the market getting more aggressive even though March CPI (April 20) likely accelerated above 6.0% (from 5.7%).  The housing market (existing home sales and housing starts) appears to be holding up better than in the US.  However, February retail sales look weak after a strong January.

The Fed funds futures market has nearly priced in three 50 bp hikes and 3 quarter-point moves before the end of the year.  Perhaps, it is fairer to say the market is split whether there will be a third 50 bp move or whether the Fed reverts back to 25 bp moves. One way those concerned about the pro-cyclicality of the Fed’s course have expressed it is to say that the central bank will continue to hike until it breaks something. The swaps market is consistent with this being around 3%.

It is reasonable to expect that the first thing to break will be the interest rate-sensitive sectors, which also follows from the fact that the market in part because of the anticipation of what the Fed will do.  The housing market is particularly interest-rate sensitive.  The average 30-year fixed-rate mortgage rose to 5% last week for the first time in more than a decade.  Mortgage applications have fallen for five weeks through April 8.  Upcoming reports are likely to show that March housing starts, permits, and existing home sales weakened.

The market expects the ECB to stop purchasing net new bonds in June and deliver the first hike in July. Expectations for the Bank of England have been dialed back.  It is expected to go slowly, raising the bank rate by 25 bp a clip for the next several meetings. The Reserve Bank of Australia is expected to begin a fairly aggressive tightening cycle after next month’s election.  The cash rate futures have almost a 190 bp higher rates priced in by the end of the year.  The Reserve Bank of New Zealand has lifted its cash target rate four times since its cycle began in October.  There had been three 25 bp moves and then, last week, a 50 bp hike.  The swaps market has priced in another 170 bp before the end of the year.

The Bank of Japan and the Swiss National Bank are a different kettle of fish.  The Swiss National Bank’s deposit rate remains at minus 0.75%.  Its 10-year bond yields less than 0.8%.  March CPI rose 2.2% year-over-year, and the core rate increased 1.4%.  It is standing put for the foreseeable future.  The pressure on the BOJ comes from two sources.  First, the rise in global rates has pulled the 10-year JGB yield to near the 0.25% Yield-Curve Control cap.  There is something to be said of the IMF’s advice to target a shorter maturity.

Second, headline inflation in Japan has been rising, but it has been primarily because of fresh food and energy.  In March 2021, the year-over-year rate of headline CPI was -0.4%.  It is expected to have risen to 1.0% in March 2022 when it is reported at the end of next week.  A year ago, if fresh food and energy were excluded, Japan’s CPI was flat.  Last month, it was expected to be at -0.8%.   Starting with the April report, the core rate is going to rise. Moreover, it will turn positive as last year’s cuts in wireless services prices drop out of the 12-month comparison. As a result, real interest rates are going to fall further.

It is common for observers to argue about a race to the bottom, with everyone seeking weaker currencies.  But this is not true.  What is true is that central banks typically want the currency to be consistent with its monetary policy thrust. A stronger currency may dilute efforts to ease financial conditions, for example. Similarly, a weaker currency when financial conditions are tightening is counterproductive.

Nor do businesses always want a weaker exchange rate.  Consider Japan.  The yen has fallen to its lowest level against the dollar in 20 years.  A Reuters survey recently found that three-quarters of Japanese firms say that the yen’s weakness hurts their business.  A common fear is that the yen’s depreciation will weaken consumption and capital investment.  Almost half thought that the exchange rate developments would undermine earnings, more than a third said it would hurt profits “somewhat,” and an eighth said the impact would be “considerable.”

Some press accounts refer to Japan as export-driven, and other observers make allusions to Japan’s export prowess.  They are mistaken.  Last year, Japan ran an average monthly trade deficit of JPY139 bln (~$1.2 bln).  In 2020, it ran an average monthly surplus of JPY32 bln. In 2019, before Covid, Japan had an average monthly deficit of a little more than JPY100 bln.    Japan reports March trade figures on April 20.  A small deficit is expected.  Alternatively, consider that the US exports about 12% of GDP.  Japan’s exports are around 17.5% of GDP.  Australia exports almost a quarter of its GDP.  The UK and Canada export a little more than 30% of GDP, while Germany exports 47% of GDP.

In some models of currency valuation, the broader measure of the external balance, the current account, is used.  At the risk of oversimplifying, the idea is that exchange rates should move toward bringing external accounts into balance.  The current account includes some capital flows from investments, like dividends and coupons, but also profits, licensing fees, royalties, and the like.  The weakness of the yen boosts the value of these foreign earnings, which will be positive for the current account.  Higher energy, commodity, and food prices are boosting imports faster than the weaker yen is boosting exports.  Indeed, this is what the J-curve theory suggests, namely, that the trade balance deteriorates initially after a devaluation as prices adjust faster than quantities.

At the end of last week, China disappointed by not reducing the benchmark 1-year Medium-Term Lending facility (2.85%), and its usage declined.  A few hours later, the PBOC announced a 25 bp cut in reserve requirements and 50 bp for some rural banks.  The move was estimated to free up about CNY530 bln (or ~$82 bln).  This still seems to be small beer compared to the growing economic challenge.  Around a quarter of China’s population (or 375 mln people, ~10% more than the entire US population, to put it in perspective) are under varying social restrictions in an arguably ill-conceived effort to contain Covid.  Shanghai, a city of around 25 mln people, is in lockdown with no end in sight.

Before the markets open on April 18, China will report Q1 22 GDP.  The median forecast from Bloomberg’s survey calls for a 0.7% quarter-over-quarter pace after 1.6% in Q4 21.  The risks seem to be on the downside, and the world’s second-largest economy has no momentum here at the start of Q2, judging by the PMI.  More stimulus will be needed.  The reduction of reserves, the apparent go-to lever for the PBOC, is obviously a limited strategy, and some think that limit is being approached.

Beijing has also shown restraint on the exchange rate.  Consider that it has become more common for the PBOC to set the dollar’s daily reference rate below expectations (median projection in Bloomberg’s survey). The 100-bp premium China offered over the US on 10-year rates now stands at a small discount.  The Federal Reserve has begun what is expected to be among the most aggressive tightening cycles in a generation, with 50 bp hikes expected in May and June. Yet when all is said and done, the Chinese yuan is off 0.25% against the dollar this year.  Surely, given this economic backdrop and monetary divergence, a weaker yuan would not draw much official friction.  This may still develop in the coming weeks.

Has the Market Carried the Fed’s Water? Is the Dollar Vulnerable to Buy the Rumor and Sell the Fact? 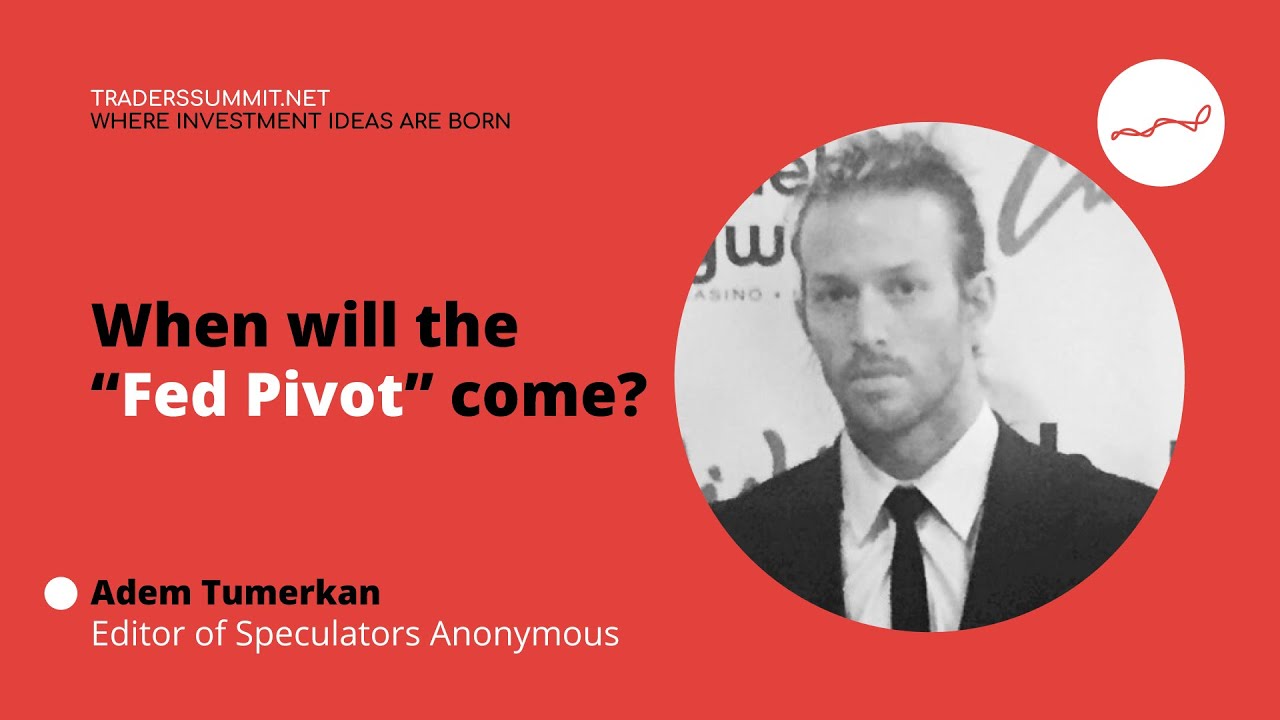 When Will the “Fed Pivot” Come? 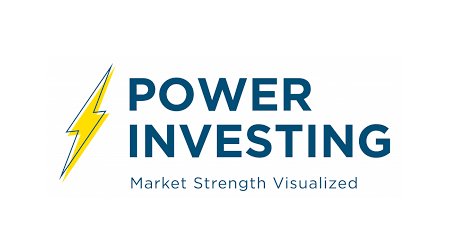 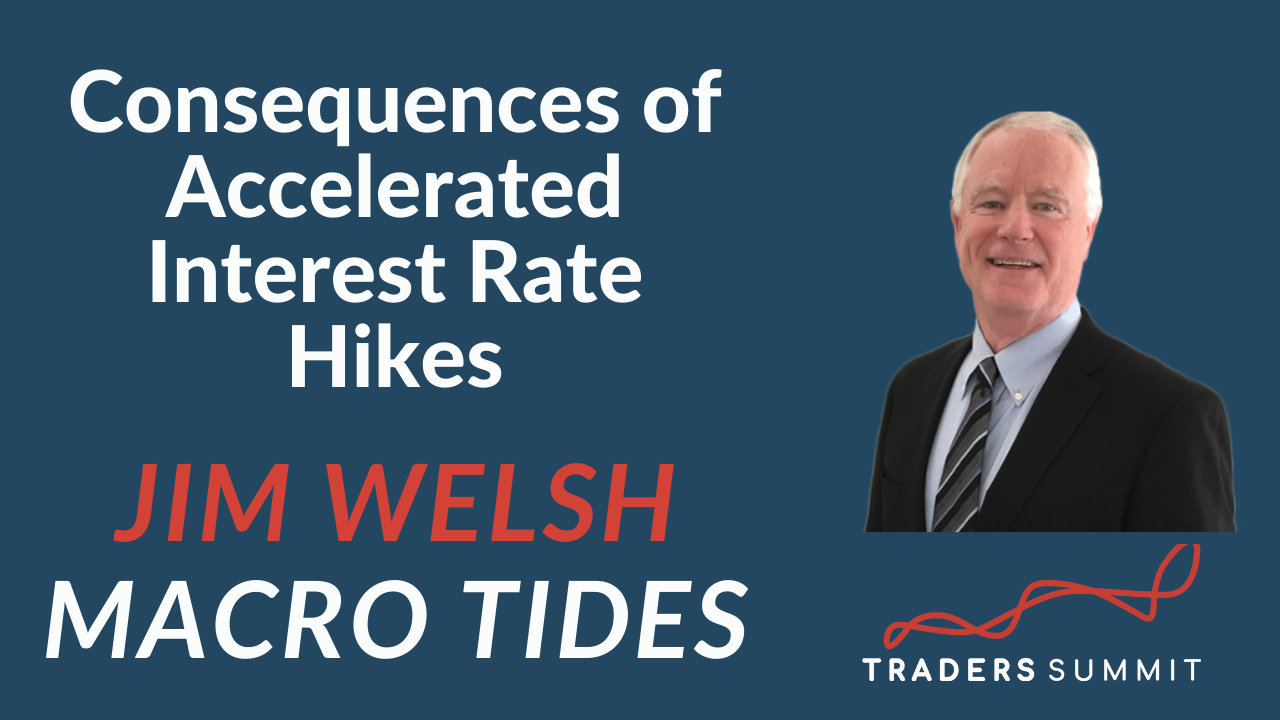 Unintended Consequences of Accelerated Interest Rate Hikes from the FOMC

Is Liz Truss in the last Chancellor saloon?