Fundamentals: If you only watch the benchmarks, then a terrific day for some sectors went unnoticed. Maybe you caught Crude Oil up 2.1%, alluding to Energy +3.93% as a bellwether to start the month, but did you see Real Estate +1.69%, Materials +1.39%, Financials +0.66% and Industrials +0.42%? Two weeks ago, we called for Tech’s rebound to outpace other sectors given the depth of its selloff, and it did, but for the last week Tech has done nothing. During this time, the Russell 2000 is up 3.8%, and we have been pointing to its leadership, targeting 2295. This brings us back to our ongoing discussion of a long-term thematic divergence and more specifically, we find an excerpt from one month ago describing exactly that very fitting:

U.S. benchmarks have diverged this week. The Dow set a fresh record high yesterday, whereas the NQ is down 2.5% on the week and trading 4% from its record. As for the S&P, it is trading slightly lower on the week, a blend of the two. On Tuesday, big Tech got trucked, but as one could imagine given the Dow’s record, many names within Energies, Industrials, and Materials are trading much higher on the week. The talk of rising rates has certainly weighed on Tech, but there are also various idiosyncratic themes ranging simply from air coming out earnings enthusiasm, to the chip shortage, and concerns of high multiples. One conversation that we find ourselves having more often with clients is that at some point soon, broader index gains may not be so robust. For instance, what if the S&P is flat next year because Tech loses ground due to rising rates. At the same time, what if there are real inflation tailwinds and Crude Oil reaches $100, the Energy sector could easily gain 20%. As we move closer to the Fed tightening policy, whether the end of this summer or not until the turn of the year, these are important conversations; we could see a continued divergence. How is your portfolio positioned? Do you want to have a call to discuss? Email us at info@bluelinecapllc.com to schedule a time.

Think about this, the NQ has gained 3.5% over four months now, whereas, since closing higher on February 1st, the Dow has added 15%, the S&P 12%, and the Russell 2000 8.5%! You can even dive deeper; the Energy sector is up 37% and Materials 24% over that time! If you are sitting with a Tech heavy portfolio, and not rotating or tracking the sector flows, you could be leaving a lot of money on the table, not just over the last four months, but maybe over the next four years.

Switching gears, the U.S. Dollar gained ground overnight after a weak German Retail Sales read was coupled with broad risk-appetite vulnerability due to fears of a Covid variant from India. Despite yesterday’s weakness, today’s rebound makes it unlikely the U.S. Dollar breaks either way before Friday’s pivotal Nonfarm Payroll report. Yesterday’s ISM Manufacturing, in a nutshell describes the current state of the economy; a strong headline expansion of 61.2% was coupled with Prices holding at the highest level since 2008 but was met by a whiff on the Employment component barely expanding at 50.9 versus expectations of 61.5. Today, we look to Fed speak before tomorrow’s ADP Private Payroll survey and Services data. Atlanta Fed President Bostic, Fed Governor Brainard, and Chicago Fed President Evans, all 2021 voters, speak at an event at 1:00 pm CT.

Technicals: Despite yesterday’s tepid reception of higher prices and the S&P’s failure in front of rare major four-star resistance, the reality is, equity markets have broadly done absolutely nothing wrong. In fact, after a dull consolidation through much of last week and a long holiday weekend, it is easy to forget that nearly two weeks ago the S&P, and NQ for that matter, achieved another monumental rebound from a floor of support that was defined by the 50-day moving average (in the S&P and Dow) as well as higher lows. The consolidation over the last week has been healthy and as we noted the S&P was building a bull-flag pattern. Now, that bull flag pattern failed yesterday, but that does not change the tremendous amount of support underpinning price action. For the S&P, this is major three-star support at 4183.50-4186. For the NQ, we rolled major three-star support up a little yesterday to 13,650-13,686 to tighten the range and align it with Friday’s month-end settlement. However, we have now realized that 13,626 remains significant and this is major three-star support, whereas at 13,670-13,686 is revised as our Pivot, aligning our momentum indicator with that settlement. As Bill Baruch noted in yesterday’s Midday Market Minute, we wanted to see the S&P close above 4210 in order to keep the bull flag breakout alive yesterday. Although this did not happen, we still believe such would encourage added buying. This morning, our momentum indicator comes in at 4203 and this will act as our Pivot and point of balance. All things considered, a consolidation remains very healthy, but we must see a resolution higher soon, or market participants will start trimming and supports will become more vulnerable. As we know, at these elevated levels, a break below supports can trigger a windfall of selling. 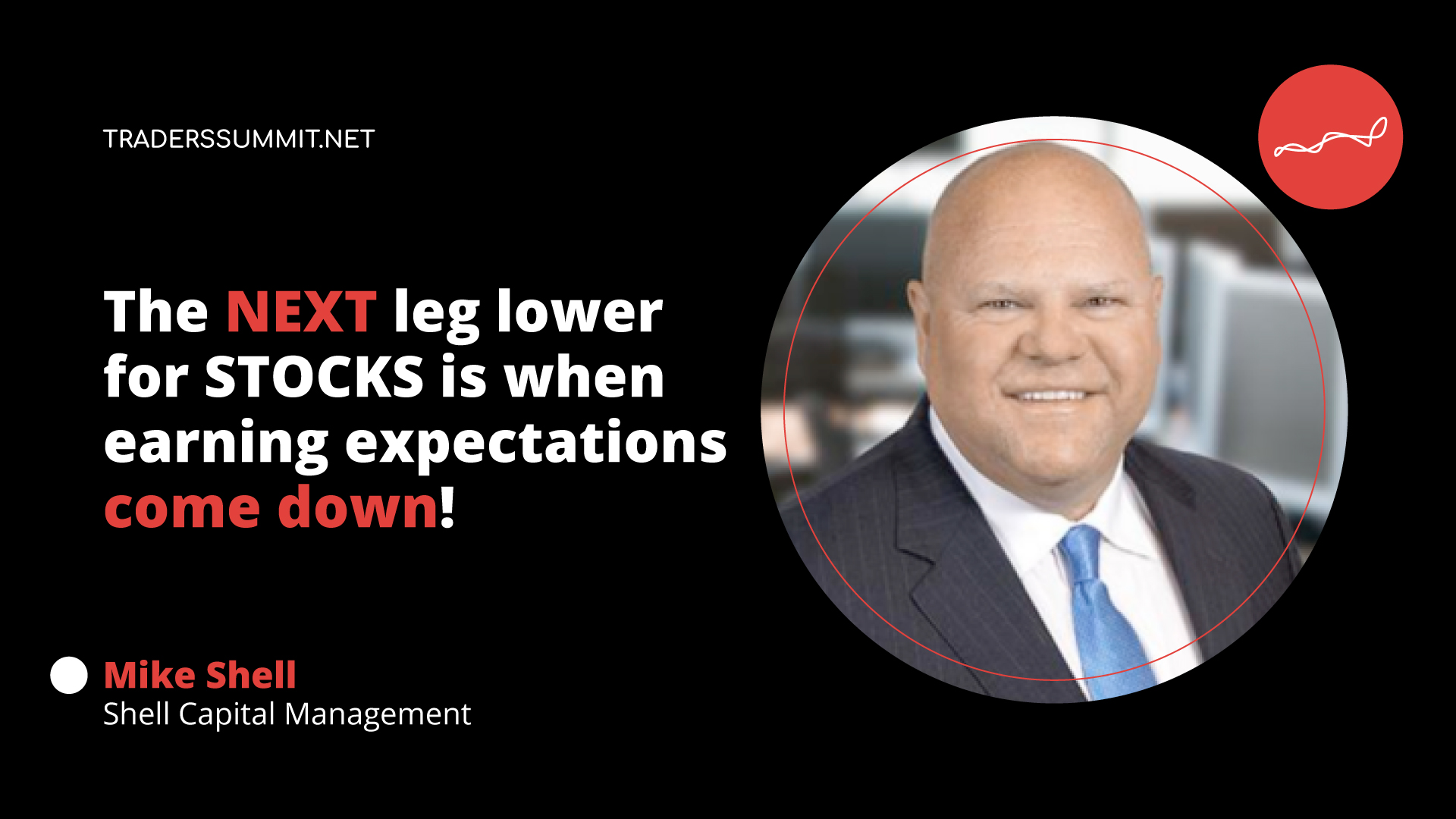 The NEXT leg lower for STOCKS is when earning expectations come down!