Fundamentals: Friday was a strong finish to a very choppy week. Large options open interest expired around the 4400 strikes on Friday and this certainly was one underlying force driving last week’s volatility. Bill Baruch joined the Yahoo Finance closing bell on Thursday and shared how dealers hedged Gamma upon Wednesday’s close below 4400, sparking a windfall of selling. In the same context, those dealers had to hedge, or buy, upon a sharp upside reversal through 4400. The result was another friendly Friday tape, but major U.S. benchmarks still finished the week in the red.

Dallas Fed President Kaplan spoke on Friday and his comments were seen as supportive to risk-assets. Although known as one of the more hawkish committee members, he does not vote until 2023. However, he pointed to the persisting pandemic uncertainties due to the Delta Variant and this poked holes in the taper narrative. Expectations have mounted for Fed Chair Powell to more clearly, if not officially, communicate a timeline to begin tapering the Federal Reserve’s monthly asset purchases at his Jackson Hole speech on Friday. The market certainly took notice of Kaplan’s comments; if one of the more hawkish members, whose vote does not count, could shy away from the taper conversation due to rising Delta cases, than those more dovish would too.

This is a terrific segue into news that China has zero new Covid cases for the first time in a month. According to these developments, China used draconian conditions to crush the virus in essentially 30 days, but the curve has also flattened across Europe, from the U.K. to France and Italy. Cases in the U.S. have risen sharply for a month now and local governments are taking steps to mitigate the spread. Given accelerating job growth and steady inflation far surpassing the Fed’s target, we find it far too early for the Fed to pivot from telegraphing a taper due to this wave of the pandemic. At the end of the day, they would still be easing at a historical pace and with rates at historical lows; they would still be making asset purchases and reinvesting their current holdings. We maintain the position that if this cyclical downturn in growth remains persistent through Q4 2021 and Q1 2022, the Fed will NEED tools in its toolbelt to respond. Without starting to taper their asset purchases now, their tools will have a limited impact when needed, because they certainly are not needed to the full extent right here, right now.

Flash PMIs from the U.S. for August are due at 8:45 am CT. Manufacturing is expected at 62.5, a touch slower than recent months, but still expanding at a historical pace. Similarly, Services are expected at 59.5, and this comes on the heels of ISM’s record-setting read for July. Both Manufacturing and Services from Europe came in a touch below expectations. However, the U.S. Dollar Index remains on its backfoot from Friday’s early high after those comments from Dallas Fed President Kaplan.

Technicals: Does Friday’s run continue, or will we see a ‘Turnaround Monday’? Despite what has become a high probability that Friday’s strength takes a breather on Mondays, the overnight has given us no signal of such. However, overnight and day sessions have literally become night and day from one another. Our momentum indicators are rising and for the S&P this aligns with Friday’s settlement to bring major three-star support down at 4434-4437. We will look to previous peaks from last week as our Pivot and point of balance at 4445-4449.75; although continued action above here paints a path of least resistance higher, there will still be unfinished business at Friday’s settlement. As for the NQ, our momentum indicator has risen to … Sign up for a Free Trial at Blue Line Futures to have our entire fundamental and technical outlook, actionable bias, and proprietary levels for the markets you trade emailed each morning.

Fundamentals: Crude Oil has rebounded sharply overnight, paring one third of last week’s losses. News of zero new cases in China has certainly provided a tailwind as it gives added light at the end of the Covid tunnel and a breath of fresh air to the demand landscape. Additionally, the U.S. Dollar has retreated from recent highs, underpinning the commodity landscape broadly. However, slower than anticipated Manufacturing PMI data from Japan, Europe, and the U.K. is an ever-present reminder of slowing growth. We now look to U.S. Flash PMIs at 8:45 am CT.

Technicals: Price action traded to a new low early last night before reversing sharply. We now have an outside bullish daily candle developing if Crude Oil can close above Friday’s high of 64.04. The overnight rally does face major three-star resistance overhead at … Sign up for a Free Trial at Blue Line Futures to have our entire fundamental and technical outlook, actionable bias, and proprietary levels for the markets you trade emailed each morning.

Fundamentals: Gold has achieved $1800 for the first time since slicing through around the release of Nonfarm Payroll on August 6th. U.S. Dollar weakness that began on Friday after what was taken as less-hawkish comments from Dallas Fed President Kaplan due to Delta Variant fears, has underpinned Gold against support at 1780 (please see additional comments in the S&P/NQ section). This U.S. Dollar weakness comes despite Flash PMI that underwhelmed in from Japan, the Eurozone, and the U.K. We now look to U.S. Flash PMIs for August at 8:45 am CT. Gold happens to be testing the 50-day moving average for the first time since August 4th. On this morning, a record-setting ISM Services read for July, coupled with hawkish comments from Fed Governor Clarida, helped the 50-day moving average reject Gold. Will a strong PMI report this morning have a similar impact, or will a miss encourage Gold’s first settlement above the 50-day moving average since June 16th? (When it settled ahead of the Fed meeting)

Technicals: Gold is sticking its nose above major three-star resistance at 1796-1799 and signaling a breakout of a bull flag pattern after steadfastly holding support at the 1780-1782 mark over the lest several sessions. Still, there is gap resistance at 1808.9 overhead. As for Silver, it remains a laggard and still has not recouped the August 6th settlement. Price action is pushing through first key resistance at 23.41-23.50, but seemingly has a tough road ahead until it can close above major three-star resistance at  … Sign up for a Free Trial at Blue Line Futures to have our entire fundamental and technical outlook, actionable bias, and proprietary levels for the markets you trade emailed each morning.

Frenemies Talk, But Progress is Elusive

A Whole Week of Fireworks Ahead! 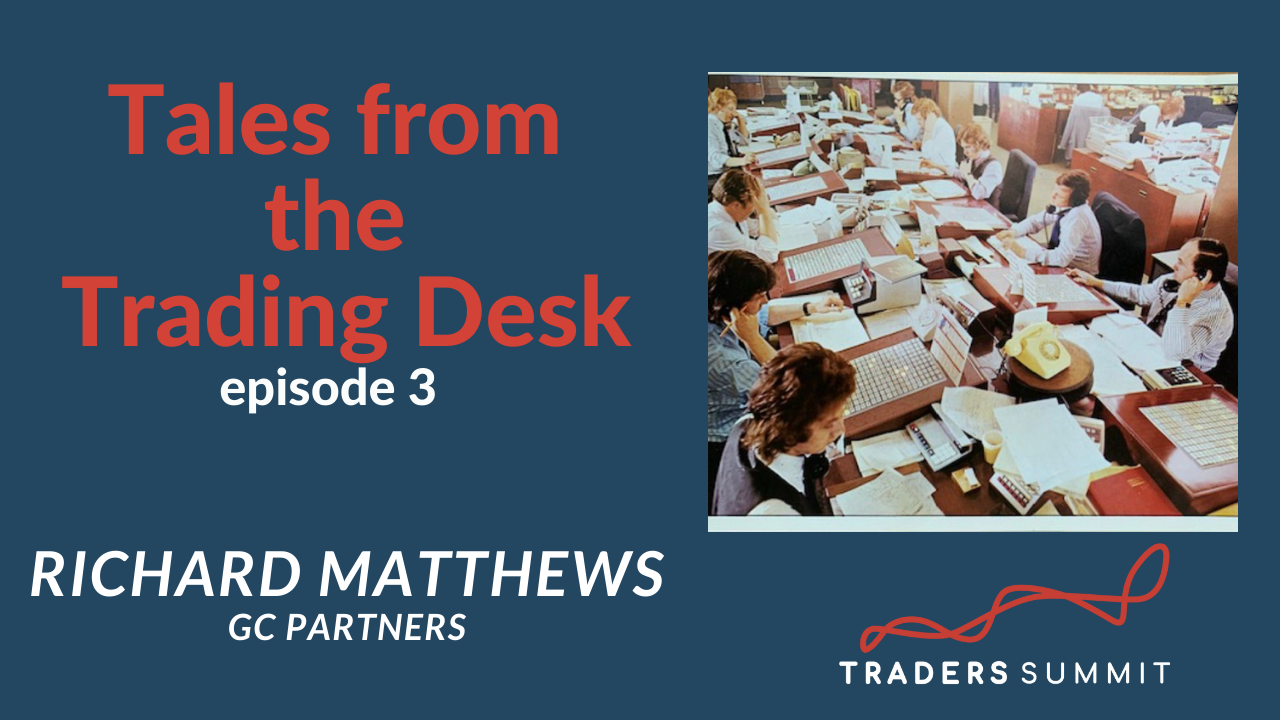 Tales from the Trading Desk with Dick Matthews – “Were other Stock Brokerage firms as CRAZY as Stratton Oakmont from the Wolf of Wall Street?”