Fundamentals: U.S. benchmarks gyrated off early session lows to round out another firm session at record levels. With infrastructure legislation expected to squeeze through the Senate today, the market does not seem to be worried about less dovish, or even hawkish, Fed speak. Yesterday, Atlanta Fed President Bostic, who has become very influential among the ranks, said the Fed should move to taper upon another strong month of job gains. Richmond Fed President Barkin echoed the same agenda. Both are 2021 voters. JOLTs Job Openings yesterday hit another fresh record, and on the heels of two nearly one million Nonfarm prints. Boston Fed President Rosengren pointed to the September meeting for an announcement. He and the currently hawkish St. Louis Fed President Bullard are 2022 voters. However, the market is not focused on Fed speak or the early signs of such underpinning Treasury yields, it is focused on action. When it comes to action, the latest data as of August 4th shows the Fed’s Balance Sheet expanded by $14.4 billion week over week.

Today, we look to comments from Chicago Fed President Evans, a 2021 voter at 1:30 pm CT. Nonfarm Productivity and Unit Labor Costs were both just below expectations this morning. The Treasury will auction $34 billion in 52-week Bills and $58 billion in 3-year Notes at noon CT. Tomorrow, we look to a crucial CPI read at 7:30 am CT and the Treasury to auction $41 billion of 10-year Notes that afternoon, in what could be a one-two punch opening a trap door in Treasuries.

Technicals: The market is exuding some exhaustion but refuses to give us a healthy pullback as it lurks at record highs. The trend is higher, and we still hold an overall upside target of 4620 in the S&P, however, timing a healthy pullback of 2-3% is no easy task. Overall, we must hold a Neutral Bias, but will look for opportunities to capitalize on current ranges. Our momentum indicators in each the S&P and NQ are edging ever so slightly higher, coming in at … Sign up for a Free Trial at Blue Line Futures to have our entire fundamental and technical outlook, actionable bias, and proprietary levels for the markets you trade emailed each morning.

Fundamentals: As we spoke of yesterday, steady action above 66.13-66.35 should pave the way for a test to unchanged on the week. Friday’s settlement was 68.28 and after settling a 66.48 yesterday, Crude traded to a high of 68.05 overnight. Crude remains vulnerable though given headwinds from China with mounting virus cases, a drop in imports for July, and underwhelming Manufacturing PMI data. All things considered, the correction was underway last week, but as Bill Baruch spoke of with TD Ameritrade yesterday, it was geopolitics between Israel and Lebanon “lobbing missiles back and forth” that helped a short-lived rebound into Friday’s failure. Also, expectations for slight draws across the board on tomorrow’s data have helped underpin this rebound ahead of the EIA’s Short-Term Energy Outlook due at 11:00 am CT. Lastly, the U.S. Dollar is regaining the limelight and continued strength has certainly proven to be a burden on commodity prices. The Dollar Index is back above what has become a psychological mark at 93.

Technicals: Price action traded steadily above the 66.13-66.35 level through the second half of the session yesterday and this paved the way for a test towards major three-star resistance at 68.28-68.53. Our momentum indicator comes in at … Sign up for a Free Trial at Blue Line Futures to have our entire fundamental and technical outlook, actionable bias, and proprietary levels for the markets you trade emailed each morning.

Fundamentals: Gold and Silver have quieted down, but make no mistake, metals remain extremely vulnerable as the U.S. Dollar Index rises to its July 21st high, the highest since March, and the 10-year yield moves off last week’s double bottom. As we said here yesterday, “such damage left overnight typically opens the door to another wave”. In our Midday Market Minute, we further spoke of the swing short opportunities this market is providing until it closes above 1763 and begins repairing the damage. However, again reiterating our tone yesterday, building a floor and rejecting the 1670 area is more important than immediately repairing the damage. We say this because we see such fundamental headwinds as Fed speakers turn less dovish and even hawkish. We say this ahead of tomorrow’s CPI data and 10-year auction. All of these are real headwinds to the precious metals sector. Has Gold and Silver overcompensated? Rejecting 1670-1700 will be necessary to prove such.

Technicals: Rebound attempts in each Gold and Silver have stayed completely contained by our lower slopping momentum indicators. These levels are denoted below as our Pivots and until we can see decisive action above, signaling exhaustion to the downside, Gold and Silver remain very vulnerable. We must then see a close above .. Sign up for a Free Trial at Blue Line Futures to have our entire fundamental and technical outlook, actionable bias, and proprietary levels for the markets you trade emailed each morning. 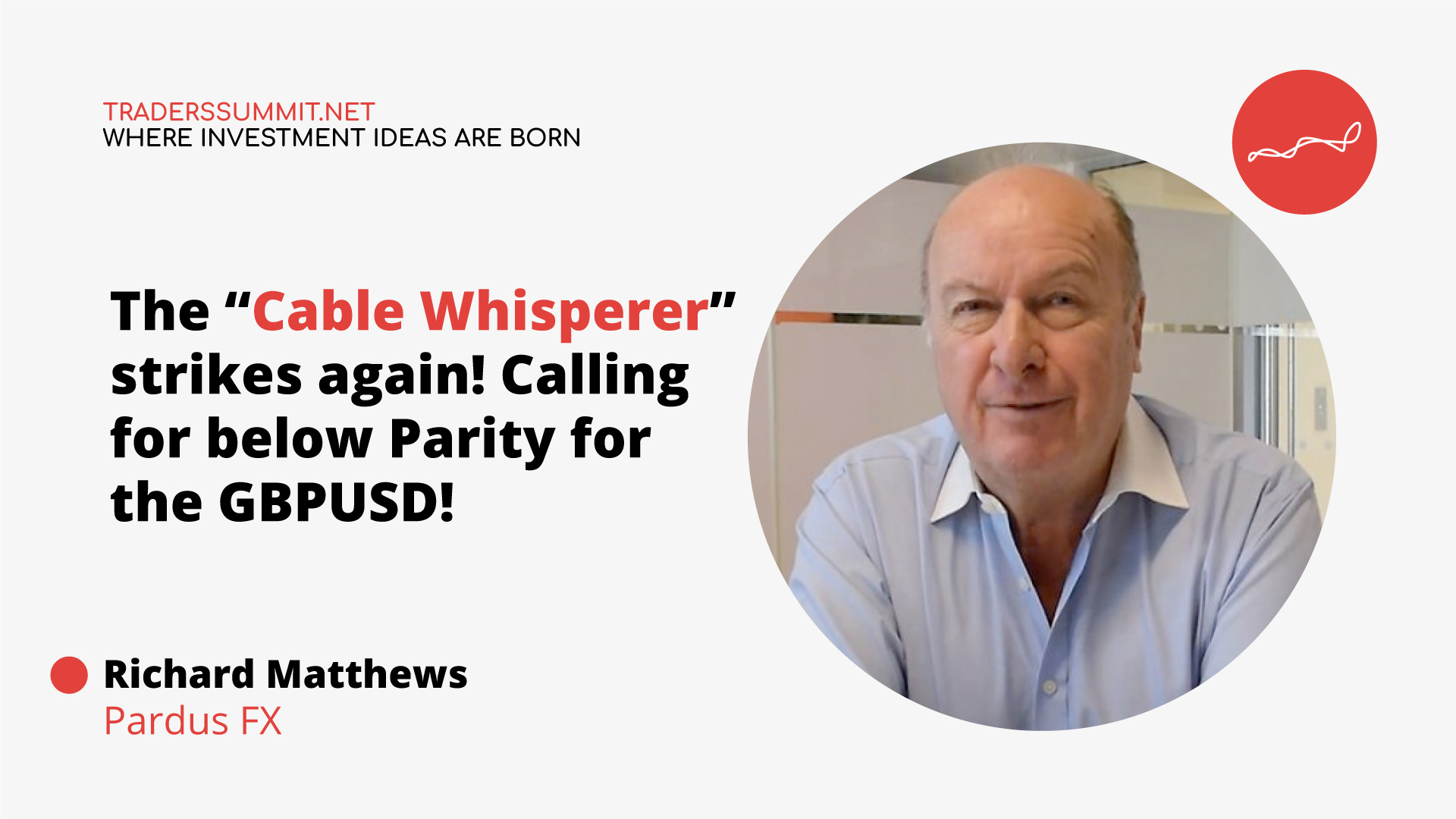 The “Cable Whisperer” strikes again! Calling for below Parity for the GBPUSD!

StockCharts TV: “US Equities – the ‘No Go’ Continues”