Attention Turns to US GDP, Ahead of Tomorrow’s EMU GDP and CPI

The Federal Reserve delivered its second consecutive 75 bp rate hike, and Chair Powell left the door open for another large hike at the next meeting in September. Yet, the market took away a dovish message and the dollar suffered, rates slipped, and equities rallied. Central banks with currencies pegged to the dollar had to hike too. This includes Hong Kong, Saudi Arabia, Bahrain, and UAE, which matched the move in full. Kuwait and Qatar hiked by 25 bp and 50 bp, respectively. With the exception of Taiwan and Hong Kong, equities in the Asia Pacific region rallied. Europe’s Stoxx 600 edged higher and saw its best level since June 10 today but has lost momentum as the session progressed. US futures are modestly lower after the strong gains yesterday and a rash of earnings today (Amazon, Apple, and Intel are among the highlights after the close today). Benchmark 10-year yields are quiet today. The US 10-year is around 2.77%, while European yields are little change and peripheral spreads are flat to slightly narrower. The dollar is mixed. Of note, the yen is strongest of the majors, testing its best level in around three weeks. Emerging market currencies are mixed and central European currencies, led by the Hungarian forint, are underperforming. Gold traders like what they heard from the Fed and after falling to $1680 last week approached $1750 today, moving above its 20-day moving average for the first time this month. September WTU is up 1.8% after yesterday’s nearly 2.5% gain. It is a little above $95. US natgas is 1.45% lower today after falling 3.4% yesterday amid signs that the heatwave may be breaking. After rising for the past six sessions, Europe’s natgas benchmark is broadly flat today. Iron ore continues its recovery, gaining for the fifth consecutive session and at new highs for the month. September copper is also firmed and has risen for the past four sessions. September wheat has recouped yesterday’s roughly 1.7% loss and is up around 2.25% today.

The Biden-Xi call today, the second of the year, is the tip of the proverbial iceberg. It does not appear to be much of a market factor. It is arguably being overshadowed by two other reports. The first suggests that the US military is making contingency plans for the Speaker of the House Pelosi to visit Taiwan. Once she signaled her intentions, and China objected, it is difficult for American politicians to back down without looking weak or what would be characterized as kowtowing. The second report says that the US Ronald Reagan aircraft carrier group left Singapore on Monday and headed toward the South China Sea after Beijing warned of retaliation for Pelosi’s visit.

Separately, Beijing appears to be stepping up efforts to support the property sector. Reports suggest that Chinese banks may extend CNY1 trillion (~$150 bln) loans to builders to finish stall construction after protests. The Financial Times reported that the PBOC would initially issue CNY200 bln of low interest rate loans (~1.75%) to state commercial banks, who, in turn, would leverage it up to five times. Without fully able to assess the magnitude of the problem, we suspect Chinese officials, like their US and European counterparts previously under-estimated the magnitude of the problem. Property prices have fallen for ten consecutive months.

Australia reported softer than expected June retail sales on the heels of yesterday’s slight miss on headline Q2 CPI. The 0.2% increase in retail sales was less than half of what was expected, an adding insult to injury the May series was revised lower (0.7% vs. 0.9%). The June increase was the weakest since May 2021. Separately, Australia’s Treasurer Chalmers warned that the CPI, which stood at 6.1% in Q2 will likely rise to 7.75% by the end of the year before slowing to 3.5% by the end of next year, and 2.75% by mid-2024. The central bank meets next week. The market has about around a 75% chance of a 50 bp hike, which would bring the cash target rate to 1.85%. The year-end rate is at 3.15%, down from a little more than 3.50% in the middle of last week.

What the market heard as a dovish Fed, despite the 75 bp increase in the Fed funds target range, has seen the dollar take another step lower against the Japanese yen. Recall that the dollar peaked near JPY139.40 on July 14. It has worked its way lower and yesterday settled below its 20-day moving average for the fourth consecutive session. Yesterday, the five-day moving average slipped below the 20-day moving average for the first time since early June. The greenback approached JPY135.10 today. The month’s low is about JPY134.75. Market talk suggests levered accounts have begun reducing short yen positions. Initial resistance is seen now near JPY136.00. We had suspected a new range phase had been entered and saw the JPY134.50-JPY135.00 as the lower end of the range. The Australian dollar is firm as it tries to establish a foothold above $0.7000. The next upside target is near $0.7055, the (61.8%) retracement objective of the decline from the early June high around $0.7285. However, options for about A$335 mln at $0.7020 that expire today may initially slow the progress. The dollar’s sell-off after the Fed’s announcement yesterday saw it gap lower against the Chinese yuan today. It fell to about CNY6.7370, just ahead of the 20-day moving average. The gap is found between yesterday’s low (~CNY6.7505) and today’s high (~CNY6.7490). The PBOC set the dollar’s reference rate at CNY6.7411, the tightest in several days against expectations (median in Bloomberg’s survey) for CNY6.7409.

Italy’s center-right parties are so confident of victory in the September 25 election that they met yesterday to agree on how to pick the next prime minister. The Brothers of Italy is the most popular party is a fragmented party system according to polls. The leader of the largest party tends to be the next premier, and this rule is likely to be maintained. However, press reports suggest that the League and Forza Italia are balking at accepting Giorgia Meloni, the leader of the Brothers of Italy as the leader of the coalition. Forza Italia (Berlusconi) is drawing less than 9% support in the polls and yet is pushing one of its own, former EC minister and previously president of the European parliament instead. One takeaway from the wrangling is that the idea of Italy leaving the EMU has waned and Meloni is supportive of NATO too.

German states have reported July inflation readings, and they are a mixed back. Six states have reported. Two states, North Rhine Westphalia and Bavaria showed an increase in the year-over-year rate, while two showed a decline (Saxony and Hesse), while one was unchanged (Baden Wuerttemberg). The national figure, out shortly, was projected to rise 0.4% on the month and tick down to 8.1% from 8.2% year-over-year on the EU harmonized measure. Tomorrow, the eurozone’s preliminary July CPI is due. The year-over-year headline and core are expected to edge higher (8.7% from 8.6% and 3.9% from 3.7%, respectively). The first estimate for Q2 GDP will be made at the same time. It is expected to have expanded by 0.2% after 0.6% growth in Q1.

As widely anticipated, the Federal Reserve delivered its second 75 bp hike in a row, lifting the target range to 2.25%-2.50%. There is no doubt that the Fed will continue to hike rates. The Fed funds futures show a roughly 40% chance that the Fed follows this up with another 75 bp hike at its next meeting in September. Subjectively, this looks high. The Fed’s statement acknowledged that spending and production had softened. This statement would be an early candidate to expand on in futures statements, allowing a more moderate pace of increases going forward. Once again, as the press conference got underway, the market heard a dovish Chair and took the dollar lower. He explicitly refused to give the market forward guidance but saying that the September meeting was data dependent with the Fed funds at where the Fed regards as neutral. Powell also admitted that the Fed wants to see the economy grow below potential for some time to take pressure off supply.

With the Fed meeting behind us, attention turns to today Q2 GDP estimate. What is striking is that the two touchstones are pointing in opposite directions. After a smaller than expected trade deficit, stronger than expected wholesale and retail inventory increases and stronger than expected durable goods shipments, the Atlanta Fed’s GDP tracker is look at a 1.2% contraction instead of 1.6%. On the other hand, economists also likely raised their forecasts and the median and average forecasts in Bloomberg’s survey were already looking for a small expansion. One money center bank doubled its Q2 GDP forecast to 1.4% after yesterday’s data. As a last note, without the drag from the slower inventory accumulation, many models, including the Atlanta Fed’s were show positive growth. For a better read on the underlying state of the economy, final sales to private domestic purchasers (GDP, excluding trade, inventories, and government expenditures. It rose by 3% in Q1. As Powell’s remarks yesterday indicate that a negative GDP print today would be scrutinized, but given the strength of the labor market, it is not likely to convince Fed officials that the economy is indeed in a recession. Lastly, we note that the Congress looks like it will approve the semiconductor sector support bill and a deal apparently struck with Senator Manchin on a fiscal package that boosts revenues (taxes) by almost $740 bln and lifts spending by about $435 bln, to cut the deficit by $300 bln.

Although US futures are trading lower, the Canadian dollar is slightly firmer at its best level since mid-June. The US dollar is straddling the CAD1.28 area. Options for $770 mln at CAD1.2810 that expire today have been likely neutralized. The CAD1.2785 area holds the (61.8%) retracement of the greenback’s rally from around CAD1.2520 in early June. We suspect the US dollar may test the CAD1.2830-40 area first. Mexico reported a June trade deficit yesterday that was three-times larger than expected, but this did not derail the peso, which rose against the US dollar for the fourth consecutive session. The greenback is consolidating today within yesterday’s range but has holding mostly below the 200-day moving average (~MXN20.43). Key support is seen near MXN20.29. 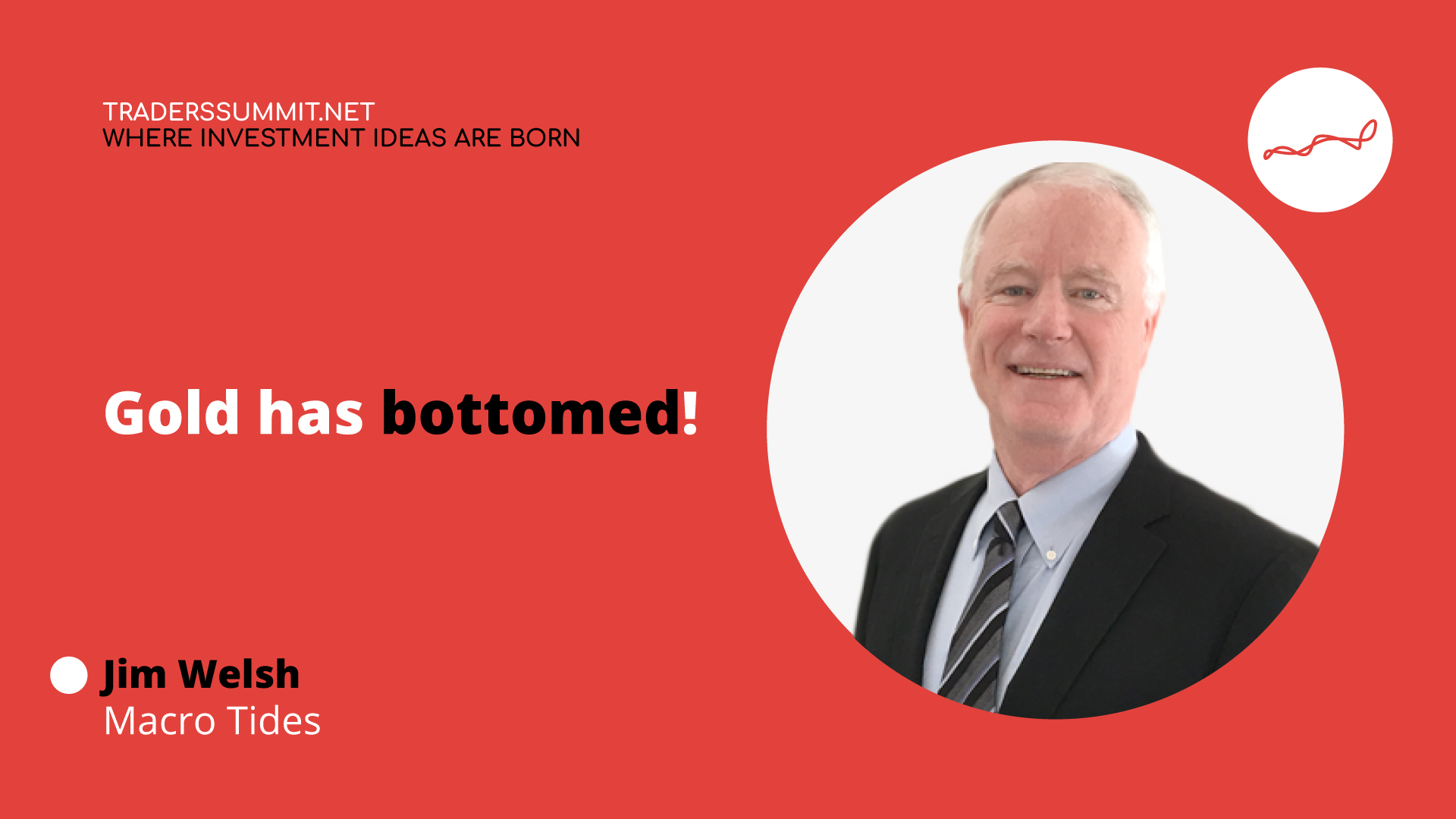